5 Big Moments From The 2022 Latin Grammys, Including Historic And Record Setting Wins

The 2022 Latin Grammys were one for the record books, and the history books if we are being honest. The 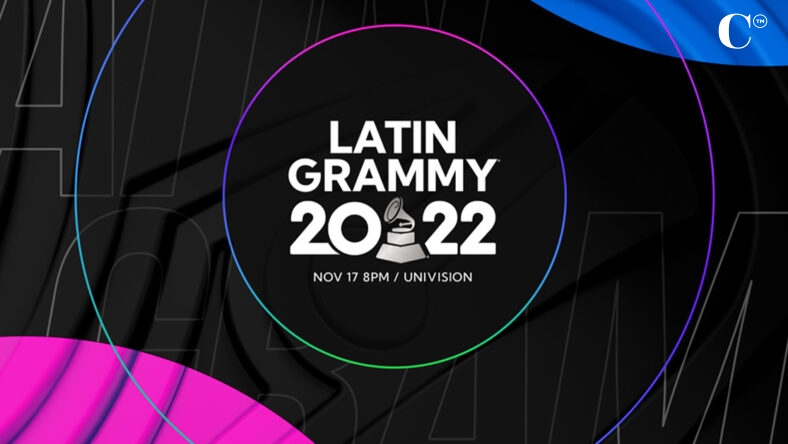 The 2022 Latin Grammys were one for the record books, and the history books if we are being honest. The annual awards show, held in Las Vegas at the Michelob Ultra Arena on Thursday night, celebrated the best in Latin music over the past year. Though Bad Bunny, the artist with the most nominations (10) was notably absent, the spotlight undoubtably belonged to Rosalía.

Let’s take a look at five of the biggest moments from the 2022 Latin Grammys.

Rosalía Takes Album of The Year at 2022 Grammys

Spanish singer Rosalía started the evening with eight nominations. At the end of the night, she would have four statues to add to her mantel. One of those wins included the biggest award of the night, album of the year. “Motomami” is a digital release and is the singers third studio album. The win came as a shock to some as it was widely believed Bad Bunny would take home that prize. Others in the category included Bomba Estéreo, Jorge Drexler, Marc Anthony, Elsa y Elmar, Fonseca and Christina Aguilera.

Rosalía’s win made her the first woman to win album of the year twice. Her previous win was in 2019 for her second album “El Mal Querer.” While accepting the award Rosalía fought back tears saying that “Motomami” was an album that she “had to fight the most to make.” She also gave a shout out to the “love of my life,” Rauw Alejandro. “Baby, I love you,” she said from the stage.

The couple appeared together briefly during Rosalía’s performance of “Despechá” and in that short amount of time, left little to be questioned about their relationship status. Alejandro himself was nominated for eight Grammys, the second most nominated artist this year.

File this in the “My grandma is cooler than yours” category. Angela Alvarez tied alongside Silvana Estrada for the win in best new artist. The tie isn’t the historic part, it is Alvarez’s age. The Cuban native is 95 years old. She is the oldest musician to ever receive a best new artist nomination. Alvarez gave a touching speech giving thanks to the Recording Academy and added, “to those who have not fulfilled their dream, although life is difficult, there is always a way out, and with faith and love you can achieve it,” said Álvarez. “I promise you, it’s never too late.”

Two decades plus after her win in the Latin Grammy for female pop vocal album, Christina Aguileria took home another Latin Grammy for her 2022 Spanish-language album “Aguilera.” The new album and win marks a return to the singer’s Latin roots. “Mi Reflejo”, her second studio album and first Latin album was released in 2000. At the awards show last night Christina performed with Mexican singer Christian Nodal during their joint mariachi number, “Cuando Me Dé la Gana.”

The Latin Grammys (much like the CMA’s) saw some of the most eclectic and exciting live collaborations to date. Sebastián Yatra and John Legend performed “Tacones Rojos” on stage. Yatra took home a Lain Grammy before the show even began for “Tacones Rojos” in a tie for Best Pop Song with Jorge Drexler’s “La Guerrilla De La Concordia.”  Later, he won his second Latin GRAMMY, for Best Pop Vocal Album.

Speaking of Jorge Drexler, he too took home some Grammy gold while also having one of the best live collabs on stage with Elvis Costello. The Uruguayan doctor turned singer-songwriter in the ‘90s would end up with seven awards at the end of the evening beating out both Bad Bunny and Rosalía. His lifetime Latin Grammy count is now at 14. “I want to dedicate this award to those who make urban music,” he declared. “You have taken the language, the Spanish language, to places on the planet that we had never reached before.”

Person of the Year

Marco Antonio Solís was this year’s Latin Grammy Person of the Year honoree. Several moments paid respect to Solís during the evening. That included performances by Mexican artists Sin Bandera and Carin León who sang “¿A Dónde Vamos A Parar?” That was followed up with Goyo, Aymée Nuviola and Gente De Zona who performed a version of “Más Que Tu Amigo.” Then Solís himself took to the stage with Mariachi Sol de México de José Hernández and of course Los Bukis.

“I never gave up what I love to do. I think it is a message for the youth who see us, that they do not give up what they love to do,” Solís said while accepting the lifetime achievement award. “My heart is flooded with gratitude. Congratulations to all the nominees, all the winners, and to everyone who’s dreaming of being up here one day,” Solís said. “Don’t lose your faith. One day you’ll be up here.”