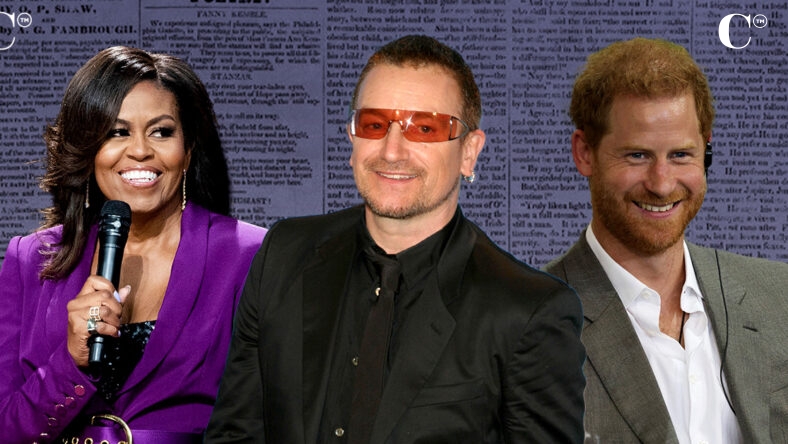 Celebrity books sit at the cross section of Book Worm Avenue and Nosy Nelly Lane in the town of pop culture. And boy oh boy will this intersection get congested in coming weeks. Memoirs are especially desirable for fans as they shed light on aspects of a celebrity’s life that otherwise was hidden from view. Celebs love them because it’s one of the few places where they get to control the narrative.

Regardless of the reason, there are some intriguing and provocative books that have either just arrived, or are on the way. So, grab your coffee and either head to the bookstore or grab your kindle. Here are the five titles that you’ll want to put at the top of your reading list.

5 Celebrity Books To Lookout For

Friends, Lovers, and the Big Terrible Thing: A Memoir by Matthew Perry (November 1, 2022)

Matthew Perry has been all the talk in the celeb book world as of late with his book. The Friends star gets real and raw in the already released book. Perry drops revelations that range from stealing prescription drugs out of open houses, to admitting he was on 55 pills a day at one point. With a foreword by fellow friend Lisa Kudrow, Friends, Lovers, and the Big Terrible Thing, the book gives readers a first hand account of Perry’s struggles

U2 lead singer Bono has opted to use his pen to write a book, rather than music with Surrender: 40 Songs, One Story. In this memoir, the iconic musician takes fans through his early days in Ireland, the rise of his unlikely rise to fame and this activism.

He writes, “When I started to write this book, I was hoping to draw in detail what I’d previously only sketched in songs. The people, places, and possibilities in my life. Surrender is a word freighted with meaning for me. I am still grappling with this most humbling of commands. In the band, in my marriage, in my faith, in my life as an activist. Surrender is the story of one pilgrim’s lack of progress … With a fair amount of fun along the way.”

The Light We Carry: Overcoming in Uncertain Times by Michelle Obama  (November 15, 2022)

The former First Lady is following up her memoir Becoming with The Light We Carry. In this book rather than focus on the negative state of our country, Obama equips readers with wisdom and strategies for remaining optimistic.

Drawing from her experience as a mother, a daughter, a wife and the First Lady, Obama challenges readers with questions like: How can we discover strength and community inside our differences? What do we do when it all starts to feel like too much? What tools do we use to address feelings of self-doubt or helplessness?

The Light We Carry dares its readers to examine their own lives and challenges them to connect with intention and meaning in a turbulent world.

Prince Harry is offering up a look into one of the most famous families on the globe. The Duke of Sussex will offer up a look into his childhood, his military service and his decision to step away from his duties as a royal. Even though the book isn’t released until January 10, preorders for this much anticipated book are high. Ironically Spare is #2 on the Amazon non-fiction book chart.

If the interest in the Hulu show Pam and Tommy was not enough for you, here is your shot to hear more of the story from the source itself – well, that among so many other things. Yes, you likely know of her time in Playboy and her leaked sex tape. However, in her memoir, Love, Pamela she talks of her love of literature, her time on Broadway and being a mother in the spotlight. What must it be like to be Pamela Anderson? Well, you’ll soon find out.