Like most of the women on 90 Day Fiance, Jasmine Pineda has faced her fair share of accusations that she's 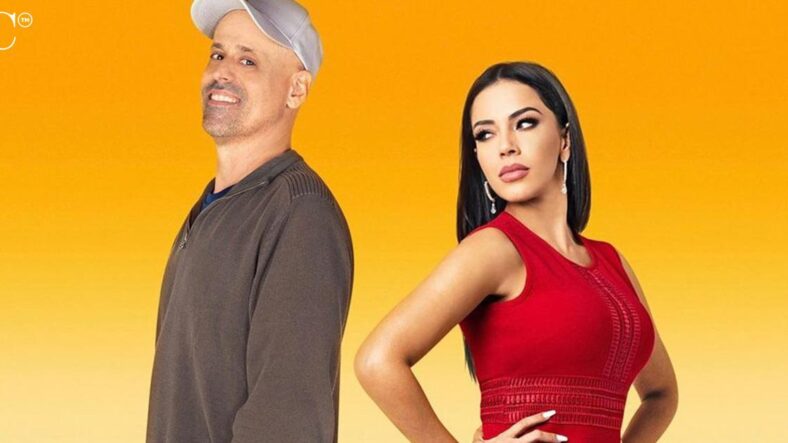 Like most of the women on 90 Day Fiance, Jasmine Pineda has faced her fair share of accusations that she's a gold-digger in her relationship with Gino Palazzolo. It's pretty much assumed by critics that all the men are rich, and all the women are in it for the money. But Pineda thinks that's laughable.

To Marry for Money, He’s Got to Be Richer

Although they haven't discussed it on 90 Day Fiance, speculation has been rampant online about whether or not Pineda would sign a prenuptial agreement now that the pair are officially on the path to wedded bliss. Merriam-Webster defines a prenuptial as, "an agreement made between two people before marrying that establishes rights to property and support in the event of divorce or death."

A prenup can include stipulations for what would happen to the money if, say, one spouse were unfaithful – or if one or both were unsatisfied with the arrangement. In a wealthy pairing, it's often done to protect money from being seized as a common asset or being evenly divided if one person has significantly more money than the other.

And Pineda thinks it's a silly idea for her and Palazzolo. Screenrant writes, "While the Michigan resident hasn't talked to Jasmine about the prenup agreement on 90 Day Fiancé: Before the 90 Days, she is already revealing her honest feelings about it on Instagram. Jasmine posted an Instagram Story suggesting that she isn't willing to sign the agreement. She said that people get married only for two reasons, which are love or money. She added, 'If you're gonna get married for money, marry someone who is filthy rich. Like unlimited budget.' Jasmine hit back at her critics by saying, 'What a joke people saying it's for money because of someone who paid one month of rent. But I appreciate the gesture.'"

Basically, Pineda is saying that if she was marrying for money – she'd aim higher than Palazzolo. In a way, it's sweet. Obviously, she doesn't feel like she's in it for his money. Then again, it's a bit of an ego bruise for Palazzolo. Hopefully they shared a good laugh after the post. It turns out he may be too scared to bring the topic up with Pineda due to her explosive temper; hopefully, they've at least touched base about it and are in agreement.

Going from Hello to “I Do”

Clearly then, for Pineda – the relationship is built in something other than money. So how did they go from chatting online to getting ready to tie the knot? They first met online through an international dating service. They exchanged texts back and forth for about nine months before deciding to meet in person.

When Palazzolo first flew to Panama to meet with his sweetheart, he brought a ring with him. It was clear from that moment that Palazzolo expected things to get serious, fast – and he was ready to take things to the next step. Even without having met Pineda in person first. In fact, Palazzolo admits that he hoped Pineda would get pregnant on their first meeting. Palazzolo clearly has no trouble going from 0 to 100.

Unfortunately, it turns out that Pineda deals with some pretty serious anger issues. It was a bit of a shock for the laid-back Palozzolo, but they seemed to work through it and he popped the question. She said yes, of course.

The rest appears to be history – so far. Pineda recently shared images of Palazzolo looking comfortable in the kitchen on her Instagram, as well as behind the scenes pics of her prepping for the 90 Day tell all episode. It also appears that they're getting a bunny, as Pineda shared the news along with an adorable picture of a white bunny with a giant pink bow.

Most curiously though was an Instagram story shared of Palazzolo holding a pink hat and booties with the caption, "Crossing our fingers it's a princess" along with an image of him hugging a giant teddy bear with the caption, "Daddy to be."

This development comes on the heels of Pineda playfully teasing what their future children might look like using a predictive app last week – was she hinting at news to come? Either way, despite their ups and downs and her questionable hold on her temper – they seem to be rock solid and headed for marital bliss, prenup or no.