90 Day Fiance star Nicole Nafziger is frequently the rumor of tons of tabloid fodder and rumors. As of late, these rumors have 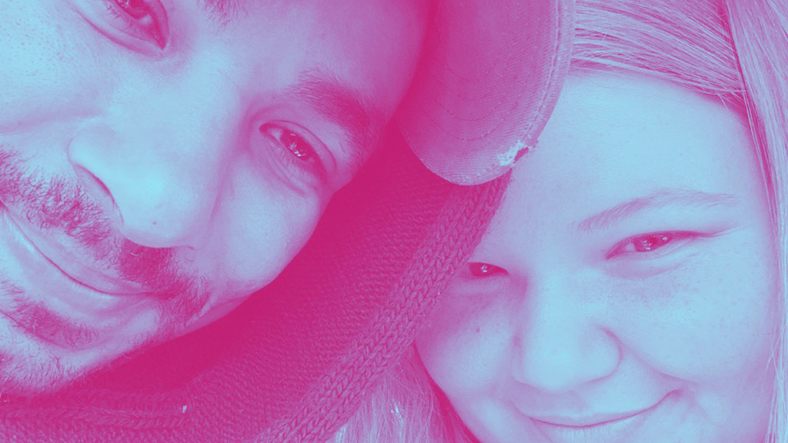 90 Day Fiance star Nicole Nafziger is frequently the rumor of tons of tabloid fodder and rumors. As of late, these rumors have included that she’s pregnant, she abandoned her daughter May to go to Morocco (before quarantine began), refused to return to the USA for her daughter, and more.

At CELEB, we love it when rumors can be put to bed, especially when it’s the person the rumors are about speaking out to address them. We recently caught up with Nafziger, and addressed each rumor with her.

We first asked Nafziger to explain the timeline surrounding when she decided to go to Morocco to visit Azan Tefou, specifically with when the pandemic began becoming a major issue in the United States of America.

“I purchased my ticket to go visit Azan about a month ahead of time,” Nafziger revealed to CELEB. “When it was time for me to visit, I only made it for two weeks. I knew I couldn’t go long and it was 2 years since we saw each other, so I was happy just to get these two weeks with him.”

“May still had school so my Mom took care of her while I went on my short vacation,” Nafziger continued. “Even at the time of my flying out, there wasn’t anything about the US or Morocco closing borders and going into lockdown. Everything seemed to happen really fast about a week into my trip. I figured if I just wait this out, that I could fly home in about a month, maybe two at the most. My Mom agreed and just told me to do what I thought was best.”

“It hurt not getting back to May but I knew it wouldn’t be long before I got home,” Nafziger added. 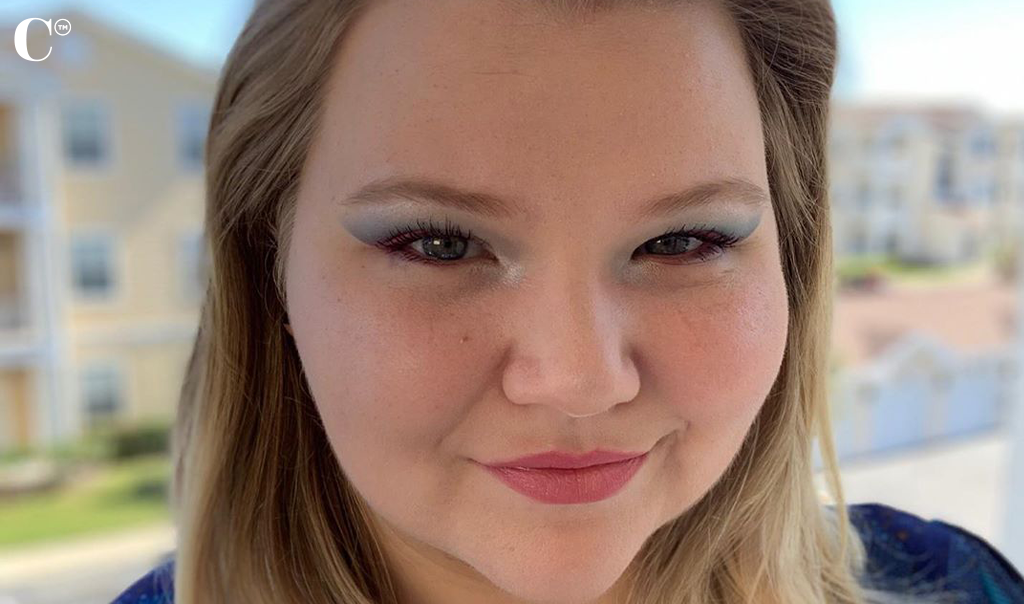 We then asked Nafziger to speak on the rumor she had “abandoned May” by going on her trip to see Azan and not returning for months.

“I did not abandon my daughter,” Nafziger explicitly told CELEB. “I have never done that in my life.”

“My daughter means everything to me,” Nafziger continued sharing, “and I want her to experience the best things in life with me, including traveling. May was in the safe care of my mother and my sister.”

Nafziger added that “When the lockdown happened my mom was so supportive and told me not to worry about May, that they would keep her safe. People say what they want about me, but if they really got to know me instead of just the ‘show me,’ they would know how much I love my daughter.”

We then asked Nafziger if she could explain why she didn’t return to the United States earlier than she did, as this was a point of contention with many critics.

“I wasn’t able to return because Morocco closed their borders about a week after I arrived there,” Nafziger revealed to CELEB. “It happened pretty fast too.”

Nafziger did explain that she could have potentially gotten an earlier flight, but her concern about the pandemic made her stay put.

“There were flights that the US made for citizens to return home,” Nafziger elaborated, “but I was so nervous about it. I thought it would be overcrowded and maybe I wouldn’t even get on. I didn’t know what to think, and with the news of the virus getting worse, I was scared. I just wanted to wait it out to see the borders opened and then I would get to fly home.”

“Our time together was really great,” Nafziger shared with CELEB of her time spent away with Tefou. “It was unexpected extra time together, but after not seeing each other for over 2 years, we were so happy to have this time together without cameras to really talk about our past and how we are and want to be as a couple going into the future together.”

“This was our first trip ever together where we didn’t have cameras following us at all,” Nafziger added. “It was very nice.” 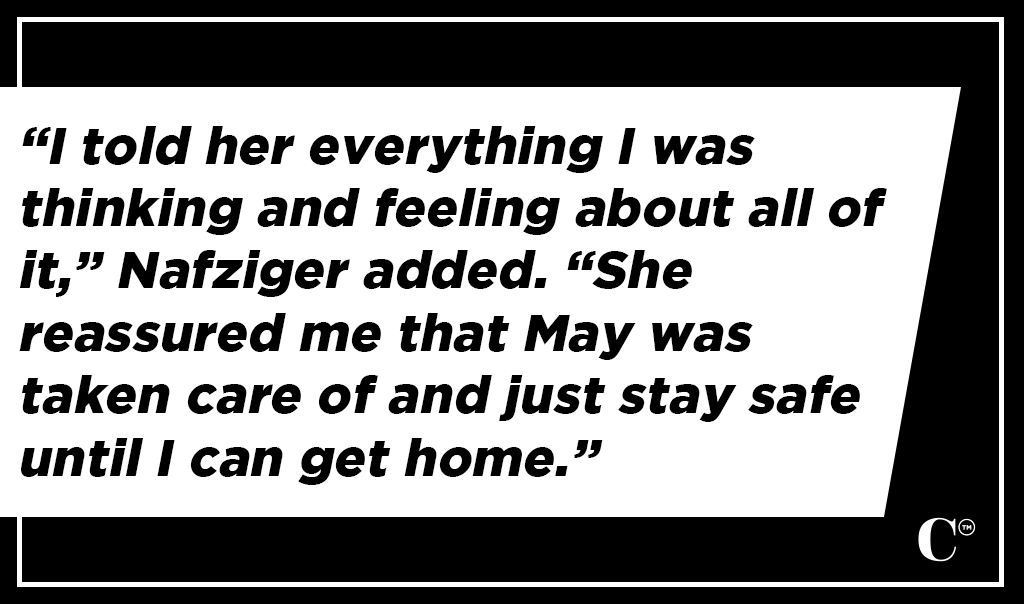 There was a rumor that Nafziger didn’t actually go to visit Tefou and was actually home the entire time, faking the visit.

“I don’t understand why people think I would fake a visit with Azan just so people can call me a bad Mom,” Nafziger stated to CELEB. “ It doesn’t make sense at all.”

To be clear, Nafziger explicitly stated “No, I didn’t fake a visit with Azan. I was going to post more of my trip, but when the lockdown happened, I had more things on my mind.”

Rumor 6- Azan Is Already Married With A Child

There has been a long-standing rumor that Tefou is already married and ha a child. We were interested to see what Nafziger would say to this.

“This is the most ridiculous rumor I’ve heard of Azan yet,” Nafziger dished to CELEB. “Whoever’s ‘source’ this was really should have fact-checked this first.”

“It’s completely fake,” Nafziger elaborated. “When Azan and I applied for the K1 a while back, you have to have a paper that says you’re single(not married). I saw that paper because I had to put the packet together.”

“As much as people might want to paint me this way,” Nafziger added, “I am not a desperate person for love that I would spend all this time on someone who was married. I wouldn’t do it.”

“The point is Azan is not married yet,” Nafziger stated again. “And when he is, I will be his first and only wife.” 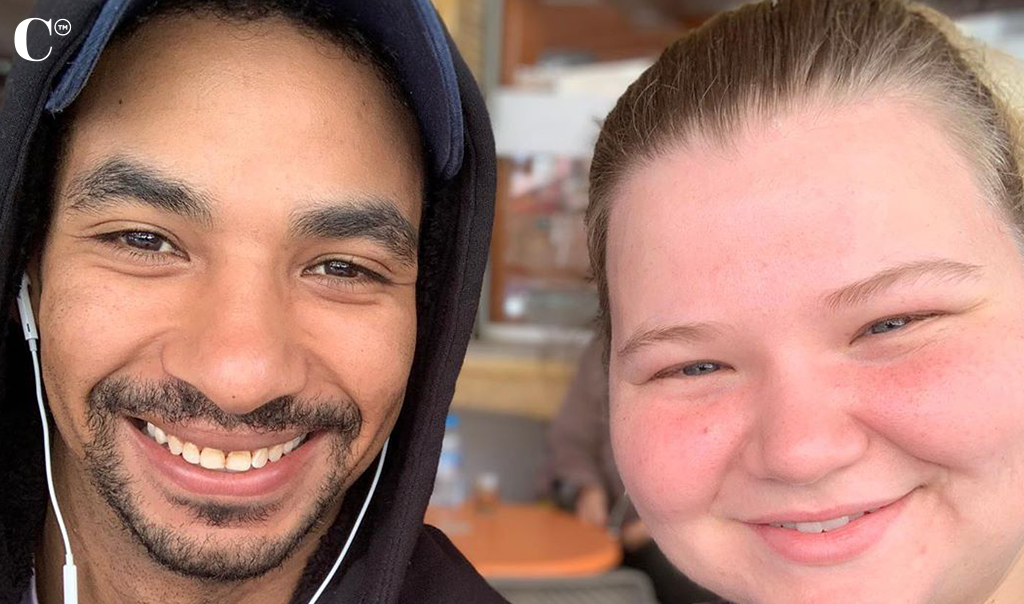 When Nafziger’s trip was extended, many were curious and talking about how her Mom reacted to her being delayed in returning.

“She didn’t expect that to happen during my trip,” Nafziger shared with CELEB. “But she was supportive of how I was going to approach it.”

“I told her everything I was thinking and feeling about all of it,” Nafziger added. “She reassured me that May was taken care of and just stay safe until I can get home.”

Rumor 8- Staying In Touch With May

When people talked about Nafziger being gone for an extended time, many were curious if and how she was staying in touch with her daughter.

“I called May almost every day,” Nafziger shared with CELEB. “There were even times when I tried to talk to her and she would ask if she could call me later.”

“I missed May so much when I was gone,” Nafziger re-iterated. “She’s my best friend and I love her so much. I missed her smile and laughter and I was ready to have her back with me.”

Rumor 9- Reuniting With May 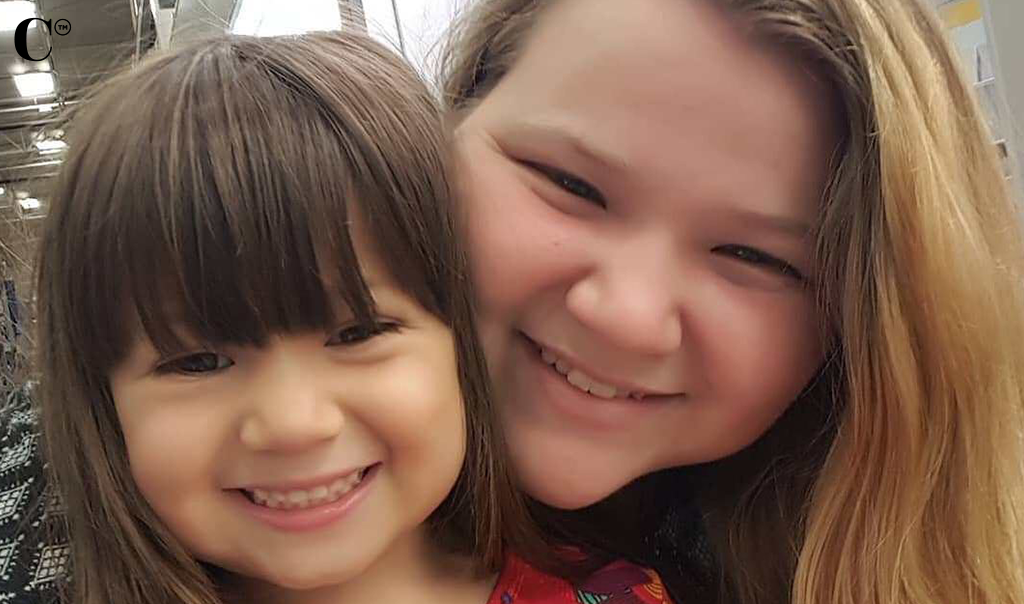 Nafziger went on to share with us that she did officially reunite with her daughter.

“I saw her as soon as I got out of my plane and it was so amazing,” Nafziger revealed. “She got taller and it just was the cutest thing to me. We hugged so much and exchanged so many kisses. It was great.”

We wrapped our trip down the rumor-mill lane by asking Nafziger if she was pregnant, which has been a rumor that has been circulating online for a few months.

“I am not pregnant,” Nafziger confirmed to CELEB.

“Azan and I definitely will make plans for a baby in our future after marriage,” Nafziger added.

Where Does This Leave Things?

This really should put to bed almost all of the long-standing rumors that have been circulating about Nafziger. Unfortunately, as happens with most reality TV stars, there likely will be more to come. Knowing that Nafziger will address them, though, helps in sifting through what is just gossip and what is true.