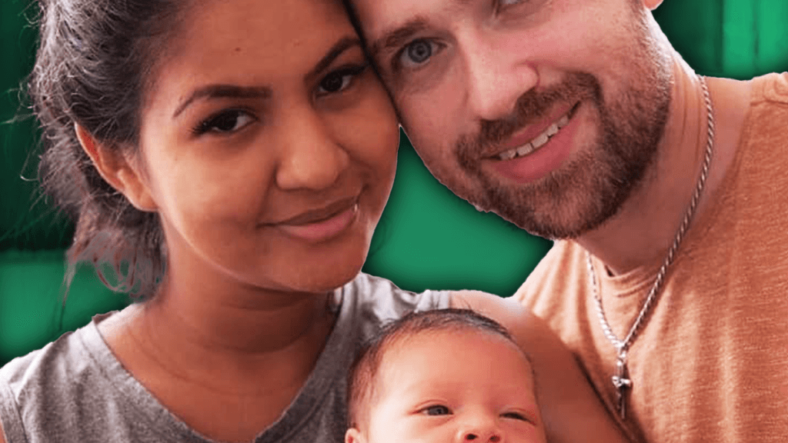 To say the past few days have been some of the craziest in the 90 Day Fiance world in regards to stars Paul Staehle and Karine Stahle would be an understatement.

While each day new details emerge surrounding their crazy situation, today in the latest of their ongoing saga, Paul has now shared video camera footage in which he alleges Karine assaulted him.

What Led Up To This Drama In The Staehle House?

Here’s a brief overview of what’s gone down thus far:

So what’s going on now?

A video on Paul’s Instagram that was posted 2 days ago is entitled “Recording Before Statement Of Accusations Was Written” and features some interesting dialogue.

As Paul had mentioned to the police, he has cameras around his house and this was footage taken from when they came out to visit him, prior to Karine’s restraining order being filed.

In the video, you see Paul holding Pierre, and the police officer talking to someone (perhaps Karine’s attorney that she had been texting).

“There’s nothing criminal happening,” the police officer notes to the woman on the other side of the door.

“I’ve got cameras,” Paul states, “so she can’t keep me for domestic violence.”

“That’s not even happening,” the officer assures Paul.

The woman speaking then asks the police officer to take Karine somewhere. The officer states “we will gladly take her somewhere if she wants to go somewhere.”

The woman then tries to push the police officer to take Karine to the precinct to file a restraining order.

“That’s not how any of this works,” the officer explains. “They’re not gonna do a restraining order if there’s no violence.”

“I have her on camera assaulting me, just so you know,” Paul pipes in, as the officer tells him to “chill.”

The woman speaking seems to continue to push for the restraining order, noting “psychology, violence, and other kinds of violence.” The officer, however, informs her that it is not a crime to yell at people. It’s not a crime to be disrespectful to someone.”

Here is the video where Paul says Karine assaulted him:

So What Now For Paul And Karine?

What will happen next remains to be seen, but seeing as this story has had new developments daily, something tells us we will be having more news on this soon. Make sure to stay tuned for all the latest updates on this continually developing situation.