It has certainly been quite the few weeks for 90 Day Fiance stars Paul Staehle and his estranged wife, Karine. To provide a quick recap,

It has certainly been quite the few weeks for 90 Day Fiance stars Paul Staehle and his estranged wife, Karine. To provide a quick recap, here’s what went down beginning at the end of last month, and continuing to today:

Karine Calls The Police On Paul

While that is a lot to digest, we were expecting to not hear a lot until court, which occurs tomorrow; however, Paul returned to his Instagram story today to share a new statement.

What did he have to say? 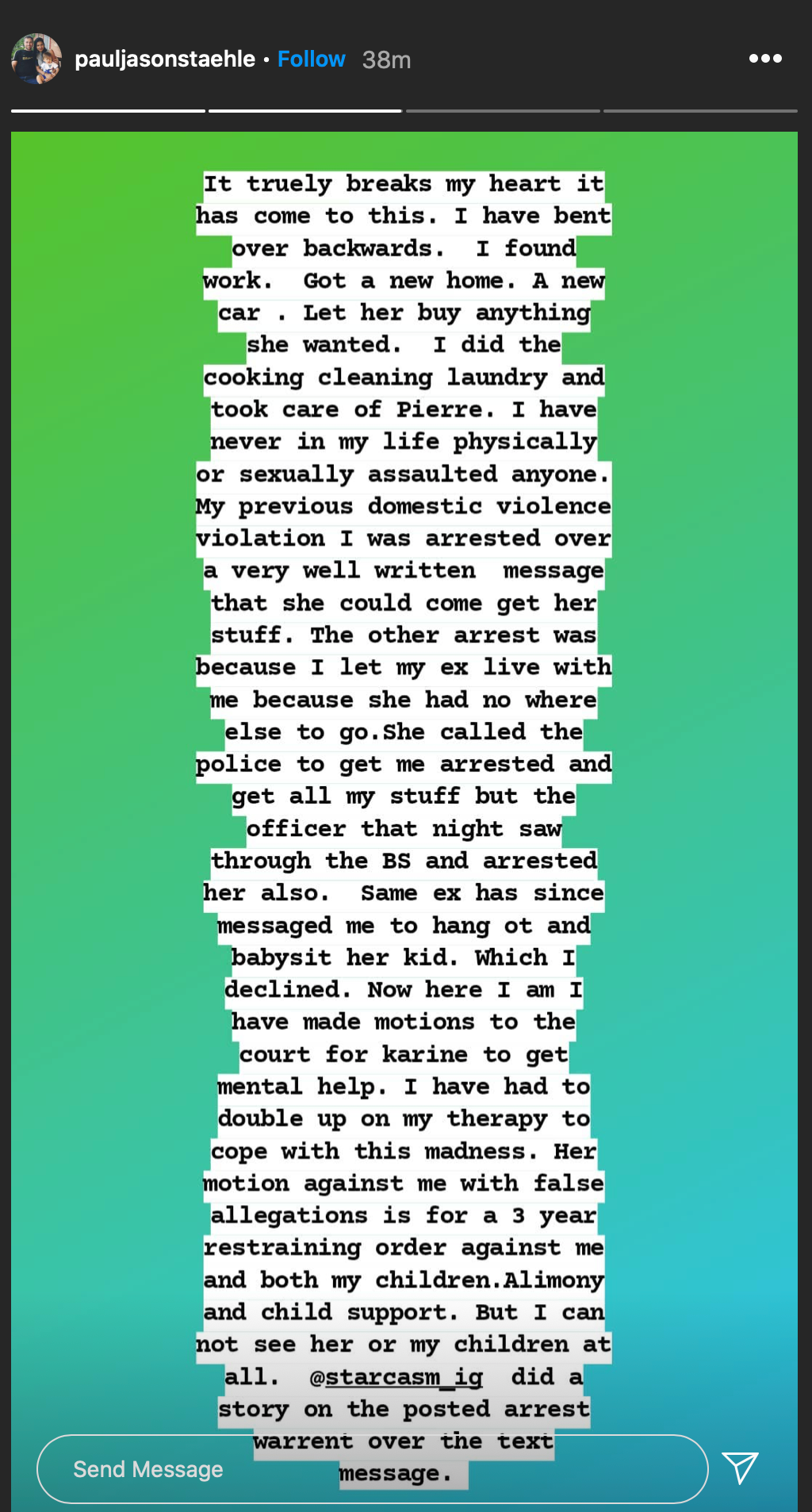 As can be seen in the above screenshot, Paul writes: “It truely [SIC] breaks my heart it has come to this. I have bent over backwards. I found work. Got a new home. A new car. Let her buy anything she wanted. I did the cooking cleaning laundry and took care of Pierre.

I have never in my life physically or sexually assaulted anyone. My previous domestic violence violation Iw as arrested over a very well written message that she could come get her stuff. The other arrest was because I let my ex live with me because she had no where else tog o. She called the police to get me arrested and get all my stuff but the officer that night saw through the BS and arrested her also. Same ex has since messaged me to hang ot [SIC] and babysit her kid. Which I declined.

Now here I am I have made motions to the court for Karine to get mental help. I have had to double up on my therapy to cope with this madness. Her motion against me with false allegations is fora 3 year restraining order against me and both my children. Alimony and child support.

But I can not see her or my children at all. @starcasm_ig did a story on the posted arrest warrant over the text message.”

Paul then attached a screenshot of the arrest warrant (which is exclusive to Starcasm) and the offense/incident report from where he had reportedly violated a restraining order his ex had against him back in 2014. Here is the screenshot: 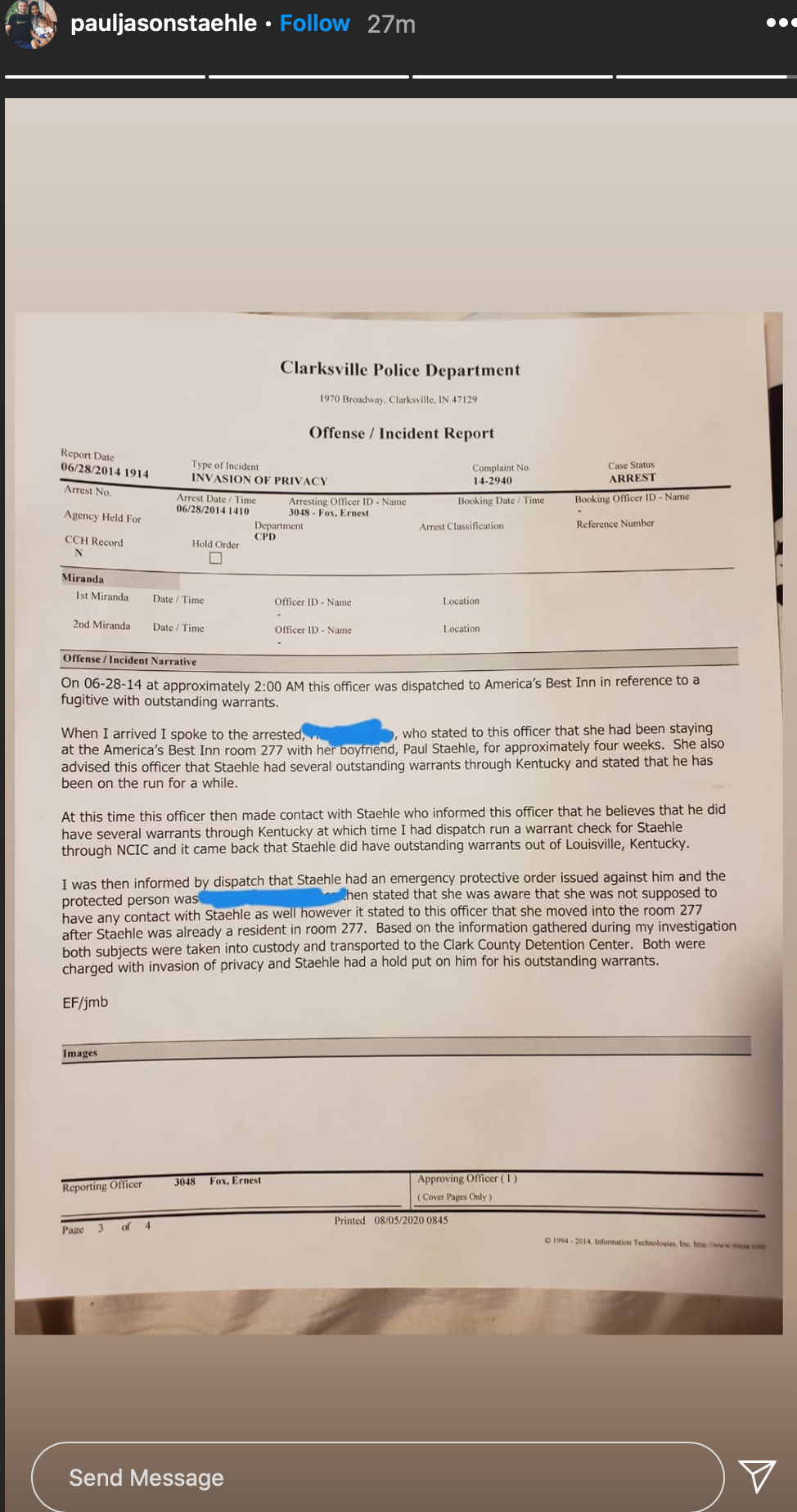 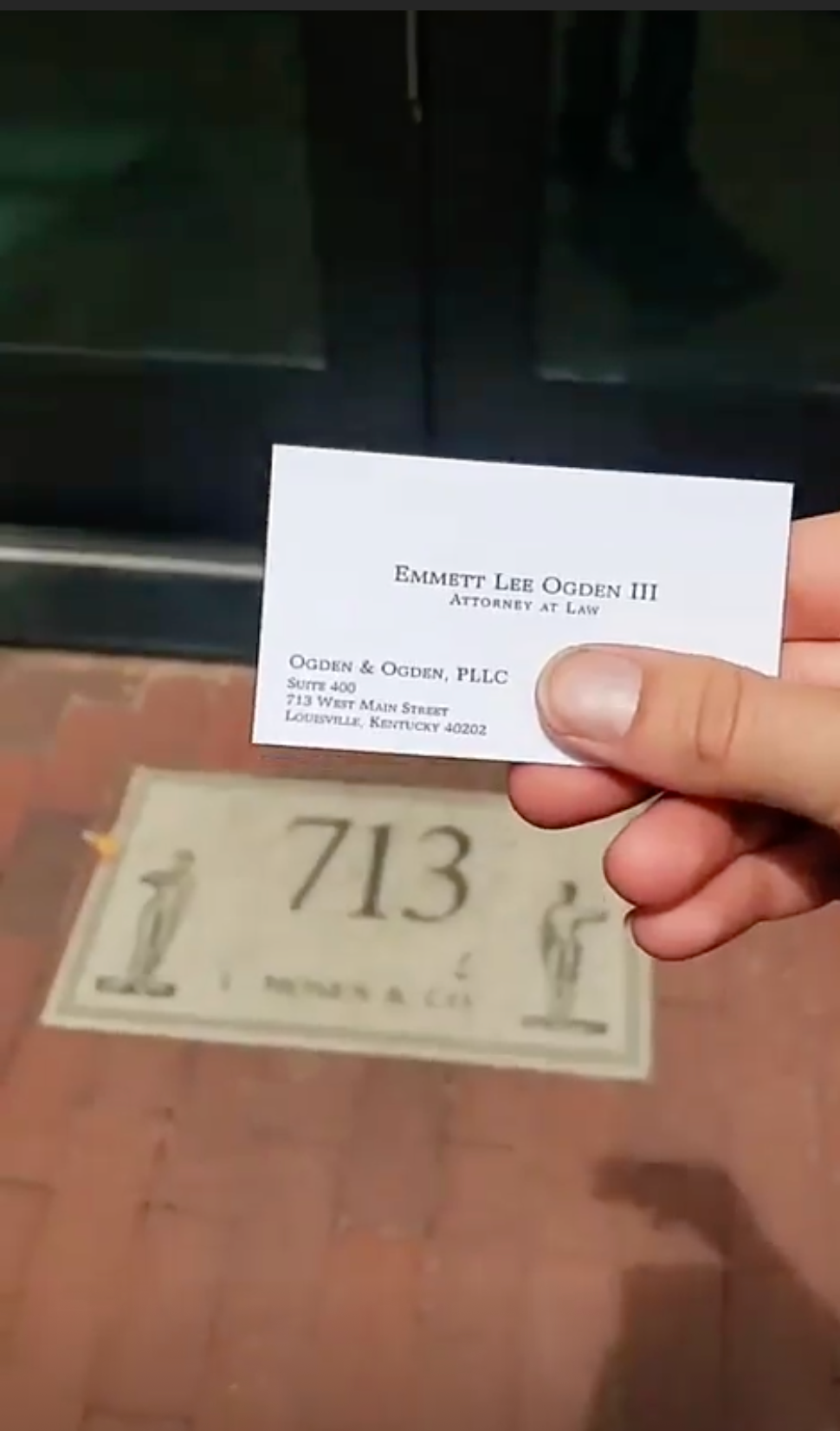 Where Does This Leave Things For The Staehle Family?

As we mentioned, Paul has court tomorrow with Karine, so there are bound to be new developments once this happens. Based on what he’s saying, he potentially could lose visitation and custody of his child for three years but, ultimately, this will be the judge’s decision. Make sure to stay tuned as we will be keeping you abreast of the latest updates in this situation.