FURLOUGHED! Major Changes At A360 Media, The Company That Took Over American Media Inc. 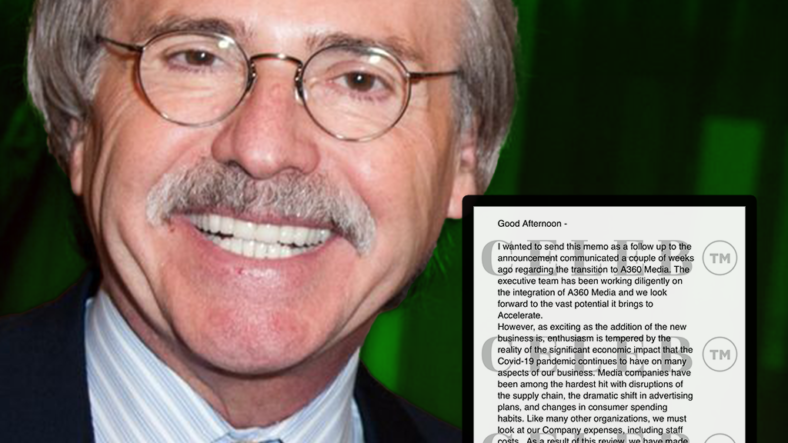 While CELEB recently reported that David Pecker was out as the CEO of American Media- and that it had been renamed as A360 Media (which combined American Media with Accelerate), an exclusive email has been leaked to CELEB today that confirms the worst fears of many who remained. Specifically, the email confirms that many are set to lose their jobs. 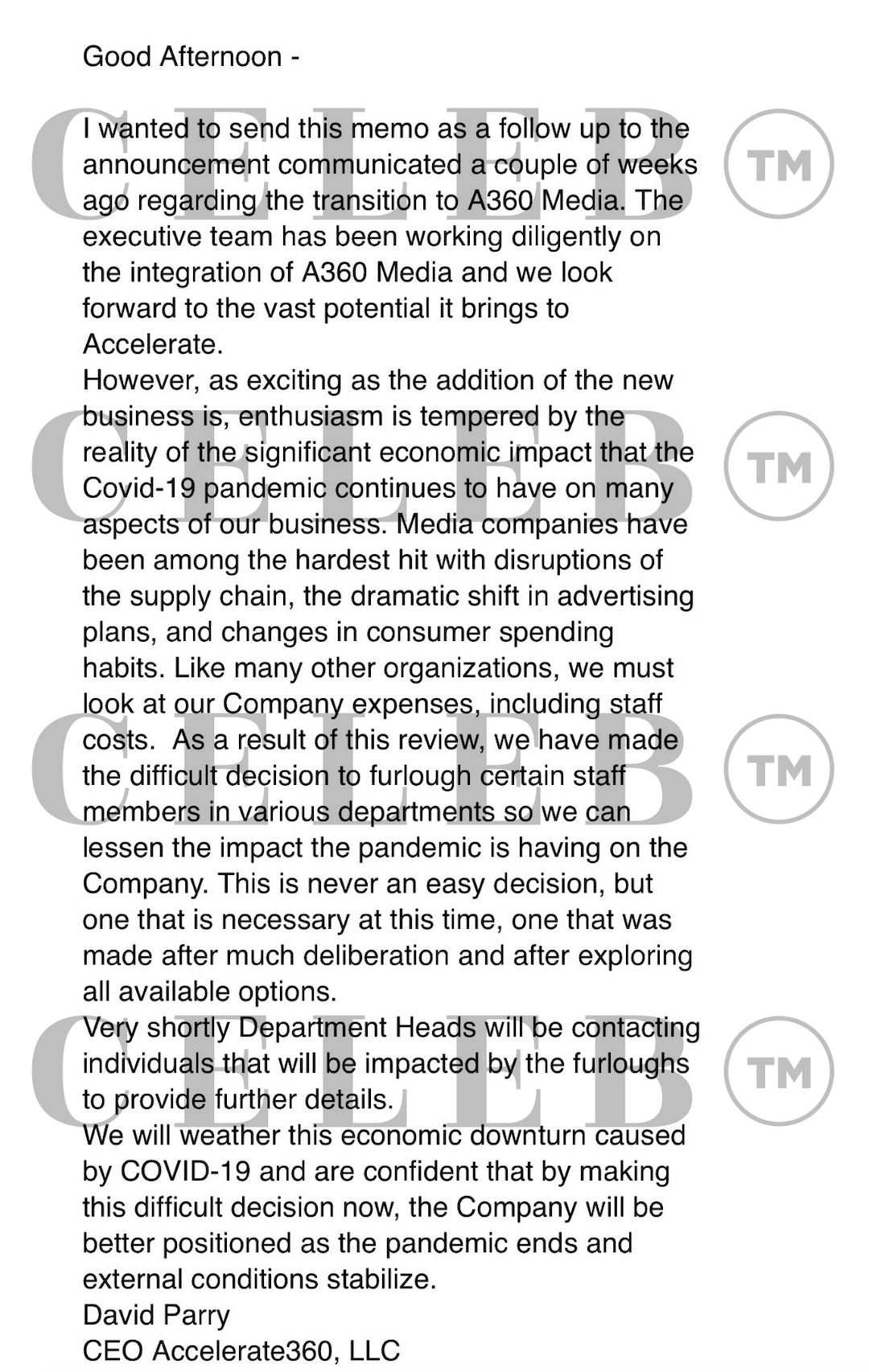 As can be seen above, the email from David Perry– who took over as CEO- states:

“Good Afternoon- I wanted to send this memo as a follow up to the announcement communicated a couple of weeks ago regarding the transition to A360 Media. The executive team has worked diligently on the integration of A360 Media and we look forward to the vast potential it brings to Accelerate.”

“However,” the email goes on to note, “as exciting as the addition of the new business is, enthusiasm is tempered by the reality of the significant economic impact that the Covid-19 pandemic continues to have on many aspects of our business.”

So what does that mean?

Perry goes on to explain that “Media companies have been among the hardest hit with disruptions of the supply chain, the dramatic shift in advertising plans, and changes in consumer spending habits. Like many other organizations, we must look at our Company expenses, including staff costs.”

“As a result of this review,” Perry notes, “we have made the difficult decision to furlough certain staff members in various departments so we can lessen the impact the pandemic is having on the Company. This is never an easy decision, but one that is necessary at this time, one that was made after much deliberation and after exploring all available options.”

Perry adds that “Very shortly Department Heads will be contacting individuals that will be impacted by the furloughs to provide further details. We will weather this economic downturn caused by COVID-19 and are confident that by making this difficult decision now, the Company will be better positioned as the pandemic ends and external conditions stabilize.