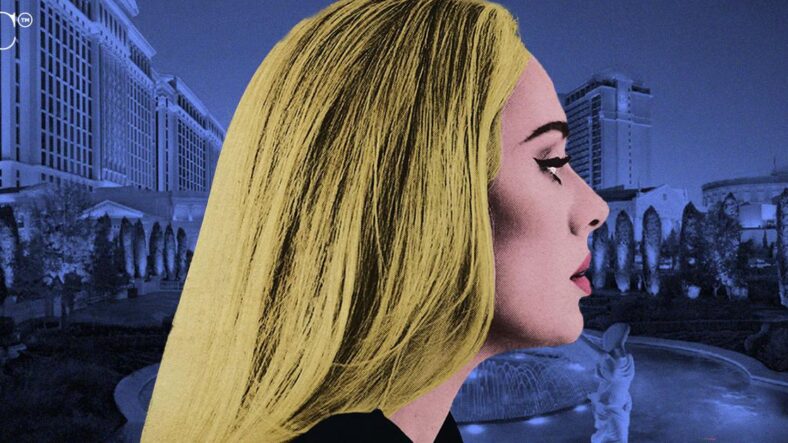 Fans were heartbroken in January when singer and superstar Adele canceled her residency at Caesars Palace – just 24 hours before she was scheduled to take the stage.

Very little information was shared at the time, leaving fans heartbroken – and many of them, out thousands of dollars they had already spent on travel to attend the eagerly anticipated Weekends with Adele.

Now, fans can make plans again – for real, this time.

The singer took to social media to announce her new dates, sharing on Instagram, "Words can’t explain how ecstatic I am to finally be able to announce these rescheduled shows. I truly was heartbroken to have to cancel them."

The "Hello" singer added, "But after what feels like an eternity of figuring out logistics for the show that I really want to deliver, and knowing it can happen, I’m more excited than ever! Now I know for some of you it was a horrible decision on my part, and I will always be sorry for that, but I promise you it was the right one. To be with you in such an intimate space every week has been what I’ve most been looking forward to and I’m going to give you the absolute best of me."

… for some of you it was a horrible decision on my part, and I will always be sorry for that …

Adele concluded with, "Thank you for your patience, I love you ♥️ Adele."

The new dates will start November 18 at Caesars Palace and will run through March 25, 2023.

Very little is still known about why Adele canceled the original run to begin with.

Speculation in the industry suggested that she has stage fright – yes, really.

The singer is known in entertainment circles to struggle with appearing on stage, and some have speculated that it contributed to her last-minute cancellation.

The Washington Post reported at the time, "'I’m so sorry, but my show ain’t ready,' she said in the video.

'We’ve tried absolutely everything that we can to put it together in time and for it to be good enough for you, but we’ve been absolutely destroyed by delivery delays and covid. Half my crew, half my team are down with covid. They still are,' she added, apologizing to fans who were traveling to watch her.

'I’m gutted, and I’m sorry it’s so last minute; we’ve been awake for over 30 hours now trying to figure it out, and we’ve run out of time,' Adele said. 'I’m really embarrassed.'”

Other industry in-the-knows suggested that it was just poor planning that caused the shows to crumble.

"Just weeks before announcing Weekends with Adele, the singer emphasized that she had no plans for a residency. Was it a fabrication, attempt at a surprise, or were there no details hammered out? Hard to say, but that wasn’t the only stuttered start to the singer’s residency.

The tickets are also somewhat of a mystery. Tickets weren’t available directly from the venue because they sold out so quickly, they could only be found through resale sites – and front-row seats were selling for a staggering $30K and upward. That’s unprecedented amount even for front row Adele.

Some online chatter has pointed out that Katy Perry was able to launch her residency at the end of last year, so why couldn’t they bring Adele’s together? Part of that is timing – when Perry’s residency kicked off at Resorts World Las Vegas in December, as the Omicron variant of COVID was just picking up steam."

Whether it was COVID, poor planning or cold feet – it's apparently game on now, for real this time (hopefully).

But fans are understandably hesitant to dump cash into what could turn out to be another cancellation – so it remains to be seen how excited they will be to try again for round 2.