Adele kicked off opening weekend for her residency in Las Vegas, and it was an extraordinary weekend. CELEB Magazine was 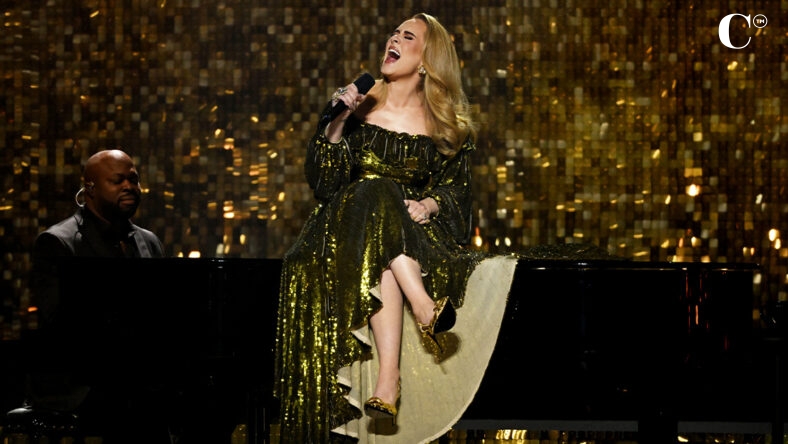 Adele kicked off opening weekend for her residency in Las Vegas, and it was an extraordinary weekend.

CELEB Magazine was inside The Colosseum at Caesars Palace for the most hotly anticipated event in Las Vegas entertainment history, the opening of “Weekends with Adele.”

The show opened Friday, November 18 after a 10-month delay and the singer gave fans what they came for an intimate and up-close experience that had her in the crowd, walking among the people and chatting it up—kissing her boyfriend, hugging a drag queen and asking a man to be quiet because he was scaring her.

Adele also wielded a T-shirt gun to hurl into the audience merch, a handwritten note and a $50 bill for cocktails to fans—a performer who gives back despite the ticket prices, which swelled into four and five figures. Celebrities like Apple’s Tim Cook, We Work’s Adam Neumann and James Corden were in attendance.

And like only Adele can, she dropped a number of memorable one-liners that CELEB has memorialized for you to enjoy at a glance.

See: WHAT’S IN A NAME? SINGER ADELE REVEALS HOW HER NAME HAS BEEN PRONOUNCED INCORRECTLY

Here are a few of her most important statements from the stage and in the crowd.