After 90 Day Fiance’s Dramatic Split, Ximena Photographed with New Man – and a Ring

Not that long ago, everyone was on Mike Berk's side. The 90 Day Fiance star seemed to be taken advantage 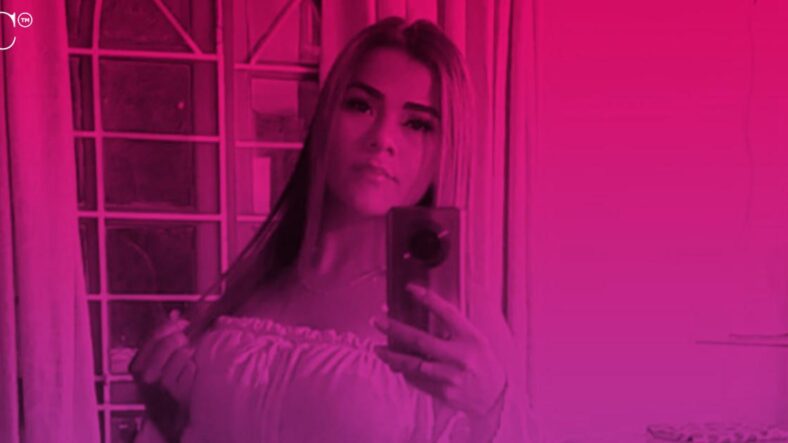 Not that long ago, everyone was on Mike Berk's side. The 90 Day Fiance star seemed to be taken advantage of by intended Ximena Morales. Everyone sympathized with him, and thought he was a broken-hearted romantic as Ximena coldly rebuffed him and seemed to end their engagement for no reason at all.

However; things have changed a little since then. Some unsavory behavior from Berk and information circulating online changed sympathies in Morales' favor. CELEB takes a look at the shift that changed the villain of the story and what's going on with Morales now after she was photographed with a new man, and may be wearing an engagement ring. Has Ximena moved on?

Things between Berk and Morales seemed strained – and that's being generous. A combination of on-screen tension and off-screen drama led fans to speculate that things between the pair were over for good, long before drama exploded on-screen that cemented that theory for most.

It all started with Berk surprising Morales at her home in Colombia to try to salvage what he felt like was waning affection between the two, and to give him the chance to propose. Unfortunately, Morales wasn't thrilled with his drop-in and seemed cold and irritated at his presence. Initially, fans were on Berk's side, thinking he was a genuine guy being used by Morales. Critics of Ximena say that she's still in love with the father of her second child, and that she's in it with Berk for his money. The father of Morales' second child is incarcerated and will be for a long time, so many speculated that she was hoping Berk would keep her afloat until they could reunite.

Adding to that speculation is the fact that Ximena uploaded a video of another man, and they looked pretty friendly. The video was quickly removed from TikTok, but was captioned, “me enamore de tu sonrisa.” It means, “I fell in love with your smile.” The video is a sweet compilation featuring the mystery man who is definitely not Mike – along with a brief clip of Ximena making eyes at him through video chat. Although she took the video down quickly, reality TV Blogger Johnny Yates was able to repost it.

Now, fans are all but certain that it's over between the pair as Morales has been photographed with the mystery man who appeared in her now-deleted video. One family-and-friends dinner pic even shows Morales seated at the table with those nearest and dearest to her – along with Jesus Christ himself? It would appear that the 90 Day Fiance star edited an image of Jesus over the face of someone, perhaps her mystery man.

90 Day Gossip shared a compilation on Instagram from Morales' private account that showed images of her and the new man at a birthday party, and they look far more chummy than friends. But even if one could argue that Morales likes to kiss friends passionately and pose with them glowing with happiness – after all, some people do – the ring on her finger has sparked a whole other set of speculations and rumors. It looks to be an engagement ring, and it's featured in several pics shared of Morales – including several to her public Instagram page, where the ring is impossible to miss.

Fans seem thrilled about Morales moving on, even if they're a little confused about where everything stands. One fan writes, "We know Mike is not innocent in all of this. Blessings and hope you're doing well."

From Broken-Hearted Nice Guy to ‘Yikes’

So that begs the question, how does everyone know Berk is not innocent in everything that happened? For that, all you have to do is turn to the on-screen footage. Berk's behavior on the show is pushy, disrespectful and demanding – and that's with the cameras on. After the latest episode of the show, Morales seemed quite fed up with Berk. CinemaBlend writes, "He refused to leave her house for some time after the conversation, and even reminded her she’d need to return to her job as a sex worker if he stopped supporting her. As if that's necessarily a bad thing.

If Berk's behavior on camera is indicative of even a fraction of what Morales had to put up with in private, it's understandable that she's happy to have moved on. While we won't know what happened for real until the Tell All, if then, for now it seems safe to say that Bark and Morales are history – and she's happily in love with someone else.

Whether or not the ring is an engagement ring – and whether it'll stick this time – is up for speculation. But if you go by the adoration and joy in Morales' new pictures, this one could be The One.