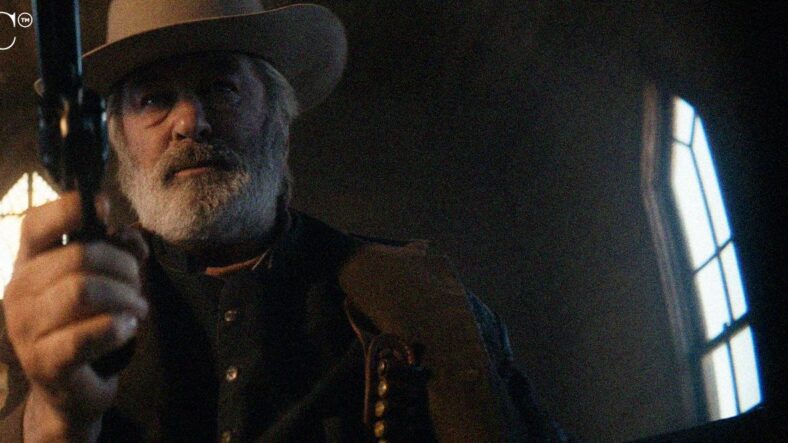 Actor Alec Baldwin was seen burying his head in his hands when he was seen answering a phone call on his cell phone this past Monday, just a few hours after it was revealed that a prosecutor in New Mexico was said to be looking to file a criminal charges case against Baldwin in the fatal shooting of cinematographer, Halyna Hutchins.

The actor's scene of distress captured by Daily Mail comes just as he and wife Hilaria Baldwin welcomed the actor's eighth child, and he was photographed responding while on a stroll in Brooklyn.

Baldwin stood alone for 10 minutes during the phone call, looking sad and seeming like he was in despair. He was said to have bags under his eyes as he was hunched over a fence overlooking the river, as if he was not sure what to do at this point in time. He was seen with an armful of popcorn and a water bottle, along with a blue mask.

Baldwin Could Face Charges for Fatal “Rust” Shooting of Cinematographer

Earlier in the day, news broke out that a prosecutor may charge the actor, just after he had handed over his phone to be considered as some type of evidence. In a letter to the state's financial board, asking for funding to prosecute the high-profile case, Santa Fe District Attorney Mary Carmack-Altwies said she was "ready" to file charges against four people. She stopped short of confirming the charges she planned to bring but said she was "certainly looking (at) all the homicide statutes and any gun statutes under New Mexico criminal code’. One of the possible defendants is well-known movie actor Alec Baldwin," she wrote, adding that there could be four separate criminal trials.

Meanwhile, the Hutchins family is pursuing a wrongful death lawsuit against the actor. And earlier this month, a judge ruled he was primarily responsible for firing the shot that killed Hutchins during the filming of Rust in New Mexico last October.

During a heartfelt Instagram post that he had dedicated to his children, Baldwin seemed to reference the shooting as he wrote, "my heart has been broken a thousand times this past year. And things in my life may never be the same." The actor added, "Lots of changes coming. But my family has kept me alive. They are my reason for living. And Hilaria Baldwin, too."

Things are Chaotic for the Baldwins

This past week, Baldwin had put his $29,000,000 estate on Long Island on the market. This seems to be in efforts to shield his assets from all of this chaos. His timing has seemed to match up to everything happening around him, with also including welcoming his eighth child into the world.

Baldwin purchased the estate in 1996 for $1.75 million and listed it just last week for more than 16 times that amount, days after a judge ruled he was primarily responsible for firing the shot that killed cinematographer Hutchins last October.

Baldwin should be looking to transfer some of his wealth or maybe even all of it into more protected assets such as trusts for the kids and so on. Whatever Baldwin seems to plan, multiple places and assets of his have caught the eye of multiple people interested along with the multiple plaintiffs who are trying to go after him for tens of millions of dollars.

The Hutchins family is pursuing a wrongful death lawsuit against the actor. Meanwhile, the sister of a dead Marine who Baldwin called an "insurrectionist" because she posted selfies in Washington on January 6 has filed a $25 million defamation lawsuit.

"Let's hope he's selling it to pay me," Dennis Postiglione, the sister's lawyer, half-joked to Daily Mail. He adds, "Baldwin’s obviously moving money. It's clear that, despite the bombastic tone he takes in interviews about everything from the Rust shooting to our case, he has to know or have been informed by people who are much smarter than him that he has a risk of exposure in all of these cases. You don't sell a $29 million house in the Hamptons and an upstate New York property in the same year just by coincidence," Postiglione continued. "There's a reason he's doing it. My guess is he's following some legal advice to do that.”

Baldwin is already racking up a bunch of hefty and heavy legal bills as he is trying to hire the top attorneys to defend him on his behalf during such a hard time.

A Manhattan real estate lawyer told Baldwin, “The smartest thing to do may be to create an irrevocable trust to avoid creditors who would go after him, and put it in the names of his children who he likes.”

Attorney Steele added, “If you transfer assets to a trust and there's a pending lawsuit against you, they're going to go after that," Steele said. "It's called a fraudulent conveyance. The horse has left the barn on that one. It doesn't protect assets from someone who's already knocking on the door.”

Baldwin lately has been buying up real estate, perhaps trying to tie up money in investments, most likely on the advice of legal counsel. But it won't stop the potential for criminal charges if that's what's decided is appropriate.

And it won't stop his family's heartbreak as they continue to grapple with the after-effects of the death of Hutchins.