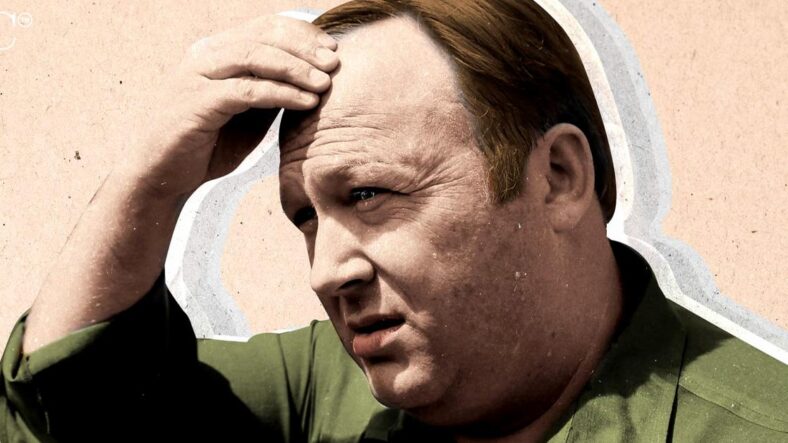 On December 14, 2012, a gunman entered an elementary school in Newtown, Connecticut, known as Sandy Hook Elementary.

Adam Lanza tore through the school, horrifically murdering 20 children and 6 adults, and injuring an additional 2 people.

The nation was brought to its knees with horror and grief. Except of course for Alex Jones, popular alt-right radio host and conspiracy theorist, who immediately began weaving a web of deception and suspicion that parents of Sandy Hook victims say turned their lives into a living nightmare – even worse than it already was due to the staggering loss of a child.

Now, those parents are staring Jones down in court as they sue him for defamation – and Jones is facing their wrath and heartache.

After the 2012 shooting, Jones began spreading theories claiming that the Sandy Hook massacre wasn't real – it was a "false flag." False flag operations are faked or exaggerated events intended to cast blame on a particular person or group of people.

Jones claimed that no one actually died, and that it was a hoax perpetuated by actors to drive up animosity towards right-wing, white Christian males.

Unfortunately, parents of Sandy Hook victims found themselves not just grieving the horrific losses of their children but now also the target of a smear and hate campaign from Jones and his followers.

They were harassed, threatened and harried – and now are suing Jones in court for what they say was defamation and damages he used to make money.

This week, parents faced Jones in court – some trembling with rage, some in tears – and all furious at the man who sat there stoically and tried to feign repentance.

Scarlett Lewis, mother of slain 6-year-old Jesse Lewis, turned to Jones on the stand and said, "Jesse was real. I am a real mom." She added, "I know you know that." Staring into Jones' eyes, Lewis paused and said with contempt, "I know you believe me. And yet you're going to leave this court house and you're gonna say it again, on your show." Jones shook his head gravely, to which Lewis replied with a tone of exasperation, "You're saying no – you just did it." Lewis is right, as Jones has since raised questions about the validity and intentions of the parents facing him down in court, continuing his campaign against them to discredit in what many have called a, "campaign of terror."

Taking the stand to defend himself in court, Jones admits now that he knows that Sandy Hook is 100% real.

Yahoo! News reports, "Conspiracy theorist Alex Jones took the stand in his own defense for the first time at his defamation trial in Austin, Texas, on Tuesday, telling the parents of Jesse Lewis, one of the 20 children killed in the mass shooting at Sandy Hook Elementary School in Newtown, Conn., that he never meant to harm them by falsely claiming the massacre was a hoax — and insisting he was only interested in the truth.

'I question every big event,' Jones said, explaining that he and his Infowars guests simply 'debate' controversial news topics, including mass shootings like Sandy Hook and terror attacks like 9/11, and that he is merely a 'pundit.'"

Jones tried to apologize to parents and acknowledged that they are real, but Judge Maya Guerra Gamble scolded him, reminding him that he can only respond to questions asked, at one point reminding Jones, "This is not your show. Your beliefs do not make something true. You are under oath.”

If you listen to what Jones is saying in a vacuum, he appears contrite. But the march of attempts to discredit and defame continue.

Parents are continuing to tell their story of how Jones' lies made their grief that much more horrible, and often times put their own lives at risk. Little Jesse's father, Neil Heslin, spoke of the living hell he and other parents have endured due to Jones and added, "Alex started this fight. And I'll finish this fight."

It should be noted that while Heslin was on the stand, weeping as he described his son's brutal shooting death and the lasting impacts – Jones was on his show discrediting the grieving father, saying, "I think Heslin acts like somebody on the spectrum. He is being manipulated by some very bad people."