Influencer and self-described, “mentor,” Alexis Sharkey went missing last week. Although family, friends, and fans held out hope that she 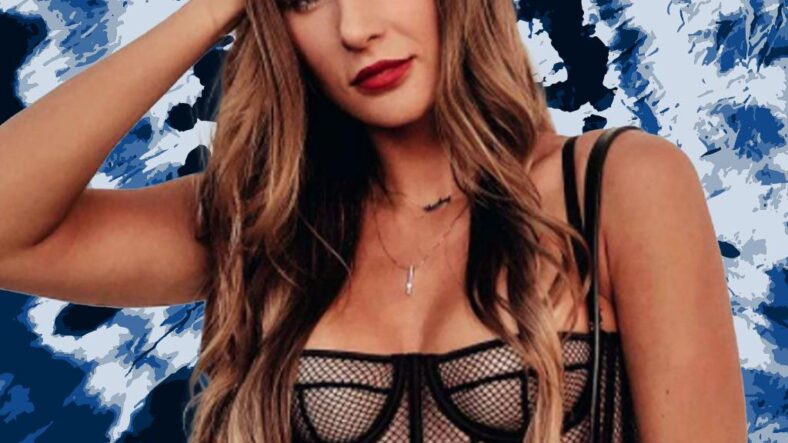 Influencer and self-described, “mentor,” Alexis Sharkey went missing last week. Although family, friends, and fans held out hope that she would be found alive and well, this story does not have a happy ending. Sharkey’s body was discovered over the weekend on a stretch of Texas road.

Before She Disappeared, Alexis Was Well-Loved and Successful 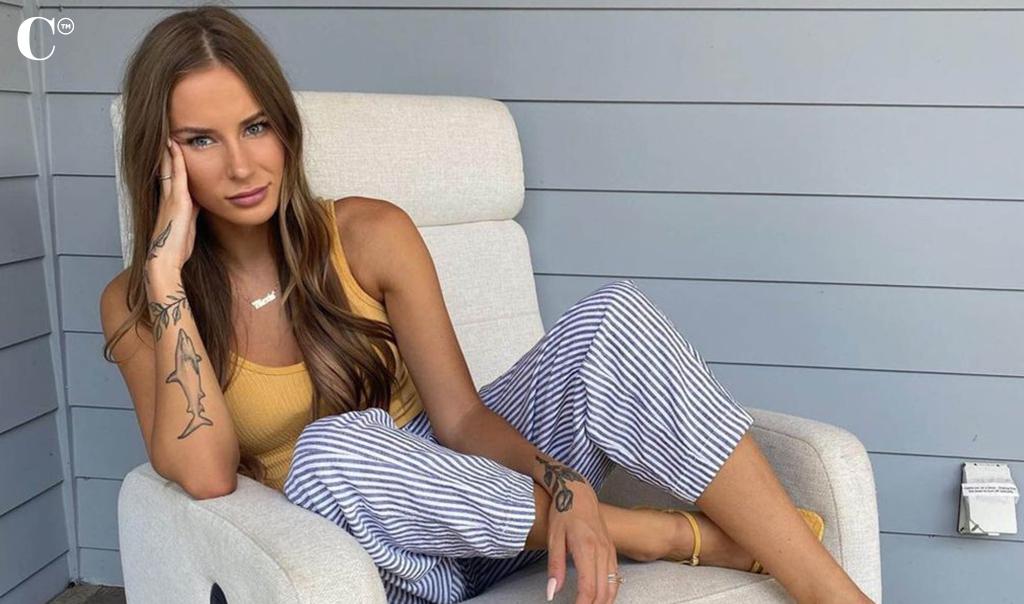 Alexis and husband Tom Sharkey had just recently moved to Houston, Texas. ABC 13 spoke with Alexis’s mom, Stacey Robinault, about the kind of person her daughter was. Per ABC, “Robinault said Sharkey grew up in a small town, close to Lake Erie. She wasn’t a big fan of the cold winters, her mom said. ‘She loves the south,’ said Robinault. ‘She always wanted to live in the warmth, since she grew up right by the Great Lake where it’s yucky and cold a lot.’

Sharkey’s Instagram account has more than 26,000 followers. Robinault, a school teacher, said Sharkey never boasted about her influence and maintained true to herself. ‘For her integrity, it was just so obvious that what she had out there was who she was and what she believed in,’ said Robinault. ‘So many of my students follow her.’”

“Feared For Her Life” 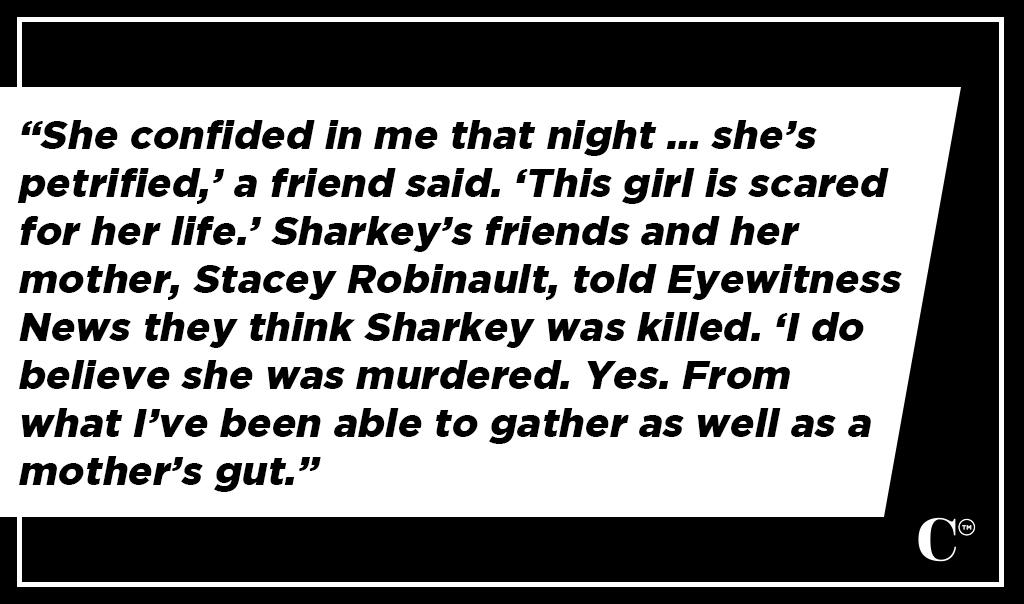 Although Sharkey appeared to have the perfect life on Instagram, friends confided to ABC 13 that Sharkey feared for her life, months before she would be found dead. ABCreports, “Her friends told ABC13 that Sharkey mentioned to them about her fears a month ago during their trip to Marfa, Texas.

‘She confided in me that night … she’s petrified,’ a friend said. ‘This girl is scared for her life.’ Sharkey’s friends and her mother, Stacey Robinault, told Eyewitness News they think Sharkey was killed. ‘I do believe she was murdered. Yes. From what I’ve been able to gather as well as a mother’s gut,’ Robinault said.”

However, it is unclear who Sharkey was afraid of. In the wake of Alexis’s disappearance, some fans were quick to point the finger at husband Tom. The couple had been having marital troubles in the months before her death, but Tom maintains that fans focusing on him as a suspect are focused on the wrong thing.

“When ABC13’s Steve Campion spoke with him on Monday, he sounded upset. He said he did everything in his power to find his wife, and asked Campion never to contact him again before hanging up.”

What Happened in the Last Days of Sharkey’s Life?

There are a lot of question marks about what happened last week in Alexis Sharkey’s life. Alexis had Thanksgiving dinner with a friend, Tanya Ricardo. Ricardo claims she spoke with Sharkey at 6 P.M. on Friday, the last person to do so. By Saturday, Alexis was not returning phone calls. As an influencer, Alexis’s life revolved around her phone, and it was always easy and fast to get in touch with her. Friends worried immediately when she went silent on Saturday. They were supposed to meet for a movie, but received no responses from the 26-year-old.

‘We were notified on Saturday that she was missing by her husband,’ Robinault told the outlet, adding that Tom ‘called us up to let us know, and that’s when, of course, any parent goes into full panic mode.’” 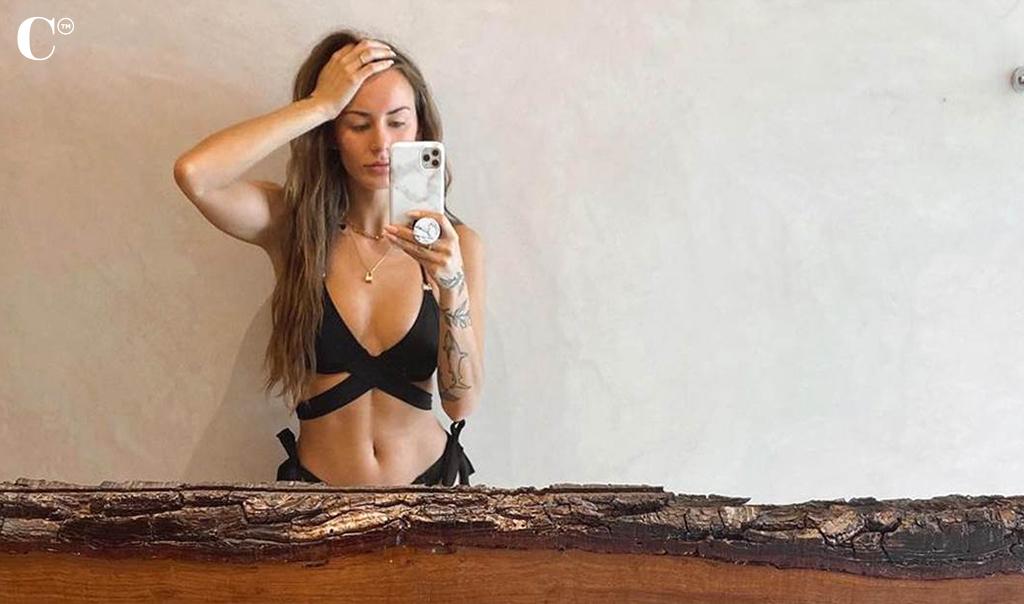 Late Saturday, Robinault posted this to her Facebook; “Please share this post!!! My daughter, Alexis Sharkey, is missing!! No one has heard from her for over 24 hours and the police are involved. She has lived in Houston Texas since January and that was where she was last seen. Please help us find her and bring her home safely!! We are so very desperate!!! Please share!!”

However, the following day, her mom was the one to share news with fans that Sharkey’s body had been found. “It’s with deeply broken hearts that Mike and I want to let you all know that Lexi’s body has been found. We cannot begin to thank you all for your love and the kind words you’ve extended to our family! Please give us this time to grieve this incredible loss to our family and this world!!! We will miss you, Love!!!!”

What’s Known About her Death?

As of now, not a lot is known about how Sharkey died, or even where she died. A garbage truck driver found Sharkey’s body on a stretch of Texas road. Per Heavy, “A report from ABC13 indicates ‘a naked woman’s body’ was found Saturday morning after a city employee ‘saw feet in the bushes’ while driving ‘in the 1000 block of Red Haw.’ The report from ABC13 indicated there were ‘no visible injuries’ and investigators believed the body had been there all night. Police were looking for surveillance video from nearby businesses, ABC13 reported.

That’s the body that Houston police now confirm was Sharkey.”

According to Heavy, Sharkey had an argument with someone on Friday. However, it was unclear who the argument was with.

Family and Friends are Devastated 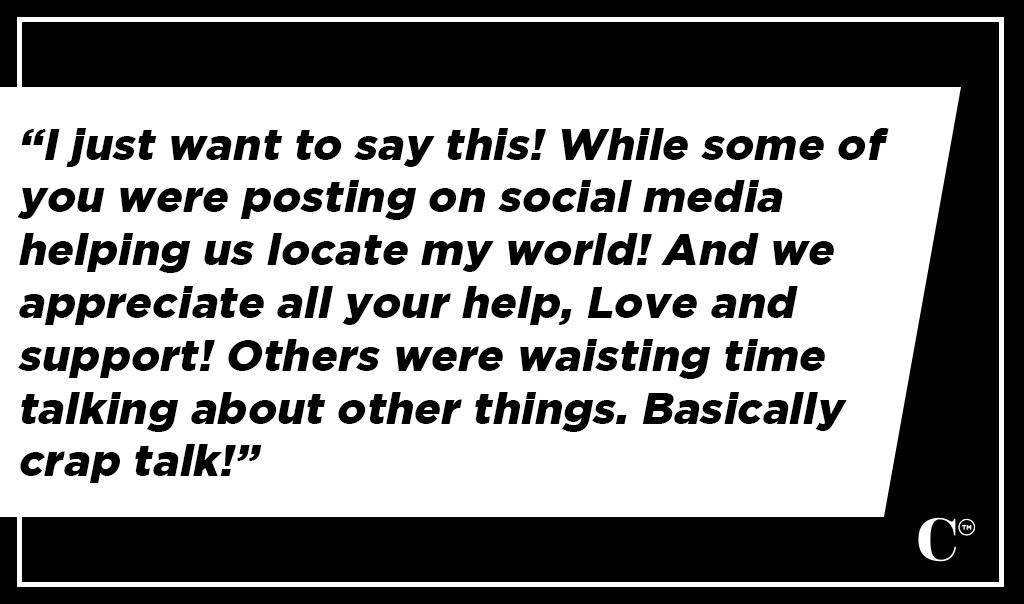 In the wake of such a tremendous loss, friends and family are understandably devastated. Tom appears to be fighting for his image as eyes turn to him with suspicion. Per Heavy, a social media post by him after Alexis’s body was found paints a picture of a man struggling with grief and frustration. “I just want to say this! While some of you were posting on social media helping us locate my world! And we appreciate all your help, Love and support! Others were waisting time talking about other things. Basically crap talk! And if my wife would of seen this she would be disappointed in your actions! You all should be ashamed of yourselves! I have been assisting the deputies and making phone calls to fine out what happened to my wife. Next time…. stop and think! And realize! You don’t know it all!”

The last friend to speak to Alexis, Ricardo, spoke with KOU11 about Alexis’s death. According to People, “‘She was always happy, always had a smile on her face. A lot of people looked up to her. She was just very, very positive,’ Ricardo said to KHOU11. ‘I don’t know who could have done something like this to her.

‘Whoever did this, we’re going to find them. We’re going to do everything it takes. So, everyone can put her to rest in peace,’ added Ricardo to KOU11.

‘I mean, just threw her on the side of the road, naked, like garbage. I just, I don’t get it,’ Ricardo told the station. ‘No one gets away with something like this. No one.’”