Who remembers when Aly and AJ Michalka were all anyone ever talked about?! In the early 2000s, the pop group 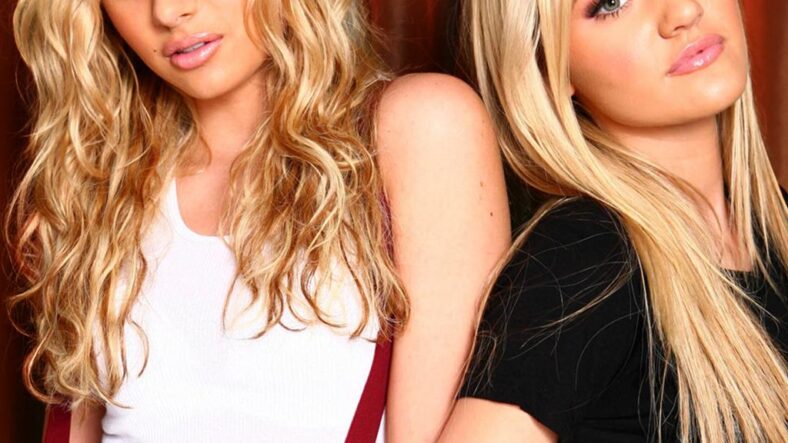 Who remembers when Aly and AJ Michalka were all anyone ever talked about?! In the early 2000s, the pop group was all over Disney Channel, and their songs — like “Rush” and “No One” — were being played nonstop. But what ever happened to them, you ask? Well, you might want to brace yourselves, you guys, because Aly & AJ are back and better than ever! Yep, the musical duo have just returned to the scene and dropped a brand new, re-imagined (and explicit!) version of their hit track “Potential Breakup Song,” and we are seriously obsessed with the updated rendition.

“We wanted to breakup up with 2020 and get our s**t back. New album is out next spring,” the ladies said in a statement after releasing the new tune.

The update version contains two major changes from the original — instead of singing about a man missing their “stupid birthday,” the two sisters say he missed their “f**king birthday.” And instead of wanting their stuff back, the duo wants their “s**t back.” 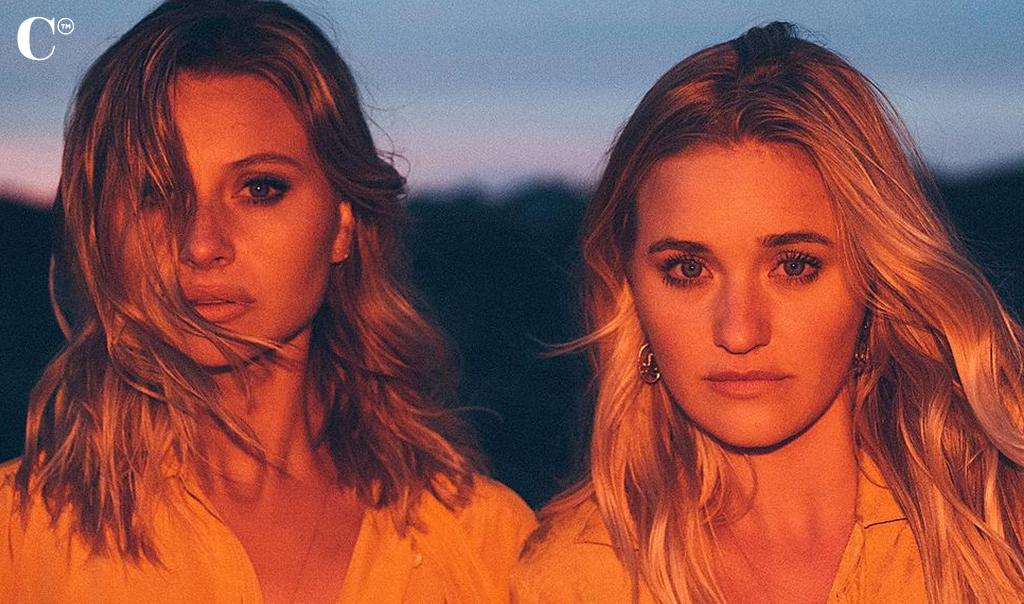 Aly & AJ first stepped onto the scene in 2005, when their debut album, Into the Rush, came out. The LP went on to sell 1,000,000 copies, and became one of the top best-selling albums in the United States in 2006. Their cover of the song “Do You Believe in Magic” was used in the Disney Channel original movie, Now You See It…, which Aly had a starring role in. Their song “No One” was also featured in the film Ice Princess.

Their next album, Insomniatic, was released on July 10, 2007. It peaked at number 15 on the Billboard 200, selling over 39,000 copies in its first week alone and 700,000 copies in total in the U.S. The record contained “Potential Breakup Song,” which peaked at number 17 on Billboard’s Hot 100 — becoming the band’s first top 20 single in the United States — and was later also certified Platinum by the RIAA for sales surpassing 1 million copies.

They opened up for Miley Cyruson her Hannah Montana: Best of Both Worlds tour and The Cheetah Girls on their Cheetah-licious Christmas and The Party’s Just Begun tours. They also embarked on six tours of their own! Talk about impressive!

That’s not all. Aly also starred in tons of movies and TV shows over the years, including Phil of the Future, Cow Belles, Bandslam, Easy A, Hellcats, The Roommate, Crazy Kind of Love, Grown Ups 2, Sequoia, Two and a Half Men, Chev, Weepah Way for Now, The Lears, Ryan Hansen Solves Crimes on Television, iZombie and more. As for AJ, she acted in She-Ra and the Princesses of Power, Schooled, The Goldbergs, Steven Universe, Support the Girls, 2017, Apple of My Eye, Angels in Stardust, Weepah Way for Now, Expecting Amish, Grace Unplugged, Super 8, Salem Falls, Slow Moe, Secretariat, The Lovely Bones, Oliver Beene, The Guardian and others!

What Have They Been Up To Since Their Disney Days? 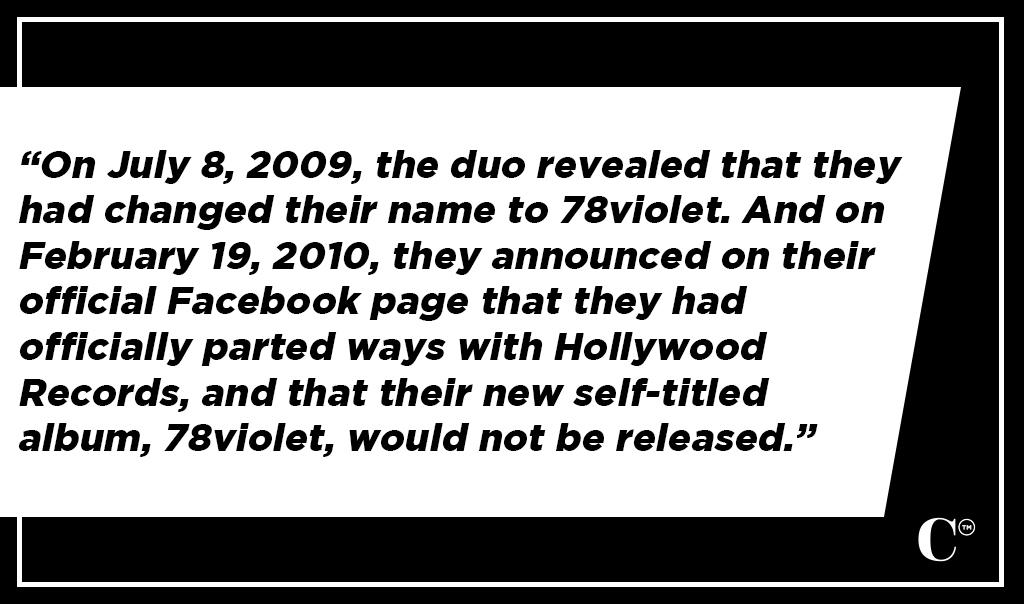 On July 8, 2009, the duo revealed that they had changed their name to 78violet. And on February 19, 2010, they announced on their official Facebook page that they had officially parted ways with Hollywood Records, and that their new self-titled album, 78violet, would not be released. However, the duo claimed that they were continuing to write and record a new album, and that it was definitely not the end of them.

They took a little break after that, but returned to the scene in 2013, when they performed for the first time as 78violet. They did two shows — one in Los Angeles and one in New York — where they sang tons of new songs, and announced that they had plans to release a new EP in early 2014. However, that album never came out.

Then, on December 9, 2015, the sisters changed their name back to Aly & AJ. They released their first single in years, called “Take Me,” on August 17, 2017. Since then, they dropped two EPs, called Ten Years and Sanctuary, and they’re full of bops.

What About Their Love Lives? 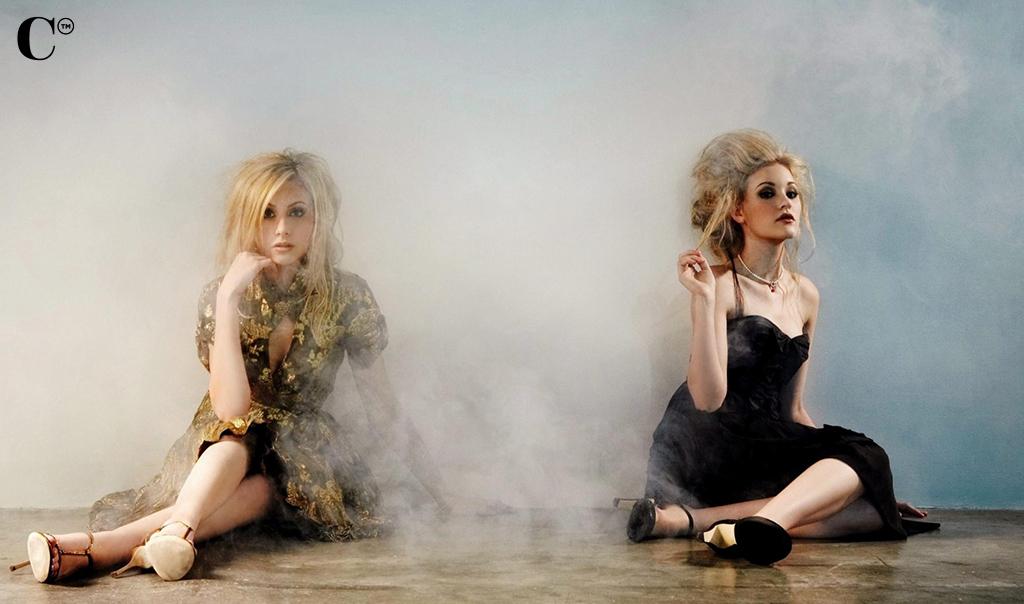 What about their love lives, you ask? Well, get this — Aly is now a married woman! She tied the knot with her longtime boyfriend, fellow actor Stephen Ringer, in 2015. As for AJ, she’s dating The Social Network starJosh Pence, and they couldn’t be cuter together!

Who Is ‘Potential Breakup Song’ About? 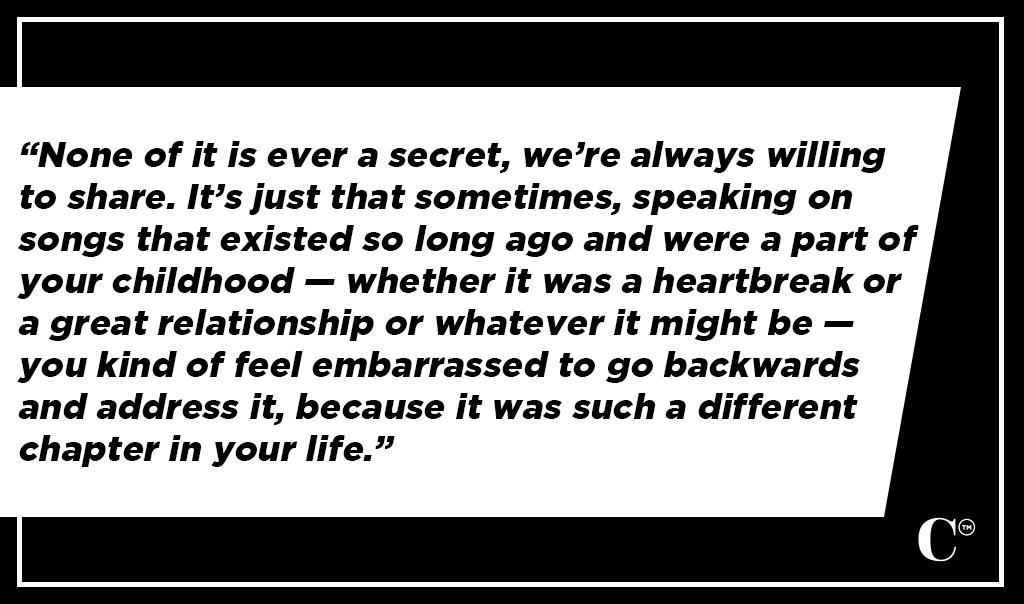 Despite many people believing that “Potential Breakup Song” was about AJ’s ex-boyfriend Joe Jonas, that actually isn’t the case! For those who forgot, they briefly dated in 2006, and fans were convinced that the shady breakup song was inspired by her relationship with the Jonas Brothers singer. But she cleared the air earlier this year.

“It wasn’t connected to any particular person. We were just like, ‘Let’s write a break up song,’” AJ explained to Insider in June 2020. “At the time, we weren’t thinking it was going to be a breakup anthem, but it kind of became that, which is really cool.”

The songstress continued, “None of it is ever a secret, we’re always willing to share. It’s just that sometimes, speaking on songs that existed so long ago and were a part of your childhood — whether it was a heartbreak or a great relationship or whatever it might be — you kind of feel embarrassed to go backwards and address it, because it was such a different chapter in your life. You don’t feel as connected to it anymore, now that you’re an adult.”

We can’t wait to see what’s next for them!