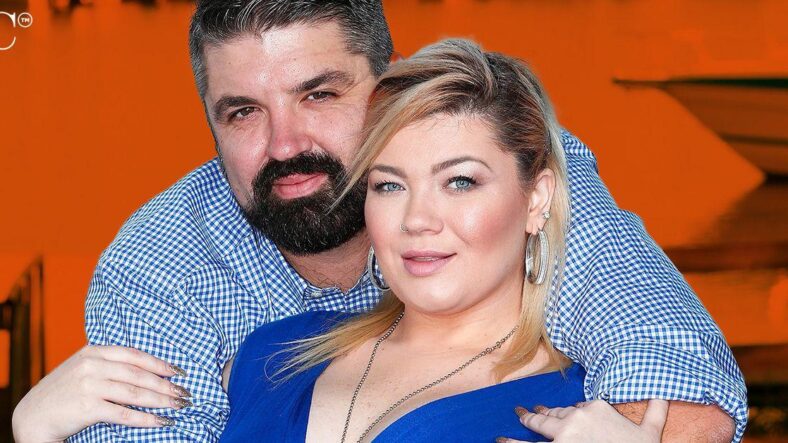 Amber Portwood recently became clear of her Domestic Battery charge and her charge of "Intimidation- Habitual Felony Offender Enhancement" (a Level 6 felony) reduced to a misdemeanor. And recently, her ex, Andrew Glennon accused Portwood, on social media, of hitting their son, James. However, the mom of two isn't having it and is now demanding $5K from him.

In her situation with Glennon, Portwood was charged with a Level 6 felony domestic battery with a child under 16 present.

A police spokesperson revealed, "Officers spoke to the male victim, who stated his live-in-girlfriend and he were having a disagreement. During which time the female, later identified as Amber Portwood, assaulted him, while he was holding their 1-year-old child. Officers spoke to Amber Portwood at the scene. She was subsequently arrested for her alleged actions in this incident.” He continued to share that the case was turned over to the Indiana Department of Child Services "‘as standard procedure on any case where a child was present during an incident."

And, this wasn't her first time receiving a charge like this.

A decade ago, Portwood was hit with the same charge for assaulting her other baby-daddy, Gary Shirley, in from of their daughter Leah.

This altercation put Portwood in prison for 17 months.

The Sun reported the latest court filing which reveals that Glennon "violated" the law by implying that Portwood hit their four-year-old son.

Portwood claimed that Glennon violated guidelines by "posting negative allegation about a parent on online forums, which is harmful to the parties' child." The reality star was referring to a previous incident which happened in August 2021. Portwood had alerted Glennon that James had a "sore on the inside of his lip."

The filing continued, ""After the parenting time exchange at 7:53 p.m. Father accused Mother of hitting James in their communication."

The co-parents had a hearing in March where Glennong claimed that the post was in fact about someone else. However, Portwood and her team did not believe it. And, because she does not believe it, she's insisting that Glennon pays her attorney fees in 90 days- $5,000.

A Clear Record But Will Her History Repeat Itself?

At 3 a.m. on Friday, July 5, 2019, Amber Portwood was arrested by Indianapolis police after a "disturbance" call was made. According to a previous article from The Ashley's "Arriving officers say the male victim told them his live-in-girlfriend assaulted him while he was holding their one-year-old child." The Teen Mom star had several felony charges following her domestic abuse crimes against her baby daddy.

A week ago, The Ashley's reported that Portwood's record is officially looking clean.

Following her arrest in July, Portwood "took a plea deal, which stated that she had to successfully complete 906 days of probation," according to The Ashley's. The mom of two was mandated to complete substance abuse and mental health evaluations as well as take court-ordered parenting classes and participate in Batterers' Intervention Program. And that wasn't it. Portwood also had to undergo random urine and breath testing, pay a fine and follow other strict orders.

In April, she completed her plea agreement and probation terms, pushing her lawyer to file a petition to have the plea agreement enforced. This means, her charge of Domestic Battery (with a prior conviction) to be dismissed, and her charge of "Intimidation- Habitual Felony Offender Enhancement" (a Level 6 felony) reduced to a misdemeanor.

This past Sunday, the "No Contact" order between Portwood and Glennon was also dropped which was put in place in October 2019. Prior to this, the co-parents were only allowed to communicate through a court-approved custody app when it involved their four-year-old son, James.

So now, yes, Portwood is free of clean of her charges. Amid Glennon's claims, do you think she'll steer clear of repeating history this time?