Amy Schumer has chosen New York over Las Vegas. The comedian is headed back to 30 Rock to host Saturday 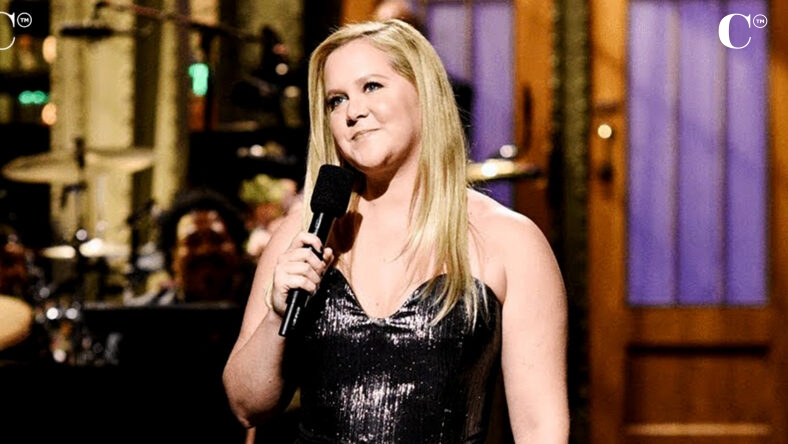 Amy Schumer has chosen New York over Las Vegas. The comedian is headed back to 30 Rock to host Saturday Night Live on November 5. Schumer left fans wondering what was up when she announced that she was postponing her gig in Las Vegas, scheduled for November 5, with no explanation. Now, they know why – SNL came calling.

Amy Schumer has hosted SNL two previous times in her career. Most recently in May of 2018 and in October 2015 previous to that. Though it’s been four years since the actress/comedian has hosted, she did have a hand in an episode in October of last year. Schumer was involved in helping Kim Kardashian with her monologue when Kim served as host. Schumer can be seen helping Kim out on the first season of The Kardashians airing on Hulu. It would be fair to say that we saw more of Schumer in that season than we did Kim K’s former beau Pete Davidson.

Most recently Schumer has been on tour. Her “Whore Tour” (her official tour name)  has been making the rounds all over the nation. It was scheduled to make a stop in Las Vegas on November 5. Earlier this week Resorts World announced the postponement citing a “scheduling conflict.” Evidently that was code for “Lorne Michaels called.” That same announcement reported that the November 5 show had been rescheduled for November 16.

In addition to her standup tour, Schumer’s Inside Amy Schumer has returned to television. The first season (after a long hiatus)  just dropped on Paramount+.  Earlier this year the Emmy winner appeared on Only Murders in the Building. And prior to that, Schumer starred in, directed and wrote Life of Beth.

On the other side of the Whore Tour, Schumer is reportedly  joining the cast of the Jerry Seinfeld movie Unfrosted: The Pop-Tart Story. The comedy also stars  Melissa McCarthy (God’s Favorite Idiot), Jim Gaffigan (Linoleum), and  Hugh Grant (The Undoing) with Seinfeld starring in and directing the project for Netflix.

Seeing as how Schumer will be only two weeks out from her SNL hosting gig when she takes the Vegas stage, fans are hoping Schumer will have a lot to talk about. The last time Schumer performed in Las Vegas was just after her co-hosting the 94th Academy Awards in March. You know, those Oscars – the one with the slap seen around the world in which Will Smith struck fellow comedian Chris Rock live on air.

That incident came after Rock made a joke about Jada Smith’s hair that neither she nor Will appreciated. And well, the rest is history.

Schumer visited Vegas just weeks after the Oscars in  early April where she discussed the incident with the crowd for the first time. Celeb Magazine was there and rather than give a play-by-play of the evening, Schumer made fun of the incident saying sarcastically,  “I don’t even know what to say about the Oscars. I have no jokes about it.” She went on to joke, “did that cross your news feed?” Schumer continued on adding,  “It is such a bummer.”  Schumer told the crowd at the Mirage that she was “feeling herself” after her monologue and “then all of the sudden Ali was making his way up [to the stage].

As for her November 16 Vegas show, tickets are on sale now and start at $69 and are found at either axs.com or rwlasvegas.com/entertainment . Comedy fans may want to consider a few nights stay in Vegas, just two days later comedian Kevin Hart is scheduled for a two nights worth of shows with one of those shows being the taping of his latest standup special.

This weekend Jack Harlow will serve as both host and musical guest. SNL airs Saturday nights on NBC at 11:35 p.m. EST.