An Off-Broadway Show and a Visit to ‘The Real Housewives of Beverly Hills,’ Melissa Etheridge Talks About Her Life Post Pandemic

There are many accomplishments that Melissa Etheridge has to her name. Mother, rock ‘n roll icon, Oscar winner and die 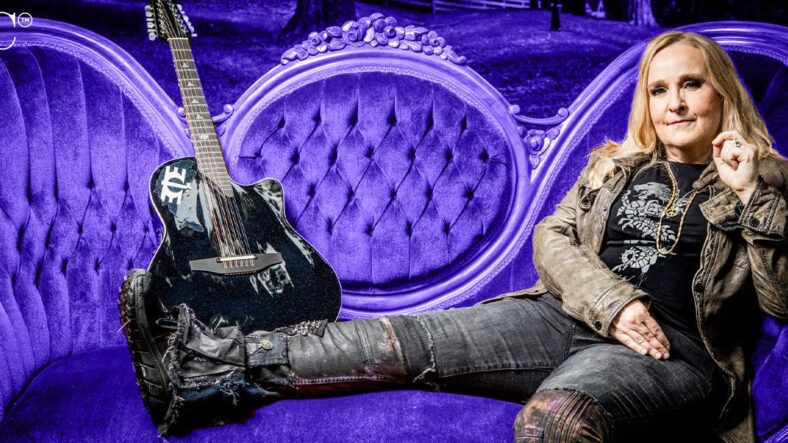 There are many accomplishments that Melissa Etheridge has to her name. Mother, rock ‘n roll icon, Oscar winner and die hard Kansas City Chiefs fan.

That is of course just to name a very few.

True, those are titles earned some time ago. But even now, the Grammy winner continues to add to her long list of titles. Two of which have jolted joy into both fans of Etheridge and, quite honestly, Melissa herself.

Come To My Window

The first of which is a new off-Broadway show called My Window: A Journey Through Life. The one-woman show is an intimate experience taking the audience through Etheridge’s highest highs and her lowest lows.

“I think the pandemic was a real life-changer for me in a couple ways. Losing my son was very difficult,” Melissa tells us in this exclusive one-on-one interview. Etheridge’s son Beckett died in the spring of 2020 from causes related to an opioid addiction.

“I felt it was time now to put together a piece of work that takes the listener through my life and ends up with this redemption. This place of feeling like I can go on. Even though I lost my son and so many other things. I will go on. I need to go on.”

The self professed “drama geek” has always loved acting but that love took a backseat when her music career took off. Now though after more that 15 albums to her credit, Etheridge feels that this is the right time adding nothing is too sacred to share. “We definitely touch on being a lesbian, what it was like in the seventies, eighties and nineties.” Also included is her overcoming breast cancer, her plant medicine discovery and more.

Etheridge continues to discover new parts of herself as a performer too. That includes getting out of her comfort zone and quite literally her physical zone. That was certainly the case when she left her Los Angeles home and took a small trip down the road to Beverly Hills to visit some housewives. A more recent Etheridge Escapade is that of her appearance on The Real Housewives of Beverly Hills.

“Well, they reached out to me and my first reaction was, ‘Oh no no no no.’ And then my second reaction right after that was, ‘Wait a minute. Anything that I say no to so immediately I need to look at because sometimes that's the best place for me to be – where you least expect me,” says Etheridge.

“They have their thing, they have their stick, and they do it. And I just came in and hopefully spread a little love and went on my way.”

Etheridge continues, “I live in L A so I was just down the street. Then there was the reaction that I got the day that it came out. You know, the social media reaction stuff was so funny. So yeah, I'm really happy. I did it.”

“If you ever hear me say, ‘I'm retiring,’ come get me because someone has kidnapped me or something!"

In between visiting the Housewives and her upcoming stint on Broadway, Etheridge is on tour. In fact, she says there will never be a time when isn’t on tour.

“If you ever hear me say, ‘I'm retiring,’ come get me because someone has kidnapped me or something. I will never not tour. I just don't see that that's not an option for me.”

While the tours are a part of her DNA, Etheridge does still contend with one issue of live performing. “The funny thing is it has been my challenge. My whole career is to record something that is as good as the live performance, but you just can't, that's just the experience.” Those who have seen her live know this to be 100% factual.

An Etheridge show is epic, period.

A post shared by House of Blues Las Vegas (@hoblasvegas)

This weekend Melissa will be at the House of Blues in Las Vegas. The very place that legendary musician Carlos Santana holds a residency. That got us wondering if Etheridge would ever consider a Las Vegas residency.

“Well the Broadway thing is the first time I'm going to like stay in some place for a long time, even though that's a totally different type of show. I do love touring. I love touring because I get to reach people that don't ever find their way to places like Las Vegas or New York, I get to reach those people.” she says. "I'm 60 now and traveling is good, I'm fine. I have no problem with it, I love it.”

Though she is quick to add. “ I imagine that maybe a residency would be nice. I always say that. But, you know, it has to be kind of the perfect thing.”

Ahem, did you hear that House of Blues?

KC is for ME

The one constant from her whether she is touring the country or bathing in the lights of Broadway are her beloved Chiefs.

"Don't think I didn't laugh when I saw your name," Etheridge says laughing at the comparison to one of the greatest tight ends ever to play football (let alone Chiefs football) Tony Gonzalez. "I was like, 'Oh my God, I am going to do an interview with Toni Gonzales." For obvious reasons, we had to ask about her life-long love of the Chiefs and how she feels about the upcoming year.

"It's exciting because there's that point of unknown. Tyreek (Hill) is gone. Was he the the magic or not," she asks rhetorically. "I'm so confident in Patrick (Mahomes) and Andy Reid, and Travis Kelce. And then these new guys, these new wide receivers the new defense," Etheridge says with genuine excitement. "There are so many teams that could do it this year, that just makes it exciting."

Melissa’s My Window: A Journey Through Life takes the stage on October 13 to October 29. After that she will resume the European leg of her “One Way Out Tour.” That is of course, if Vegas doesn't manage to keep her.