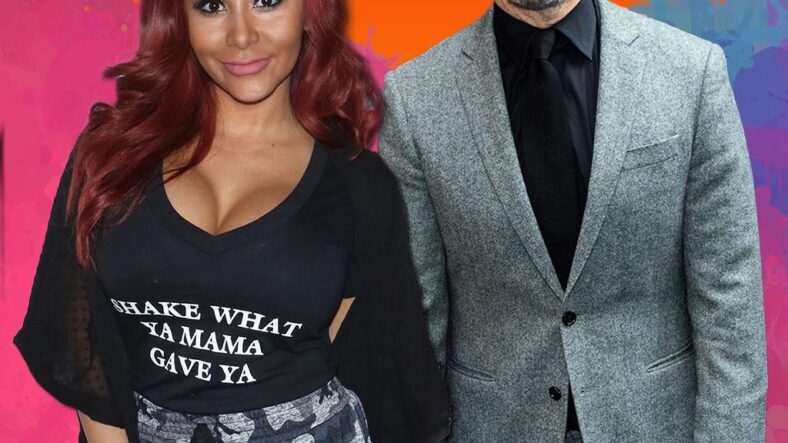 Andy Cohen has been against the idea of adding Nicole “Snooki” Polizzi to the cast of The Real Housewives of New Jersey for years but today, while chatting with friend Kelly Ripa on Instagram live, the Watch What Happens Live confirmed he’s recently had a change of heart.

Following the September 17 episode of Live! With Kelly and Ryan, Kelly hosted a live chat on the daytime series’ official Instagram page in which she questioned Kelly about a recent rumor suggesting Snooki will soon be joining the ladies of the Garden State.

“We are already in production on next season,” Andy explained of the current state of his show.

After the returning women of The Real Housewives of New Jersey, including Teresa Giudice, Melissa Gorga, Dolores Catania, Margaret Josephs, Jackie Goldschneider, and Jennifer Aydin, were temporarily shut down from filming in March amid the outbreak of COVID-19, they resumed filming this summer on the remaining episodes of their 11th season and have remained in production ever since.

Because filming on season 11 is already underway, Andy told Kelly that the addition of the former Jersey Shore cast member would not be happening anytime soon. He then noted that when it comes to Snooki joining the cast, he’s been hearing swirling rumors for years.

“That’s a rumor that’s popped up a few times,” he shared.

As fans of the series, and of Snooki, may know, she’s been linked to rumors of a potential addition to The Real Housewives of New Jersey since 2015. However, throughout the first several years of fake reports, Andy always felt that the matchup didn’t make sense for the franchise.

“It’s two different shows. I don’t see it,” he recalled telling himself to Kelly.

While Andy never had much of an interest in the concept of welcoming Snooki to his series, he has since began considering the idea after seeing the latest set of reports. As he explained to Kelly, who spoke of the matter herself during the live broadcast of Live! With Kelly and Ryan on Thursday, seeing her chat about the matter on the show after seeing the rumors online made him finally take the possibility seriously.

“It legitimized it,” he admitted. “It made me think, you know what? Maybe this isn’t the worst idea.”

According to Andy, Snooki is better suited for The Real Housewives of New Jersey now that she’s older than she was when the rumors first began.

”She’s 32, so she’s in the age range. And I’m now thinking this is something to keep our eyes out for… Maybe season 12,” he teased.

Also during the live broadcast, Kelly pointed out that when it comes to joining the cast of the Bravo reality series, Snooki likely wouldn’t face many challenges when it came to getting to know the group because she is already friends with a number of the ladies of the show, including Melissa, who she’s spent tons of time with during summers at the Jersey Shore.

What is Snooki Saying About a Future Role on ‘RHONJ’?

Earlier this week, after our article was shared on a Real Housewives fan page on Twitter, Snooki reacted to some of the comments being made about her potentially being seen on a future season of the show.

“They’ve been asking her for yearsssss. I wonder if she’s finally giving in,” one person wondered in response to the article.

Then, when a second person who was hopeful that the rumor was true told Snooki not to “play with [her] emotions,” Snooki responded by saying that the report was “not true.”

When a third follower of the fan page then said that Snooki was “not that interesting,” suggesting that she should not be considered for a position on the popular series, Snooki clapped back by confirming that she is quite interesting.

“I’m so interesting! I wear pajamas all day and raise 3 kids,” she shared.

In the article in question, which received nearly 200 likes on Twitter, it was noted that Snooki had been spotted enjoying time on the water at Barnegat Bay at the same time as several Real Housewives of New Jersey cast members, including Teresa, Melissa, Dolores, and Jennifer.

As Jersey Shore aficionados may know, Snooki married husband Jionni LaValle in November 2014 after meeting and striking up a relationship during her time on the MTV show.

The couple shares three children, including their two sons, eight-year-old Lorenzo and one-year-old Angelo, and their daughter, five-year-old Giovanna.

In February 2015, when rumors of her potential addition to The Real Housewives of New Jersey first began, Snooki took to her blog to deny the reports and suggest, via OK! Magazine, that she wouldn’t join the cast, even if she was asked.

“Remember when we were talking about the [Real Housewives] and what my tag line would be? Well everybody thought that I was going to join The Real Housewives of New Jersey. It is in the freaking magazines and no it’s not true, it’s not happening. I don’t want to be a damn housewife. That’s not what I want to do with my life,” she told readers at the time.

As some may have seen, Snooki chose to address the rumors after Andy seemingly shaded her when asked about whether or not she would be joining the cast on Twitter.

“Andy made it clear on his Twitter saying, ‘She ain’t joining’ like he doesn’t like me or something and the article was saying I was begging Bravo to be on the show. My f*cking a** I was begging anybody,” Snooki continued. “I do not want to be a housewife.”

Snooki continued on to her fans, asking, “Like who makes this sh*t up? I really don’t get it!”

Months later, after prompting more rumors regarding a role on the show by spending time with cast member Melissa and her family at the beach, Snooki spoke to Entertainment Tonight about the ongoing reports.

“Nope. Never,” she said of going the Bravo series. “I would be honest and say yeah, but no.”

As for why she continues to be faced with rumors, Snooki said that it was likely due to her ties to the Real Housewives of New Jersey cast, and her friendship with Melissa.

“I think it’s just because I’ve hung out with Melissa [Gorga] a little bit. If you hang out with a housewife, you’re automatically a part of the show. But, no,” she explained.

Snooki went on to say that she simply wasn’t old enough, at that time, to be considered for a position on the show. After all, she was in her late-20s and likely didn’t have a whole lot in common with her potential cast mates.

Now that she’s “a little bit older” and Andy is now on board, fans just might get to see Snooki on a future season of The Real Housewives of New Jersey.