Recently Josh Duggar's wife and mother of his children, Anna Duggar, has been receiving a lot of attention on Instagram. 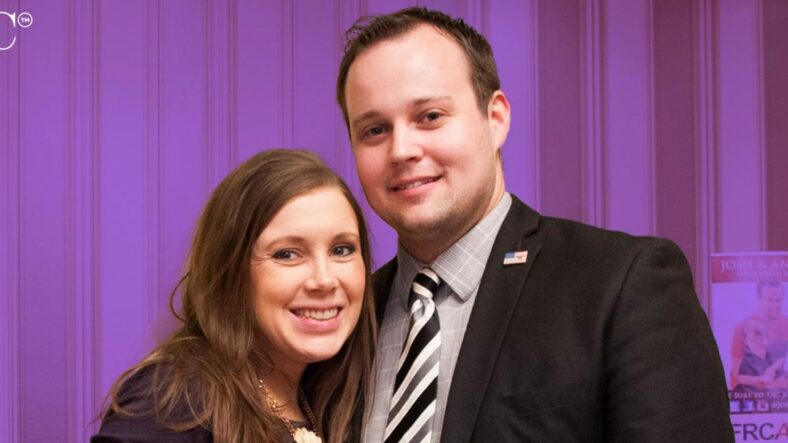 Recently Josh Duggar's wife and mother of his children, Anna Duggar, has been receiving a lot of attention on Instagram.

Celebuzz reported that since his initial arrest, she has been distant on social media for quite some time.

We are overjoyed to announce baby seven is on the way and we can’t wait to hold her in our arms this fall! pic.twitter.com/sFokoh6TBH

One Reddit user stated "She has only posted a few times in the last year and the comments are always limited. In reality, she can't post anything for the public without a million people asking about josh or why she doesn't leave him, etc."

Another user said "I think she got tired of people harassing her and talking about her and her pedophile husband and just said forget it and took it down. My opinion is she didn't need an Instagram account anyways."

Recent news reveals that Josh Dugger will be released from prison early. Josh is set to be released on August 12, 2032. It is still not known why he's getting out early, but it might have to do with the time he did in Arkansas. They have a Sex Offender Management Program, 40% of inmates are sex offenders.

The prison is low-security and has 1,751 inmates. Recently fans were convinced Anna Duggar is pregnant over a picture of her friend's wedding of Anna as a bridesmaid.

Josh Dugger is blaming his ex-co-worker for his crimes. According to PageSix, Josh claims Caleb Williams would "regularly used the only computer that had child pornography on it. He also said: "Government failed to investigate or interview Caleb Williams. A federal court refused to call Caleb to the stand. "The only obvious reason why the defense is wanting to call him is that he's a sex offender," stated the government.

In May 2022 Josh Dugger was sentenced to 12 and 13 years in prison for two counts of receiving and possessing child pornography in December 2021. Josh's sister Jinger Dugger made a statement on Instagram that said: "We are saddened for the victims of horrific child abuse. We are also saddened for Josh's family, his wife, and precious children."

Josh Dugger's cousin Amy has been blasting her family members that are being convicted of child pornography charges. The HollywoodGossip revealed, Amy is trying to get Anna to leave her husband Josh Dugger.

Amy hopes Josh suffers in jail for the crimes he's done. She labeled him a monster. Amy Dugger wrote on Twitter on Wednesday, August 31 saying: "WAKE UP @AnnaDugger [AND] ANYONE ELSE WHO IS IN A RELATIONSHIP WITH SOMEONE LIKE THIS."

She continued with a screenshot saying: "Narcissists and sociopaths have no guilt about laying in bed next to you while texting another woman or man. They can take you out on a date all while they have a significant other. They can be married and have kids, all while having multiple online dating profiles. They can follow and comment on dozens of pornographic social media accounts all while simultaneously declaring their primary partner the "love of their life" in public. Their lack of empathy is stunning, their disrespect has no boundaries."

On May 17 Amy wrote to Anna Dugger on Instagram trying to convince her to think about divorcing Josh Dugger. "Anna, I feel you. No woman wants to be in your shoes," Amy wrote. She continued: "If no one else in your life is saying it, I need you to understand that there is no shame in divorcing Josh."