Anthony Bourdain’s Last Dark Days are Revealed in a New Book, One Which Family and Friends Call ‘Defamatory’

Beloved superstar chef Anthony Bourdain took his own life on June 3, 2018. He was a man of great passions, 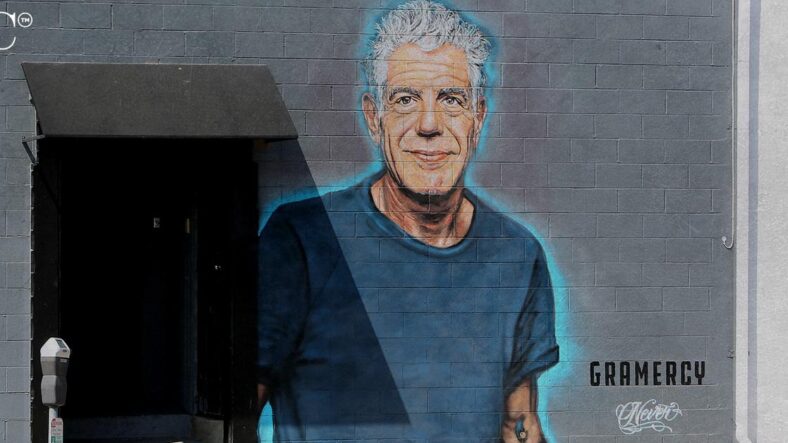 He was a man of great passions, extraordinary talent, and the ability to touch lives the world over. He has been dearly missed in the four years since his death, and people still remember him fondly.

A new book by journalist Charles Leerhsen is providing insight into what his final dark days looked like, revealing among other things texts Bourdain must have assumed would always remain private. Family and friends call the book "hurtful and defamatory," but the publishers are releasing it anyway.

What Does the New Anthony Bourdain Book Reveal?

After Bourdain died something remarkable happened. Family, friends, loved ones and colleagues banded together to clamp down on information leaks around the star's final days. They wanted to protect his memory and legacy from the prying eyes of the masses and the malicious intent of those looking to sully what he left behind. And amazingly, it worked.

Very little has been known about Bourdain's last days because of their efforts, but a new book blows the lid off those final days – and many think it's a terrible thing.

The New York Times reports, "On Oct. 11, Simon & Schuster will publish what it calls the first unauthorized biography of the writer and travel documentarian. 'Down and Out in Paradise: The Life of Anthony Bourdain' is filled with fresh, intimate details, including raw, anguished texts from the days before Mr. Bourdain’s death, such as his final exchanges with Ms. Argento and Ottavia Busia-Bourdain, his wife of 11 years who, by the time they separated in 2016, had become his confidante.

'I hate my fans, too. I hate being famous. I hate my job,' Mr. Bourdain wrote to Ms. Busia-Bourdain in one of their near-daily text exchanges. 'I am lonely and living in constant uncertainty.'”

The last text exchange he had with Ottavia was when he texted her, "Is there anything I can do?" to which she replied, "Stop busting my balls." Bourdain responded, "Ok," and hanged himself hours later.

The book pieces together more than 80 interviews along with files, texts and emails from Bourdain's laptop.

While it will certainly make for a fascinating read, Bourdain's brother Christopher Bourdain calls it hurtful and defamatory, emailing the publishers twice over his concerns about the contents. He wants errors to be corrected before they publish. In an interview, Christopher explained, "Every single thing he writes about relationships and interactions within our family as kids and as adults he fabricated or got totally wrong."

The publishers say simply that they disagree with Christopher's assertions.

The Complicated Legacy of Anthony Bourdain

When people remember Bourdain, it's with a combination of fondness and pain. The manner of his death, such a stark contrast to his friendly, vibrant, eyes-forward on screen personality, has left a painful mark on the hearts of his fans and loved ones. As suicide almost always does.

But in life, Bourdain was an extraordinary human. He went above and beyond to help people, and he wasn't afraid to use his fame to push causes near and dear to his heart.

Case in point: an old video clip has resurfaced of Bourdain taking a shot at working class exploitation in Singapore, where almost every middle income house has a maid to do the daily basics, because there's such a (non)thriving and desperate low income pool to draw from.

The woman seated beside Bourdain in the clip, his local guide, explained, "…Everybody's got a maid, looking after their child at home. So maids are kind of like the opiate of the masses."

And Bourdain, never one to shy away from calling out injustice, quipped back, "It's like bourgeois, man. You're living off the labor of a repressed underclass." People laughed uncomfortably, but behind Bourdain's dark eyes could be seen sincerity and frustration. Frustration he often displayed when traveling through countries where a system of worker exploitation existed.

Although he was kind to fans, and intense in his passions, the manner of his death will forever complicate the way the world remembers Anthony Bourdain. It's the same for Robin Williams, so famed for bringing laughs to the world, and others who left behind a mixed message to the world.

But whether or not remembering him comes with a pang of pain, it's clear that even 4 years after his death, fans are eager to reconnect with all things Bourdain.