Applebee’s in the Metaverse: it’s not some far-distant future, it’s happening here and now. The neighborhood grill chain just sold

Applebee’s in the Metaverse: it’s not some far-distant future, it’s happening here and now. The neighborhood grill chain just sold its first NFT, and they’re launching a series called Metaverse Mondays. Sound a little weird? With the advent of NFTs and the way people are leaping at every chance to own one – it was just a matter of time before the food world seized hold of the opportunity to cash in. CELEB takes a look at what NFTs at Applebee’s means for customers. 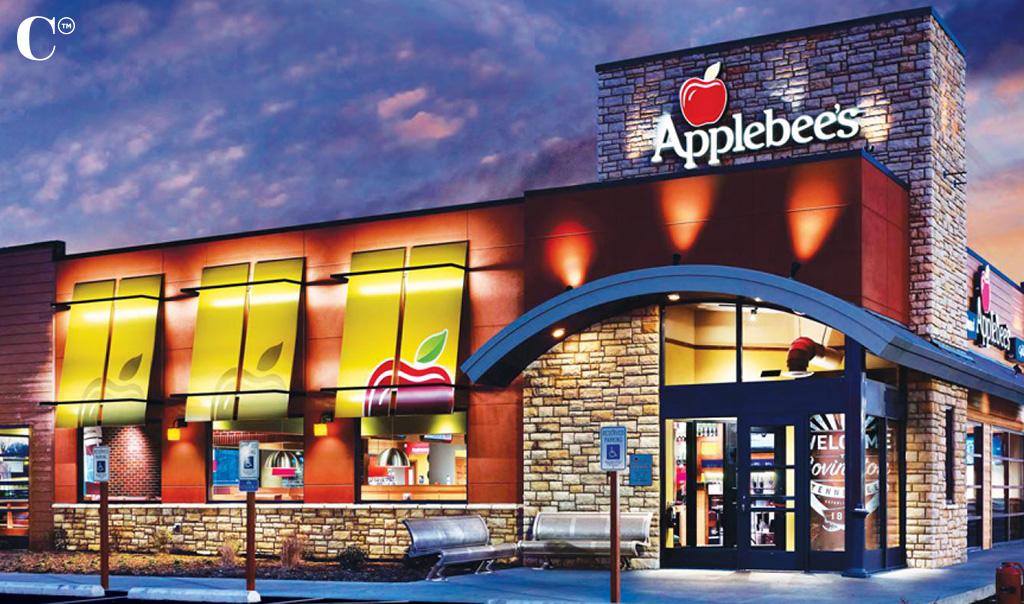 Applebee’s just sold a $25 burger that no one can eat. If that’s your thing, then you’re in luck because there’s more where that came from. Looking to cash in on crypto hype, the grill restaurant chain sold a colorful burger art to signal the start of their Metaverse Mondays series. The non-fungible token burger is a stylized neon representation of one of Applebee’s best-selling dishes, designed by New York artist Amber Vittoria.

Although the buyer couldn’t eat their $25 burger – alas – they received around $1,300 in Applebee’s gift cards, so they’ll have plenty of burgers in their near future – around a year’s worth, if you do the math. Restaurant Business shares, “‘We are all about ‘Eatin’ Good In The Neighborhood,’ and our ability to connect the real world with the virtual world through our great tasting Handcrafted Burgers was an innovative idea we wanted to seize,’ said Applebee’s CMO Joel Yashinsky in a statement. ‘Our first #MetaverseMonday was a success, and we look forward to continuing to engage our fans with real world food and virtual world NFTs that reflect our delicious food throughout this month!’”

Applebee’s joins White Castle, Dominos and Taco Bell in joining the digital art revolution that is NFTs, and launching into the Metaverse world. Applebee’s will feature a new NFT every Monday throughout December.

What is the Metaverse? 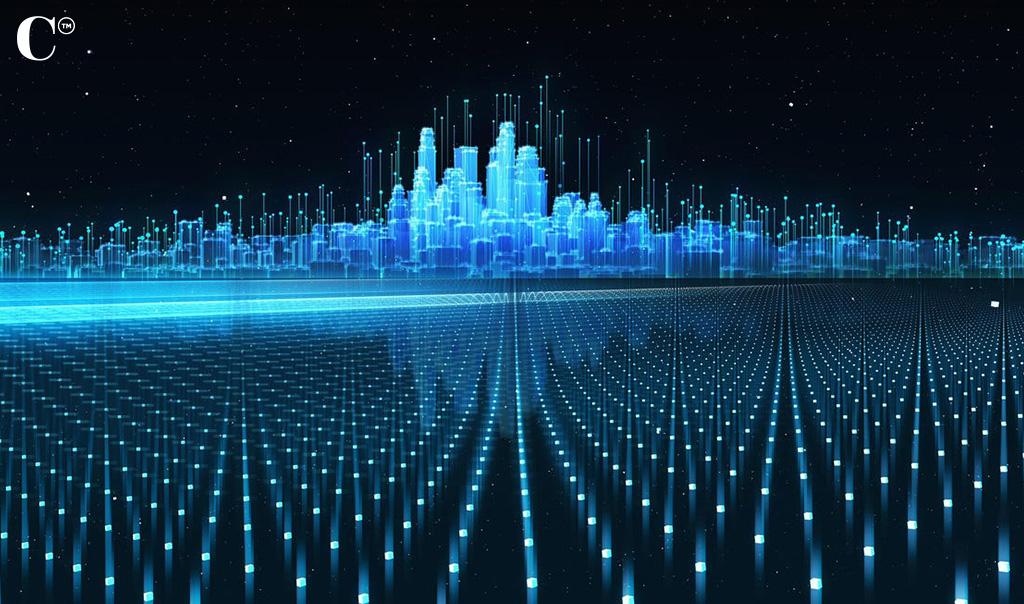 If you’re like most people, you just started understanding what NFTs are and now people are talking about the Metaverse. So what is the Metaverse? Right now, the metaverse is a concept slowly being brought to life. The Metaverse is a 3-D digital world that incorporates virtual and augmented reality and blockchain technology.

Companies like Facebook are determined to begin launching services on the Metaverse, and if you’ve ever seen the movie “Ready Player Two,” you may have some understandable concerns. Living in a digital world alongside the real world is something we already dabble in as a species. With games like Roblox providing in-game reflections of the real world for people to gather and interact, and events like concerts and music festivals now being offered in a digital space, we’re pretty close to a Metaverse society.

The NY Post reports, “Fans of the metaverse see it as the next stage in the development of the internet. At the moment, people interact with each other online by going to websites such as social media platforms or using messaging applications.

The idea of the metaverse is that it will create new online spaces in which people’s interactions can be more multi-dimensional, where users are able to immerse themselves in digital content rather than simply viewing it.

The accelerated interest in the metaverse can be seen as a result of the Covid-19 pandemic. As more people have started working and going to school remotely, there has been an increased demand for ways to make online interaction more lifelike.”

Instead of meeting your friends for coffee, you can don some VR goggles and take a virtual stroll to a cafe online where you all meet “together” from the comfort of your own home. While it’s an exciting concept during the pandemic when we’re struggling with being required to stay home more often, it could be problematic. The fast rise of the internet has already seen generations struggle to compensate and find a balance between online living and the real world, and if you make it as easy as turning on a pair of VR goggles to visit your friends instead of leaving your home? It’s clear where the danger could lie.

However, that hasn’t stopped big corporations from jumping in feet-first and enthusiastically once it became clear that the Metaverse was happening whether we liked it or not. Companies like Applebee’s integrating itself into the digital world may still require some in-person activity – after all, you can’t eat a digital burger – but it’s a jarring concept. 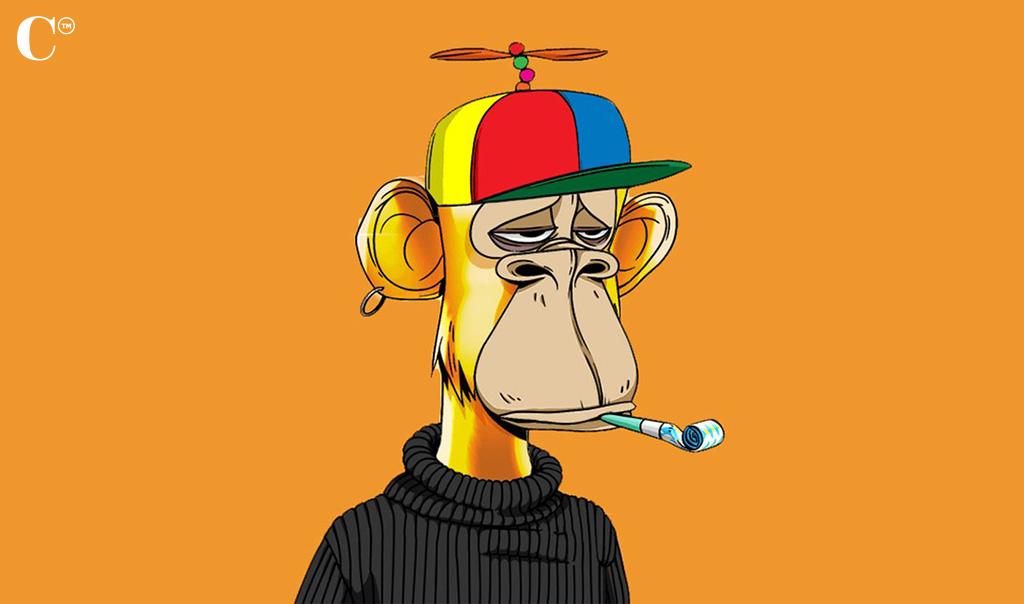 Whether or not you’re on board with the looming Metaverse world, it’s clear that NFTs have forced their way into the mainstream. Once considered a niche geeky tech novelty, now everyone has heard of NFTs. Just this week, headlines everywhere told the story of an NFT faux pas that had people talking.

The Bored Ape Yacht Club is a series of 10,000 NFT art pieces, each showing the signature character with slight differences. One such piece was supposed to sell for around $300K, but the owner of the NFT made an oops when typing in the amount and it sold for $3K instead.

Unlike many other stories about NFTs, this one went mainstream because it was so laughably relatable – well, maybe not the $300K art piece part. Seeing it plastered across a variety of media outlets proved that NFTs have made the switch from niche to mainstream.

At Art Basel this year, an entire week’s worth of events leading up to the big weekend included tailgating parties focused on NFTs and their intersection with the contemporary art community. Although they’ve been around since the early 2010’s, NFTs didn’t really take off until 2017 with the advent of CryptoPunks, and they’ve grown exponentially in popularity since then.

Since CryptoPunks hit the scene, artists and collectors have taken note of the unique draw of NFTs. As cryptocurrency has its day in the sun in 2020 and 2021, NFTs have become the way to hold value that isn’t just in Bitcoin or Dogecoin. In October, CELEB took a look at the advent of NFTs as a mainstream concept; “For fans of course, getting their hands on that unique bit of art or music is every superfan’s dream. In the past year alone, some huge names in music and art have sold NFTs to surprising works, and legitimate auction houses have taken notice. In March, a relatively unknown digital artist who goes by Beeple sold an NFT series of his work through Christie’s for a staggering $69 million. This launch into the stratosphere for the sale of NFTs helped legitimize them as valuable products for the ultra-wealthy to indulge in, which of course trickles down the line and helps offer legitimacy to smaller, less costly NFTs as well.

Now with Applebee’s getting a piece of the pie as well, you can eat good in the Metaverse neighborhood.