Who Is Ariana Grande’s New Album ‘Positions’ About? A Complete Breakdown Of The Lyrics

But wait, what are the singer’s new songs about, you ask? Were they inspired by her relationship with Dalton Gomez? Does she mention him in the lyrics? Did she sing about her past relationship with Mac Miller? And did she throw any shade towards her other ex-boyfriends in the music? Not to worry, people, because we went ahead and broke down each and every song off of the new album for you. Here’s what each one is really about…

It seems like “Shut Up” is a song dedicated to Grande’s haters. The former Nickelodeon star sings in it, “How you been spending your time? / How you be using your tongue? / You be so worried ’bout mine / Can’t even get yourself none / You know you sound so dumb / So maybe you should shut up.” 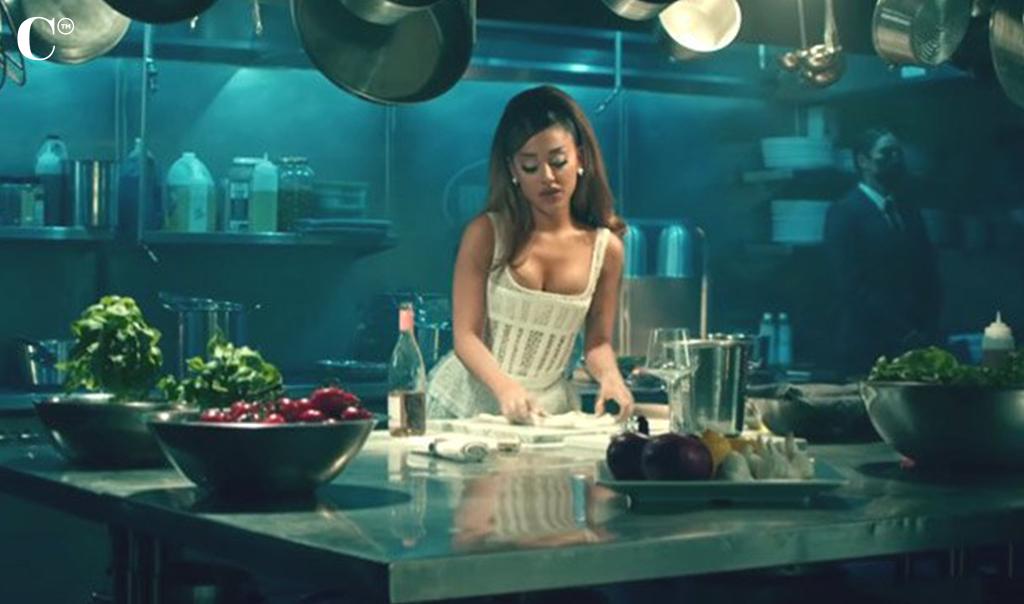 This song is probably the most talked about song on the album. Why? Well, it’s got a NSFW meaning behind it. For those who don’t know, 34+35=69, which is a famous position in bed.

“So what you doing tonight? / Better say, ‘Doing you right’ / Watching movies but we ain’t seen a thing tonight / I don’t wanna keep you up / But show me can you keep it up / ‘Cause then I’ll have to keep you up / S**t maybe I’ma keep you up, boy,” the lyrics read. “I been drinking coffee / And I been eating healthy / You know I keep it squeaky, yeah / Saving up my energy / Can you stay up all night? / F**k me ’til the daylight.”

“Motive” is about the beginning stages of a relationship, and it appears to be a reminder from Grande to herself to not rush into anything too quickly.

“I see you trying / Subliminally trying / To see if I’m gon’ be the one that’s in your arms / I admit, it’s exciting / Parts of me kinda like it / But before I lead you on / Baby, tell me what’s your motive,” Grande sings. “You treat me like gold, baby / /Now you wanna spoil me / Did you want a trophy? / Now you wanna sport me, baby / Want me on your neck / ‘Cause you wanted respect / ‘Cause you fighting some war, baby / Well, I had to bring the fists out / Had to put a wall up / But don’t trust phonies, baby / You gotta tell me what’s your motive, baby.”

“Just Like Magic” is all about self love, and we are obsessed with it!

“Good karma, my aesthetic / Keep my conscience clear that’s why I’m so magnetic / Manifest it, I finessed it / Take my pen and write some love letters to heaven / Just like magic, just like magic / Middle finger to my thumb and then I snap it / Just like magic, I’m attractive / I get everything I want ’cause I attract it,” the Victorious alum sings.

‘Off The Table’ Ft. The Weeknd

Many fans are convinced this song is about her past relationship with Miller. For those who don’t know, the rapper passed away in 2018 from an accidental overdose. The two stars had dated for two and a half years before breaking up earlier that year.

“Will I ever love the same way again? / Will I ever love somebody like the way I did you? / Never thought you’d be so damn hard to replace / I swear it don’t mean to be this way / If I can’t have you, is love completely off the table?” Grande sings in the emotional ballad. “I can love you harder than I did before / Was in a dark place back then, I was toxic and then I was toxic to someone else / I was haunted by the hills, oh yeah / I couldn’t give you my all, but I will / If you let me in your arms / If you let me in your heart.” 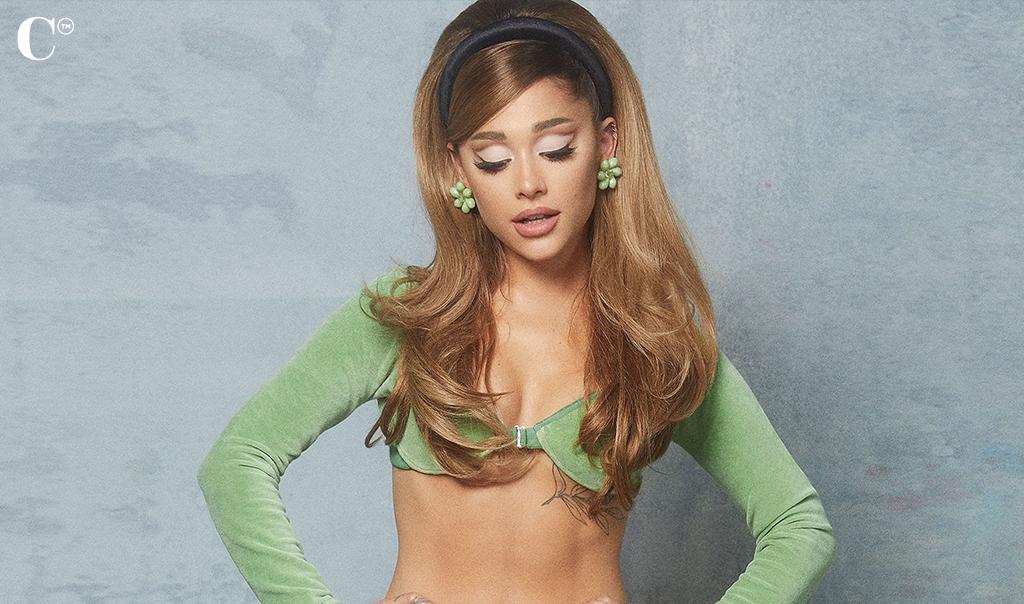 “Six Thirty” seems to be a message to the “Thank U, Next” songstress’ new boyfriend, Gomez. The lyrics basically warn him that one day Grande might “lose it and go crazy,” so she wants to make sure he is prepared and willing to stay by her side through it all.

“I know I be on some bulls**t / Know I be driving you crazy / But I know you love how I whip it / You can only stay mad for a minute / So come here and give me some kisses / You know I’m very delicious / You know I’m very impatient / Might change my mind, so don’t keep me waiting,” the lyrics read. “I just wonder, baby, if you’re gonna stay / Even if one day I lose it and go crazy / I know this s**t kinda heavy / I just wanna tell you directly / So boy, let me know if you ready.”

This song seems like a total love song, and many fans are convinced it’s also about Gomez! It’s all about falling head first for a guy, without a “safety net.”

“You’re making me forget my past / Never thought I’d feel like that again / I came to peace with my path / Now you got me off track / I’ve never been this scared before / Feelings I just can’t ignore / Don’t know if I should fight or fly / But I don’t mind,” she sings. “Tripping, falling with no safety net / Boy, it must be something that you said / Is it real this time, or is it in my head? / Got me tripping, falling with no safety net.”

In “My Hair,” Grande gives her man permission to run his hands through her luscious locks.

This song is all about Grande not being able to keep her hands off of her beau.

“You got me all up in my feels / In all kinda ways / I be trying to wait, but / Lately, I just want to keep it real / No more playing safe, let’s / Take it all the way / I’m just saying,” the star sings in the explicit track. “Don’t wanna wait on it / Tonight, I want to get nasty.” 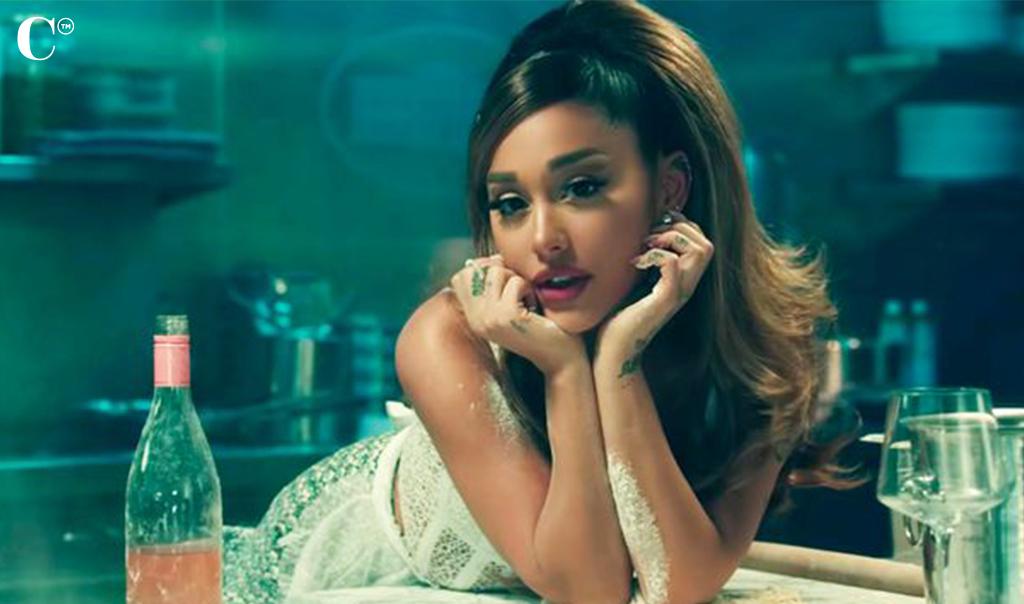 “West Side” is another love song seemingly for Gomez, and get this — Grande even sings about becoming his wife!

“Just let me be in your life like that / Be your wife like that / I’ll bring the light right back / I’ll bring the life right back / I’m gonna make you want more / I’m gonna be your new favorite / Tell them you closing the door / I am the only for sure,” the lyrics read. “Hold up, there shouldn’t be no hold up / There’s more love if you follow emotions / Show up, now if you down to roll up / Meet me on the west side for me.”

“Love Language” is about starting a new relationship after getting out of a bad one — a possible reference to her previous romance with Pete Davidson, since that was the last person she dated before Gomez.

“If you gonna keep speaking my love language / You can talk your shit all night / You the medication when I’m feeling anxious/ That’s the kind of s**t I like / Teach me how to love you, I’m unlearning what ain’t right / I want you to keep speaking my love language / Baby, talk your s**t all night,” Grande sings. “Why would I double back or do the same thing twice? / A question, something that I can’t deny / Leave my baggage at the door, I’ll claim you mine / All mine/ You soothe me, you hold it down with every word you speak / Baby, been a minute since I had something so sweet.”

“Switchin’ the positions for you / Cookin’ in the kitchen and I’m in the bedroom / I’m in the Olympics, way I’m jumpin’ through hoops / Know my love infinite, nothin’ I wouldn’t do / That I won’t do, switchin’ for you,” the lyrics read. “Perfect, perfect / You’re too good to be true (You’re too good to be true) / But I get tired of runnin’, f**k it / Now, I’m runnin’ with you (With you).”

But during the song, it appears that the 27-year-old included a major dig towards her ex Davidson. At one point in “Positions,” Grande sings, “I’m just hopin’ I don’t repeat history,” and some fans were quick to notice that she took a big pause between syllables in the word “repeat” — seemingly referring to Davidson. Get it, you guys? “Re-Pete?”

“Obvious” is a total bop! In it, Grande sings about Gomez coming into her life when she least expected it.

“I love the thought of us in the evening / Crave the feeling / The way you feel, something ’bout it’s healing / I’m praying we don’t f**k this up / Others that I’ve had had to impress me before / But I knew you were the real thing when you walked through that door / I didn’t think that I would have to spell it out / Don’t put the bands, put the bands on me / Oh my love, oh my love is free / Ain’t no price on my loyalty / No s**t got me right where you want me / Baby, could I be more obvious,” the lyrics read. 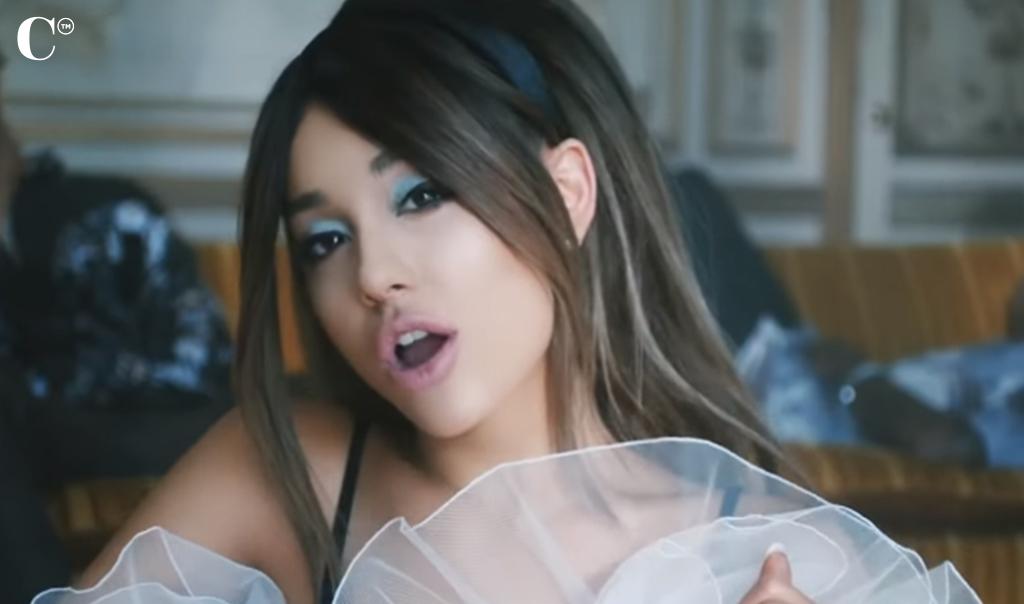 In the final song on the album, Grande sings about wanting to see herself in the same light that her boyfriend does.