It’s official, Asher Angel has a new woman in his life! Yep, after weeks of speculation, the actor just confirmed 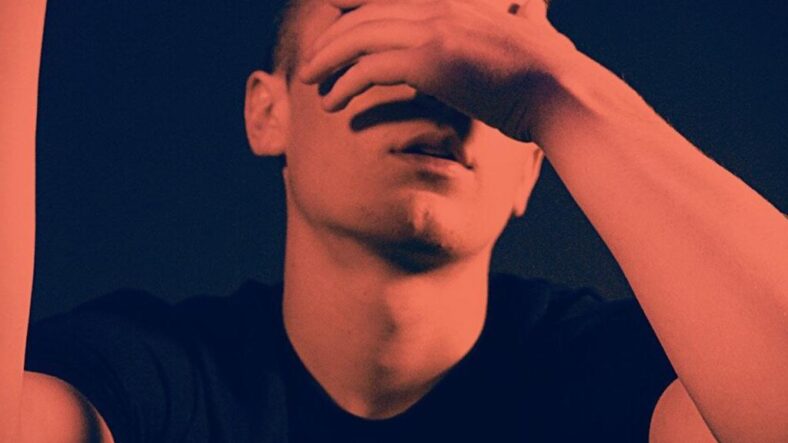 It’s official, Asher Angel has a new woman in his life! Yep, after weeks of speculation, the actor just confirmed that he’s dating TikTok star Caroline Gregory, and we are so here for this pairing! Angel shared a snap of him and Gregory cuddling up while ice skating on Thursday, December 31, with no caption. She reposted the same picture, writing, “Hi Asher.”

How cute is that?! They also shared a few PDA-filled TikToks together, and fans were living for it. But wait, how did these two meet and when did they start dating? Who even is his new girlfriend? What else do we know about their relationship? And who was he linked to before her? Not to worry, you guys, because we went ahead and broke down the 18-year-old’s entire love life from start to finish for you. Here’s everything you need to know…

Who Is Caroline Gregory? 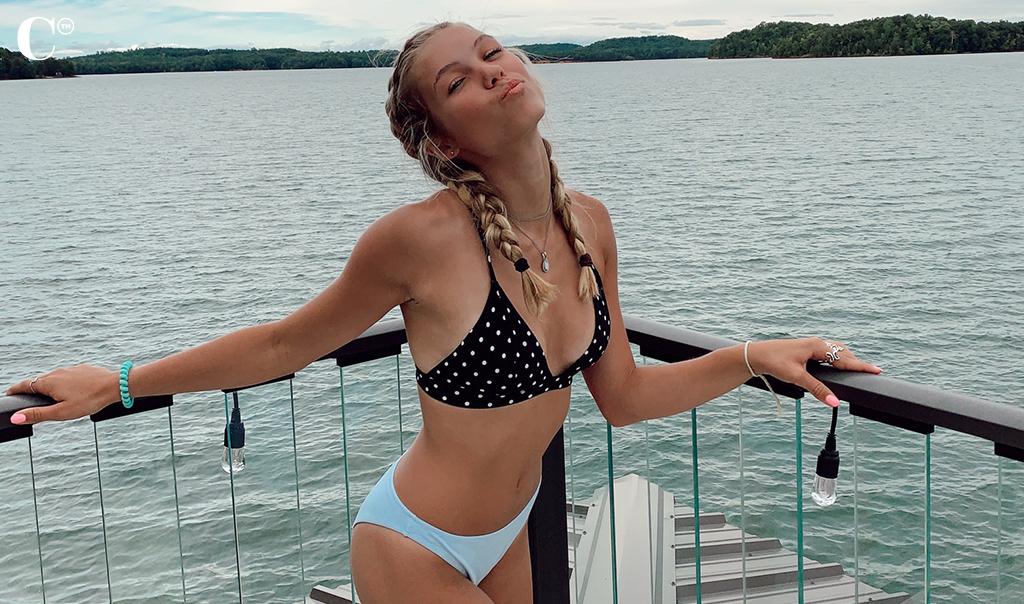 Gregory is a social media star, who is most known for posting lip syncing and dancing videos on TikTok, where she has gained more than 2.5 million followers. She’s from Atlanta, GA, and she’s also a cheerleader! Plus, according to JustJaredJr, she hopes to pursue acting and modeling in the future. Unfortunately, it’s still unclear how these two first met or when they made things official, but we hope they share some more details on their relationship soon!

Before he started dating Gregory, there were rumors that Angel was in a relationship with Instagram star Reagan Sheppeard. They met back in July 2020, when she starred in the singer’s “Do U Wanna” music video, and when he started leaving flirty comments on her Instagram pics, fans started to wonder if they were more than friends.

Then, one month later, Angel seemingly confirmed that he and Sheppeard were indeed dating when he responded to a fan’s comment about their relationship.

“Your new GF is so cute. You and Reagan are so cute,” the supporter wrote on YouTube, to which the former Disney Channel star responded with, “Thank you so much.”

Things must have fizzled out after that, however, because they stopped interacting online a few weeks later.

What Happened Between Him And Annie LeBlanc?

Angel’s most famous relationship was probably with Annie LeBlanc, who he dated for almost a year. They met in June 2018 after she starred in his “Chemistry” music video, and right away, they hit it off.

“We spent the entire day laughing and getting to know each other,” the Andi Mack alum told J-14 about the day they met.

But it wasn’t until one year later, in May 2019, that they finally confirmed their relationship to the world!

“She’s super cool, super nice and she makes me happy,” Angel gushed during an interview at the time. “I make her happy, I guess, somehow. I don’t know how. It’s crazy. But she’s the best and she’s very supportive.”

They quickly became couple goals — posting tons of cute pictures together and gushing over each other non stop, but in May 2020, they shocked the entire world when they announced that they had split.

“It breaks my heart to write this, but Asher and I have broken up. It’s no ones fault, especially not his. He treated me exactly the way a girl should be treated and deserves no hates. He will always hold a special place in my heart and I wish him nothing but the best,” LeBlanc wrote on her Stories at the time. “I hope you guys will understand and continue to support and love us both.”

We don’t know what went wrong in the end, but after they went their separate ways, Angel told  Entertainment Tonight that he was “heartbroken” over the breakup.

Who Was Asher Angel Linked To Before That? 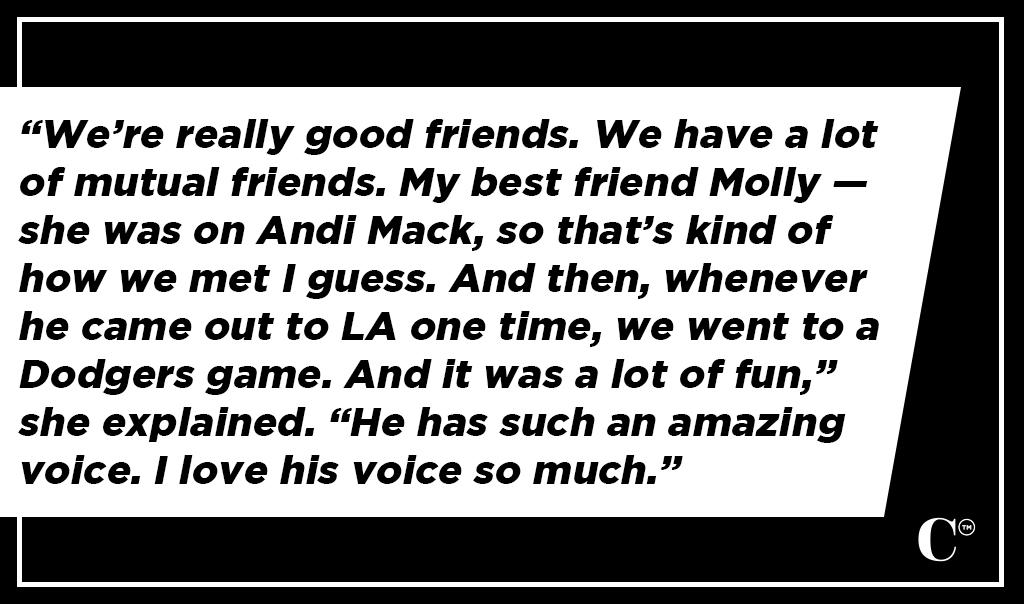 In October 2018, Angel and Jenna Ortega sparked dating rumors when they attended the Venom movie premiere side by side. Later that month, they fueled speculation even more by wearing coordinated Halloween costumes. And when a fan asked if he had a girlfriend during an Instagram Live, the “One Thought Away” crooner said, “Yes!” They never spoke out about the relationship other than that, so unfortuantely, there’s not a lot of details on it.

But what about his costars, you ask? Did he ever date his on-screen girlfriend, Peyton Elizabeth Lee, in real life?! Nope. Lee made it clear during a past interview that they were only friends.

“Asher’s like my best friend in the whole world,” she explained. “He is really like my brother.”

Angel also addressed the rumors, and he said that his costar was like his “sister.” He said, “Me and Peyton, we’re really, really close! She knows, like, literally, everything about me. She’s really like my sister. And in the show it’s a lot different. It’s really complicated. Some feelings get hurt. It’s definitely a lot different.”

Some people also thought that he dated Nickelodeon star Madisyn Shipman back in 2017, when they were spotted spending a lot of time together. But she set the record straight, and it turns out, they were only friends too.

“We’re really good friends. We have a lot of mutual friends. My best friend Molly — she was on Andi Mack, so that’s kind of how we met I guess. And then, whenever he came out to LA one time, we went to a Dodgers game. And it was a lot of fun,” she explained. “He has such an amazing voice. I love his voice so much.”