It’s official, you guys, Ashley Tisdale is a mom! Yep, the actress announced that she and her husband, Christopher French, 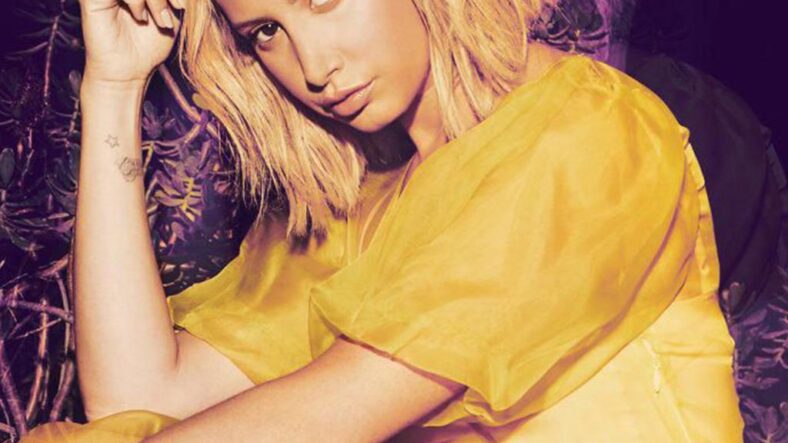 It’s official, you guys, Ashley Tisdale is a mom! Yep, the actress announced that she and her husband, Christopher French, had officially welcomed their first child together, and we couldn’t be more excited for them. The baby — a little girl whom they named Jupiter Iris French — was born on Tuesday, March 23, and both of the new parents took to Instagram to share the the exciting news.

“Jupiter Iris French arrived earth side 3.23.21,” Tisdale captioned a black and white shot, which showed her newborn’s tiny hand wrapped around her finger.

Who Is Christopher French? 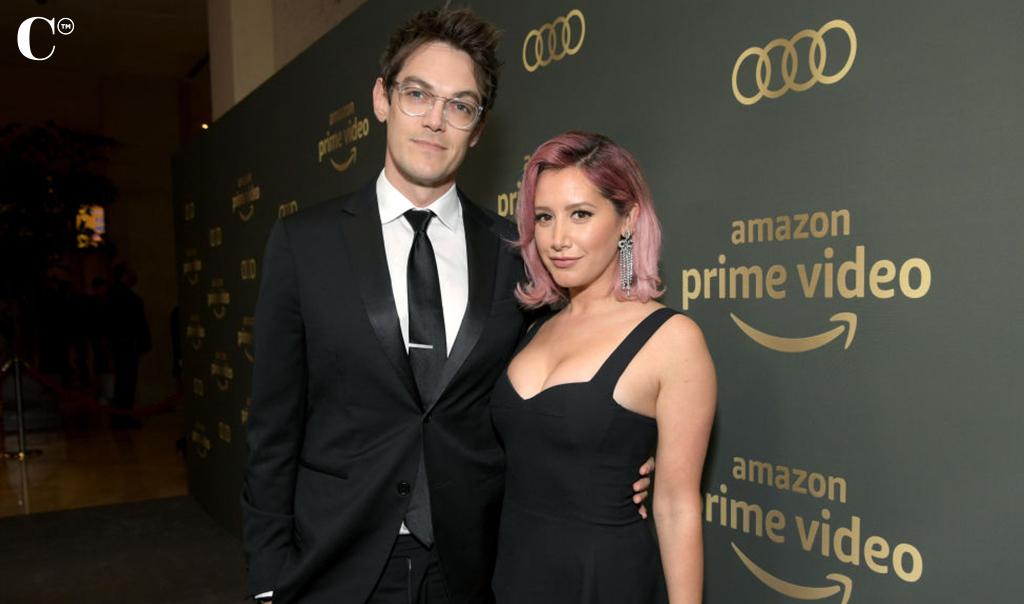 Some of you may be wondering — who even is Tisdale’s husband and baby daddy? It turns out, French is actually a music producer who has worked on numerous big shows and movies, including Young & Hungry, 5 Weddings, Unlovable, The Dead Girls Detective Agency, Lupe, Harley Quinn and more. He’s also a recording artist, and used to be the lead singer of the band Annie Automatic. As for his love life, before Tisdale, he dated actress Kaley Cuoco for about a year, before they split in 2012.

What Do We Know About His And Ashley Tisdale’s Relationship?

The couple first started dating in 2012, and the High School Musical alum later admitted that it was love at first sight for them!

“I’ve obviously been in long relationships in the past. But I think because of knowing what I wanted, I wouldn’t have gone into a relationship if it wasn’t what I wanted. I think from the moment that him and I met, I just knew it. I was like, ‘OK, this is the guy,’” she gushed in a 2013 interview. “And he knew the same thing. It doesn’t get any better. I just can’t explain it.”

They were together for eight months before they got engaged. And the way. he proposed to her was seriously adorable. Get this — the music producer got down on one knee and asked the former Disney star to be his wife on top of the Empire State Building. How romantic is that?!

“Best night of my life. We’re on top of the world,” Tisdale wrote at the time.

Best night of my life. We’re on top of the world

They got married in September 2014 in Santa Barbara, CA, and boy, was their wedding beautiful!

They recently celebrated their sixth anniversary, and Tisdale took to Instagram to commemorate the occasion, writing, “Wow I can’t believe we’ve been married six years?! Time flies. I remember having so much fear the minute we got together because I couldn’t believe how good you treated me. I had never been treated that way. But I let go and trusted my heart and eight months later we were a couple of crazy kids engaged.”

“Chris you truly have made me a better version of myself because you keep inspiring me everyday. Your heart is pure, you would do anything to make me happy, through the ups and downs you are my solid rock. I’m so grateful I get to be your wife,” she continued. “I love you and after all this time I’m still into you…”

“Six years. There are so many moments, so many tiny fragile little moments that I can look at specifically. Amazing, beautiful bright ones and hard, cloudy difficult ones,” he wrote. “We just keep getting closer. I really can’t imagine life without you @ashleytisdale. I love you endlessly, Happy Anniversary.”

Then, the pair announced that they were expecting their first baby together in September 2020. At the time, Tisdale shared a pic of her and French standing together with her growing baby bump on full display.

One month later, they revealed that that were expecting a little girl!

“This year has obviously been hard. For so many. Ups and downs, and an emotional roller coaster. I think this day was by far my favorite day EVER!” Tisdale captioned a picture from her gender reveal party. “I cried I was so happy. P.S. for all you people going above and beyond for gender reveal parties. A cake with the color inside is JUST as rewarding as fireworks but SAFER!”

What Did Ashley Tisdale Say About Her Pregnancy? 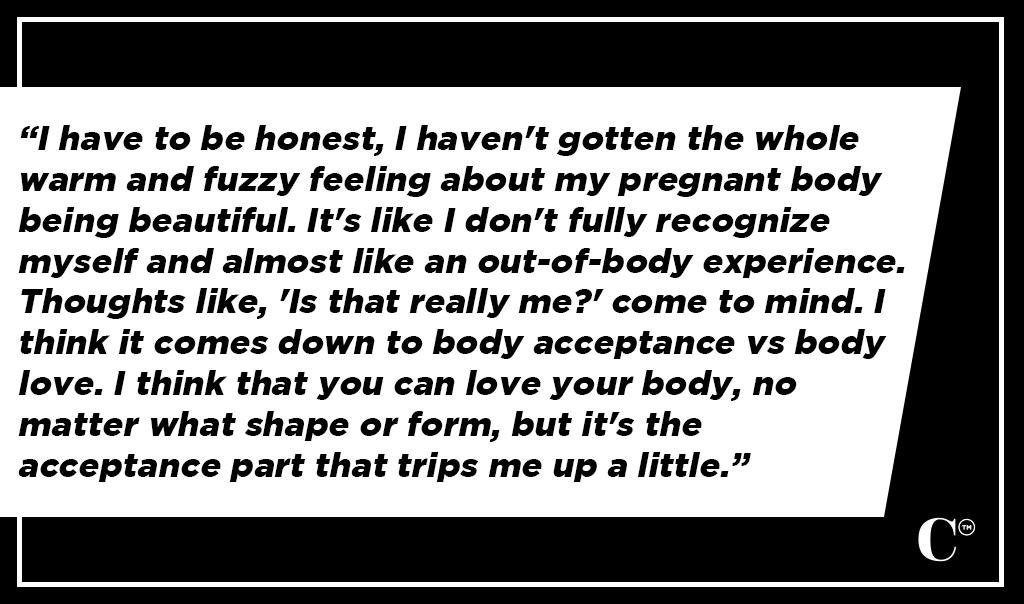 Tisdale’s pregnancy wasn’t easy, and she was very open about the struggles she faced on her Instagram.

“It literally hurts just to walk on my feet. I’ve never felt pain like this and I’m hoping once the baby is here it lets up,” she wrote on her Stories.

She also explained on a blog post, “I have to be honest, I haven’t gotten the whole warm and fuzzy feeling about my pregnant body being beautiful. It’s like I don’t fully recognize myself and almost like an out-of-body experience. Thoughts like, ‘Is that really me?’ come to mind. I think it comes down to body acceptance vs body love. I think that you can love your body, no matter what shape or form, but it’s the acceptance part that trips me up a little.”

The blonde beauty continued, “I think change can be hard, but I continue each day saying I love you to my body because it’s doing so much, and it’s creating is a beautiful miracle. I have to let the ego-mind go and appreciate that my body can even do this. It’s letting go of my own needs because the needs of my baby are more important. I don’t know what my body will be like after the baby comes, but I do know I’m going to give it time, let it heal, and take really good care of it. I wanted to share this because I’m sure that like a lot of other people, I felt ashamed that I was uncomfortable at first. Yet, it’s important to honor how you feel and understand that everyone has a different experience with pregnancy.”

Who Else Was Ashley Tisdale Linked To? 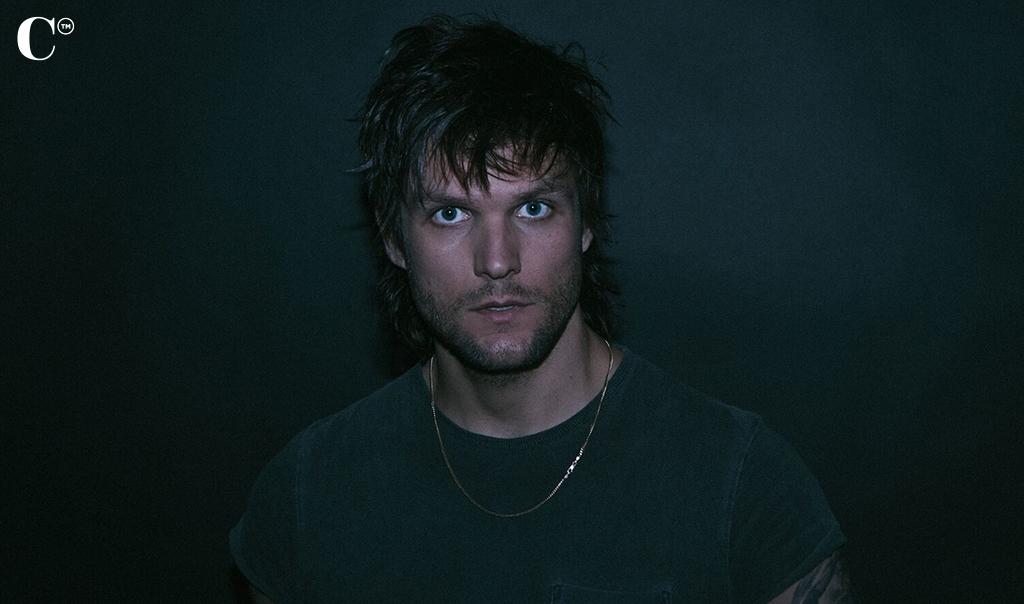 Before French, Tisdale was briefly linked to Boys Like Girls frontman Martin Johnson. They reportedly met on the set of the band’s music video for “Love Drunk,” and when pics of them packing on the PDA surfaced in January 2012, everyone was pretty shook. But news hit the web that they had split a few months later.

Before that, she dated music video director Scott Speer for almost two years — from 2009 to 2011. Unfortunately, they both stayed pretty tight lipped about the breakup, so it’s unclear what went wrong in the end. Her only other public relationship was with HSM dancer Jared Murillo. They were together for two years, after getting close on set of the Disney Channel original movie.

“They have not been dating for a while now,” the source told Us Weekly when they split in 2009. “They just grew apart, but are remaining friends.”