If you’re a fan of Bachelor Nation, this interview is for you!  Reality TV Personality Demi Burnett has come to 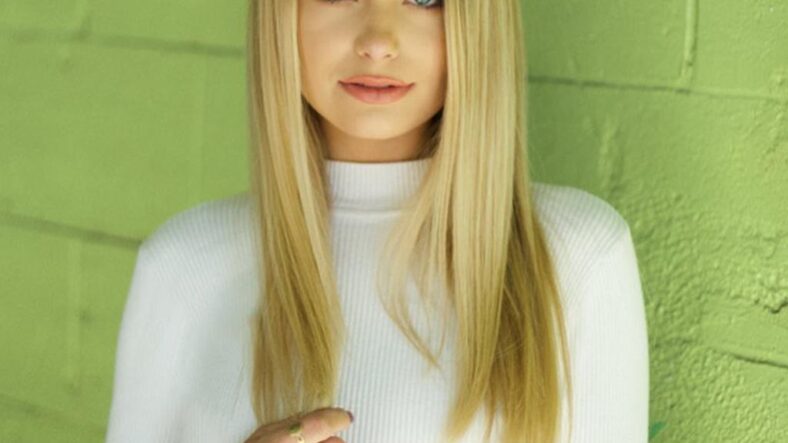 Demi’s courage to come out as bisexual on air set a new tone for the show and resulted in an outpour of love from fans around the world. She has served as an inspiration to many and now  we get to hear what she has to say about her experiences and future plans!

Q: Before you became a member of the Bachelor Franchise, did you watch the show before or was it something new to you?

A: I watched the show starting with Ben Higgins’ season. My friends and I would watch Bachelor together every Monday night and I quickly became a fan.

Q: Tell us about your experience. What was that like?  Did you have a favorite place you guys traveled to on the show?

A: It was honestly unlike anything I’ve ever done in my life. It was one of the most amazing experiences I’ve ever gone through. I always tell people, if you’re thinking about applying, you should because it is so much fun.

My favorite place that I got to travel to was Singapore. It was actually the first place we went.  The only place I had ever been to outside the US was Mexico and that was on a cruise. I never left North America.  Getting to go all the way to a place across the world  was so fascinating and beautiful. I loved the architecture and how clean it was. This show was truly unlike anything I had ever experienced. I feel very fortunate to have been able to experience these things and go on The Bachelor. 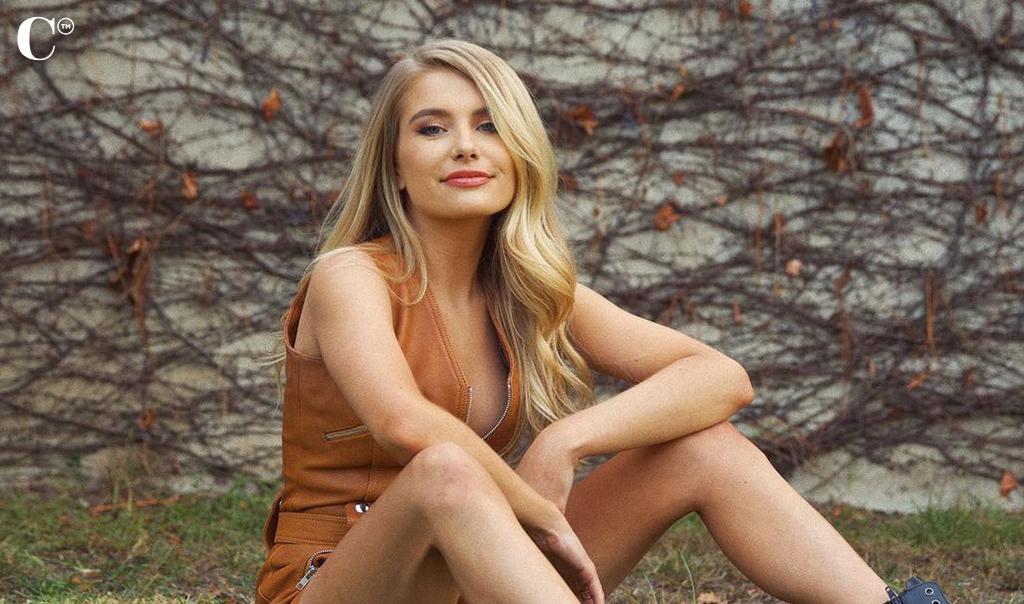 Q: That’s amazing to hear. I guess you really never know what you’re in for until you go on! When you were filming, what was it like behind the scenes? Were you friends with a lot of the contestants?

A: Oh yeah behind the scenes we were all like best friends. We were a family.  I swear  the only time there was any kind of fighting was whenever the cameras were on and it was like we were just hanging out by the pool and all of a sudden we would be confused as to why someone was mad. I would think to myself “Why are you mad now girl? What happened?”

But you know, it’s a show, I get it. You just need to stand your ground. I wish people saw how much the girls were actually bonding and helping each other out. People are zipping up girls in their dresses, girls are doing people’s hair, doing people’s makeup. It’s really like you’re just a bunch of sisters and you’re all hanging out. Sometimes you get annoyed with each other but at the end of the day we still had each other’s back and helped any way we could.

Q: Awesome to hear Demi. It’s great having an inside scoop on what goes on behind the scenes. So after Colton’s season, you went on Bachelor in Paradise and you came out during that season.

Was that scary for you? What did you expect from viewers, family and friends?

A: It was really terrifying. Paradise is like a heart hardened memory for me because it was so emotional. As people probably can tell, I tend to try to avoid being vulnerable and emotional, I’d rather just laugh about the misfortunes in my life or laugh about, you know, pain and stuff, because that’s just kind of how I cope with things.

So I did something that was really, really hard. But I knew  in my heart that it was something I really wanted to do. It  may be a cliche saying, but if it scares you, it’s probably a good idea.

I wasn’t so much concerned with the opinion of the masses but of course I knew there were going to be people that would judge me and not accept me. The biggest concern of mine was my family.  I’m from the south and have a very conservative family.  The fear of coming out is a feeling that a lot of people can relate to.

Some people feel like you’re disappointing people in your family, and you don’t want to disappoint them. But you’re also like, I need to be who I am. I want you to love me anyway. So it takes a lot of bravery.  I really, really struggled with that. It was really intense for me.

I felt like I disappointed them. You just need to talk to enough people who can relate to you and talk to people who have been through similar experiences. You’re doing absolutely nothing wrong. There’s nothing to feel guilty about. 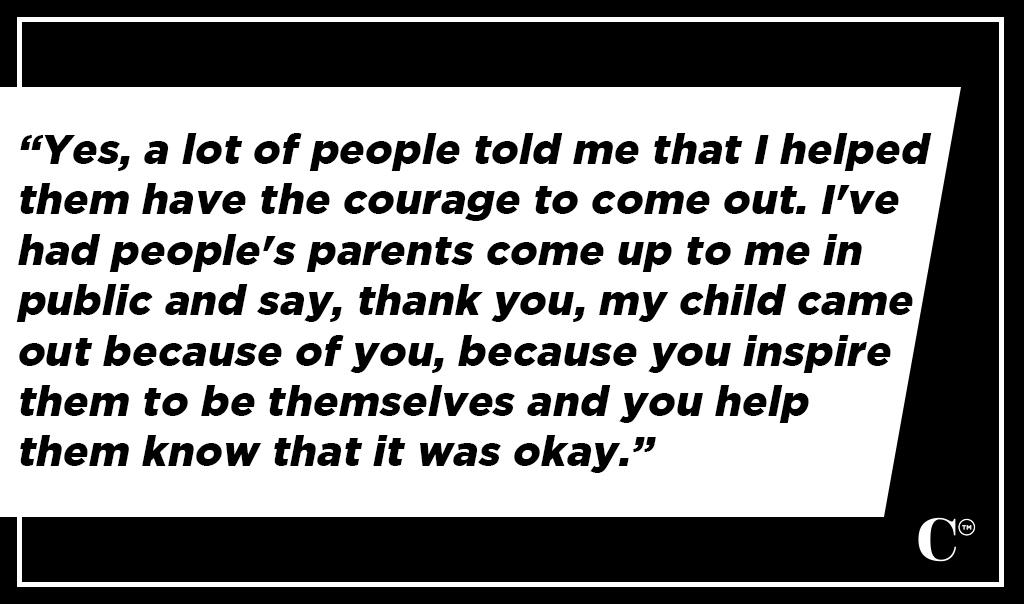 Q: Thank you for sharing that Demi. That’s great advice. This was the first time ever in the show’s history somebody came out. Did those struggling with their sexuality reach out to you?

A: Yes, a lot of people told me that I helped them have the courage to come out. I’ve had people’s parents come up to me in public and say, thank you, my child came out because of you, because you inspire them to be themselves and you help them know that it was okay.

It’s  overwhelming sometimes, in a good way. I don’t even know what to say half the time. I’m so proud of everyone and  I’m proud of myself for being able to inspire people. It really meant  alot to me that I got to help other people.

Q: You really made such an impact. That took a lot of courage.  Is there any chance you might ever return to reality TV  or do you want to go a different direction?

A: You know, I’m completely open minded to anything. I love being on TV. I love being in front of the camera. I’m fascinated by how all of it works. I love entertaining. We’ll see what happens whenever this pandemic is over and we can see people again. 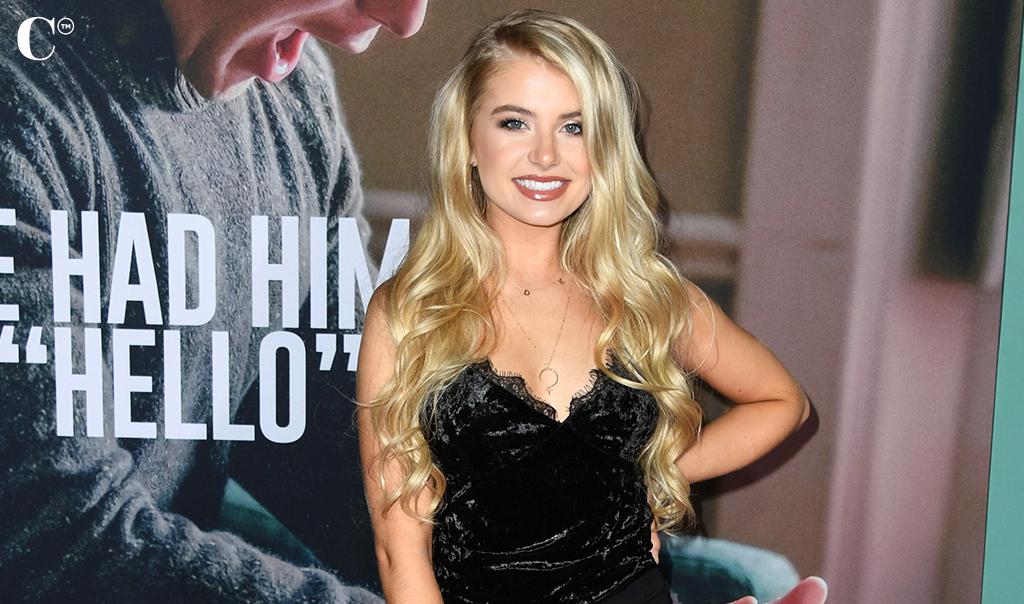 Q: That’s right. Let’s hope soon! Speaking of the pandemic, what have you been up to?

A: So the first half of the pandemic, I was in a relationship and I really wasn’t focusing on myself at all. I was more focused on the person I was in the relationship with. I kind of fell out of touch with my goals and who I was. Once that relationship ended,  I had this kind of awakening that I needed to focus on me.

I have this amazing opportunity that I was given and I’m not utilizing it.  I’ve just been  honing in on making the most out of this and not just being the fun, funny, party, bubbly girl.  I want to be more of a business woman.

I want to take this opportunity, run with it and explore. Right now, I’ve just been working hard with my team. We have a lot of stuff in the works. I can’t really reveal anything right now, but in 2021, you’ll be seeing a lot more of me. I’m really excited about the possibilities that I’ve got here!

Q: It seems like you have a lot going on for you and it’s very impressive how much you’ve accomplished!  I cannot wait to see what 2021 brings to you. Before we wrap up this interview, one more question, for those wanting to enter the reality TV world, what advice would you give?

A: Don’t be afraid. Don’t worry about how you’re going to look on TV. Just be yourself and be an elevated version of yourself. Just be funny, just have fun with it. If you just have fun with it, it’s gonna be great. If you’re worried about how you’re going to look, chances are you probably won’t even be on the screen half the time.

Act like you’re talking to your best friend, don’t hold back!  If you want to be the star, you have to give them something to write about.