It’s a simple concept for a toy. A vinyl bear, painted with any variety of colors and designs, customized to

It’s a simple concept for a toy. A vinyl bear, painted with any variety of colors and designs, customized to strike the fancy of buyers. But BEARBRICK has managed to do more than create a simple vinyl bear with some cool design, the Medicom toys are an absolute phenomenon with some rich and famous enthusiasts. So what is Bearbrick, and why are they so popular? As the collectibles celebrate their 20th anniversary, we take a look at why they’re so popular and who’s buying. 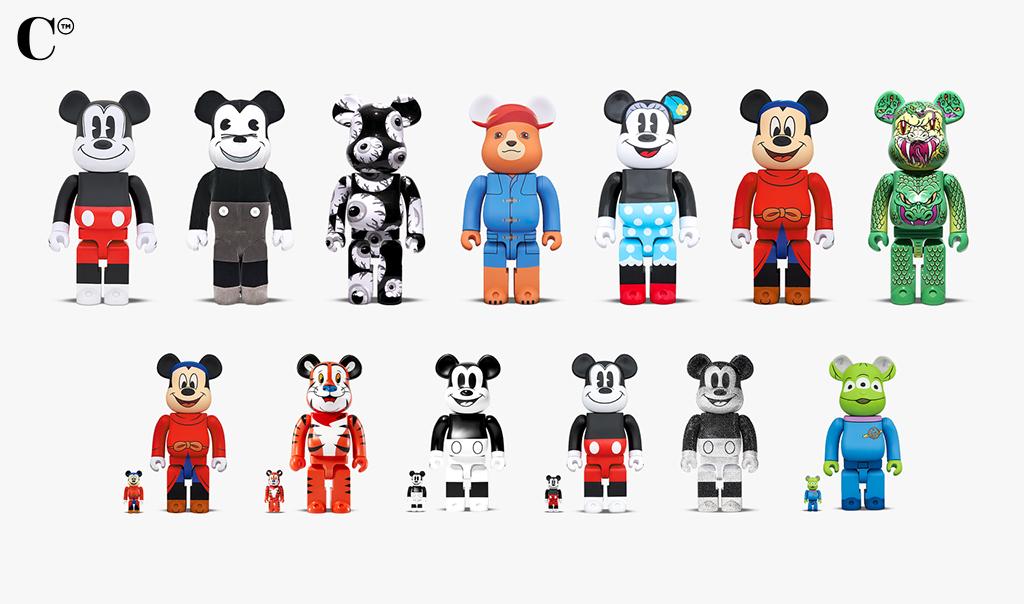 How did a vinyl bear get here? FromJapan shares this about the origin of Bearbrick: “Bearbrick (stylized as B E @ R B R I C K) is a series of bear-shaped designer toys by Medicom Toy Inc and are most often sold in ‘blind box’ assortments. The design is a variant of another popular line by Medicom, the Kubrick. Each figure appears as an anthropomorphized bear with a pot belly. Bearbricks are articulated, with the head, waist, arms, wrists, and legs all able to swivel.

The first ever Bearbrick was released in 2001, as a gift to visitors of the World Character Convention 12 in Tokyo.”

The vinyl bears range from 7cm high – referred to as the 100% Bearbricks – all the way up to 70cm high, the 1000% Bearbricks. They bear a stylized potbelly, with articulating limbs and overlarge round ears. There are several sizes in between with various price points depending on the style and the design line. The versatility in design options and collaborations with big brands has made them a sensation across the world and collectors scramble to get their favorite bears and often display them incongruously in otherwise sleek and modern home settings.

Bearbricks have made homes in art galleries and appearances on MTv’s Cribs, creating a brilliant intersection between style, art, fashion, and design. They’re separated into “series” and “types,” and span a wide variety of interests and genres. Every Bearbrick is limited edition, and re-releases are rare. 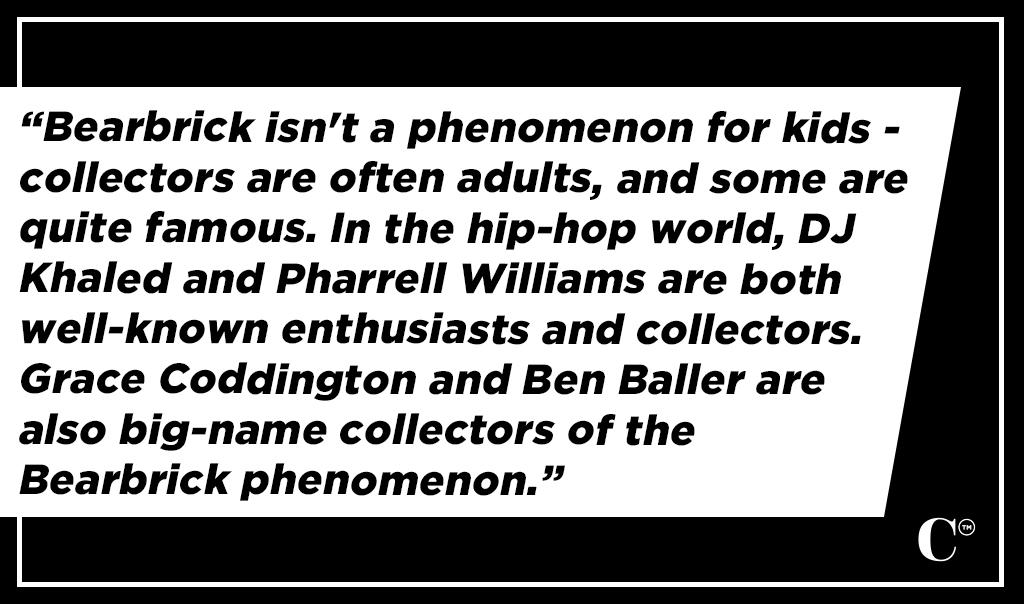 Bearbrick isn’t a phenomenon for kids – collectors are often adults, and some are quite famous. In the hip-hop world, DJ Khaled and Pharrell Williams are both well-known enthusiasts and collectors. Grace Coddington and Ben Baller are also big-name collectors of the Bearbrick phenomenon.

Establishing itself as an icon in the world of streetwear, Bearbrick has teamed up with KAWS, Chanel, Andy Warhol, and streetwear designers to harness their vision in a collectible item that will stand the test of time.

Unique Bears for the 20th Anniversary 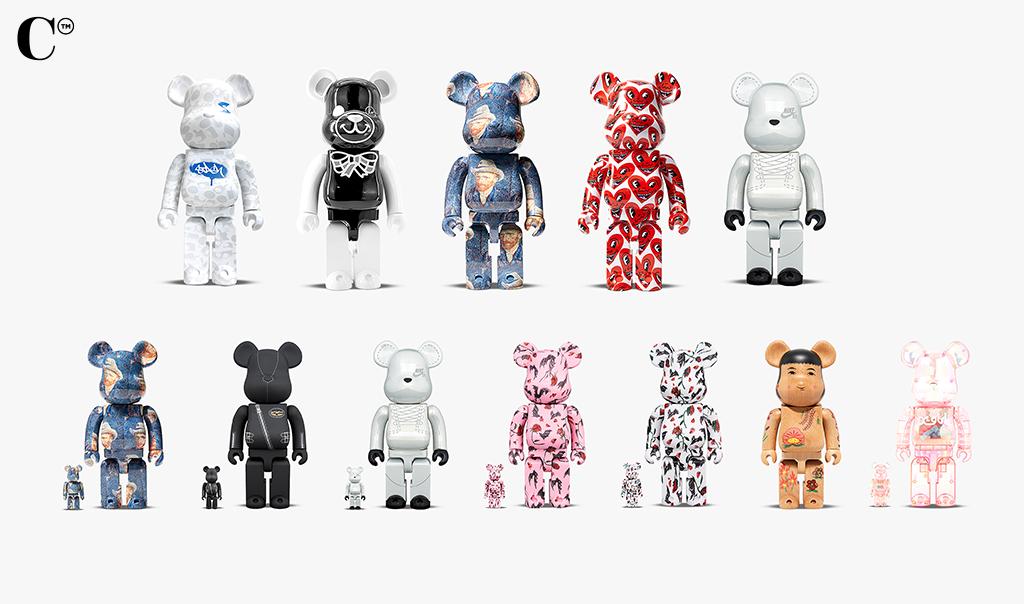 To celebrate the 20th Anniversary, NTWRK is presenting two episodes today. Some of the 20th anniversary bears include, per a press release:

Bearbricks have sold in the thousands, all the way up to the tens of thousands with a $60,000 1000% Chanel Bearbrick. With demand staying high for each release, it’s clear Bearbrick are not going anywhere, any time soon. And 20 years is pretty impressive for a rotund little bear; it’ll be fascinating to see what designs he sports over the next 20 years.