This season of Bravo’s Below Deck: Mediterranean has brought a slew of drama. Some of the most dramatic moments have

This season of Bravo’s Below Deck: Mediterranean has brought a slew of drama. Some of the most dramatic moments have included:

In the preview for the coming episodes, fans have already seen that Checketts- who has already had drama with Scott- is having a meltdown in the galley kitchen. When Captain Sandy Yawn tells White to stay out of the galley, White responds that Checketts will walk off the boat. Yawn tells her to let him.

Now, in a surprising off-screen twist, it appears that White and Checketts are done- and that he cheated on her multiple times.

In an Instagram post yesterday, White posted the following picture of herself with a glass of wine: 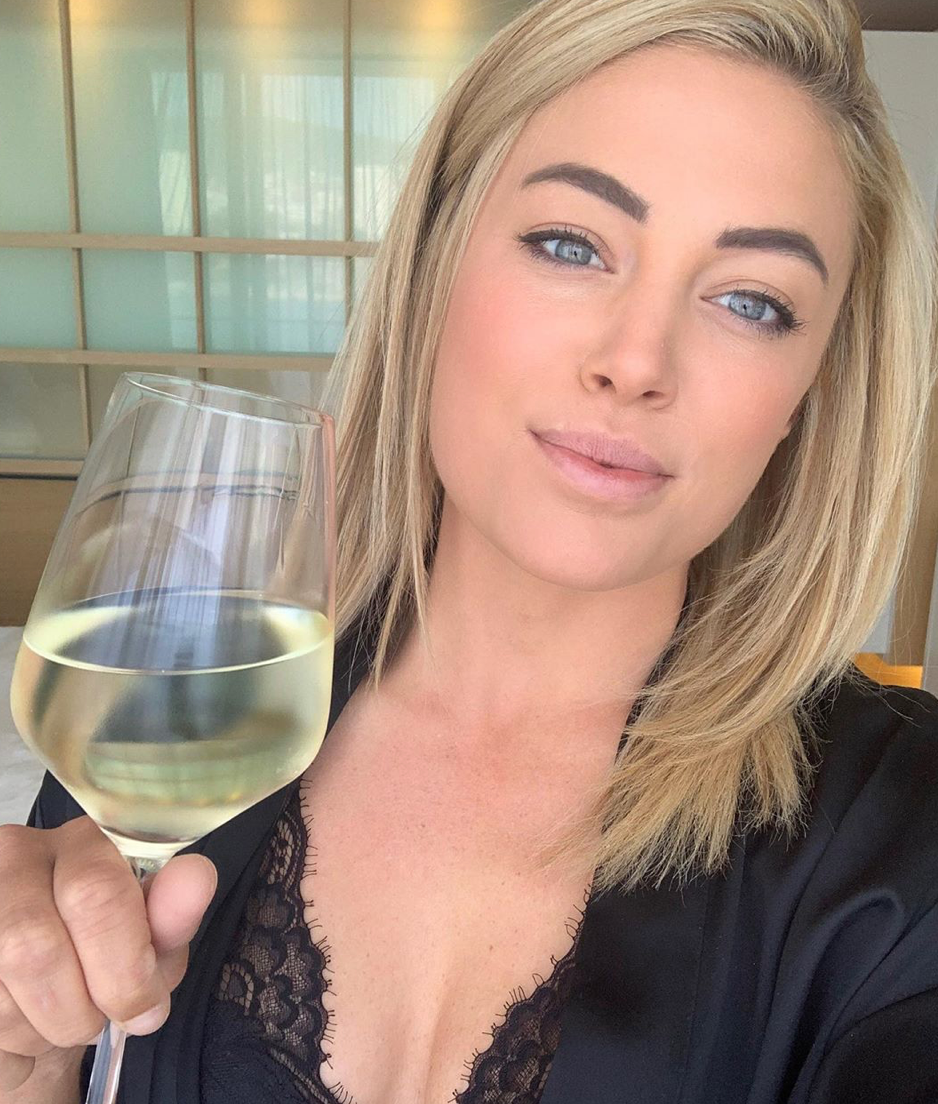 “Cheers to all the ladies out there in their 30’s,” White began the post with. It was the next word that caught our attention, though, as White continued writing “single, focused on their careers & that give zero f*cks!”

Seeing as we’re watching how dedicated White is in her relationship with Checketts play out on Below Deck: Mediterranean, the word single was a bit of a shock to see.

White added the hashtags “#stayfocused #dirtythirty #bossbabes #thankyounext.” The last hashtag is almost certainly referring to Ariana Grande’s huge hit song thanking her exes for what they taught her but empowering herself to say bye and “thank you, next” as she moves on.

While many could have wondered why White and Checketts split, White decided to take to her Instagram story to spill the beans.

First, she began by sharing the following meme of Beyonce and Jay Z: 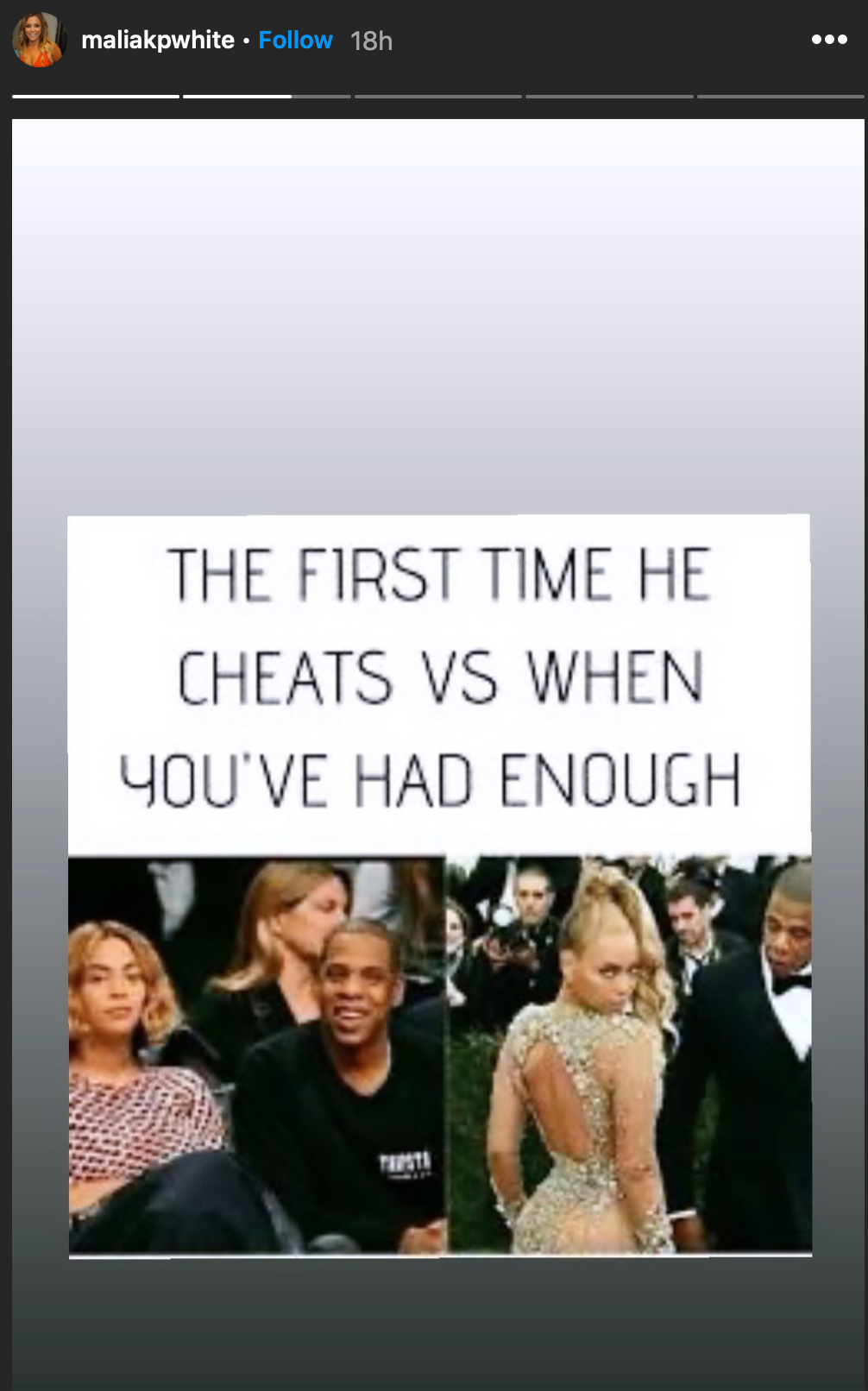 Seeing as it says “The first time he cheats vs. when you’ve had enough,” it’s easy to conclude White is alleging Checketts of cheating- and not just once.

Next, White posted herself recording Beyonce’s hit song “Sorry,” and you hear White say “This is for you, buddy.”

White wrapped her posting with sharing the below picture of the “Code of Safe Working Practices for Merchant Seafarers” from the Maritime & Coastguard Agency. As can be seen below, White captioned the photo “Back to the grind! #pardontheinterruption.” 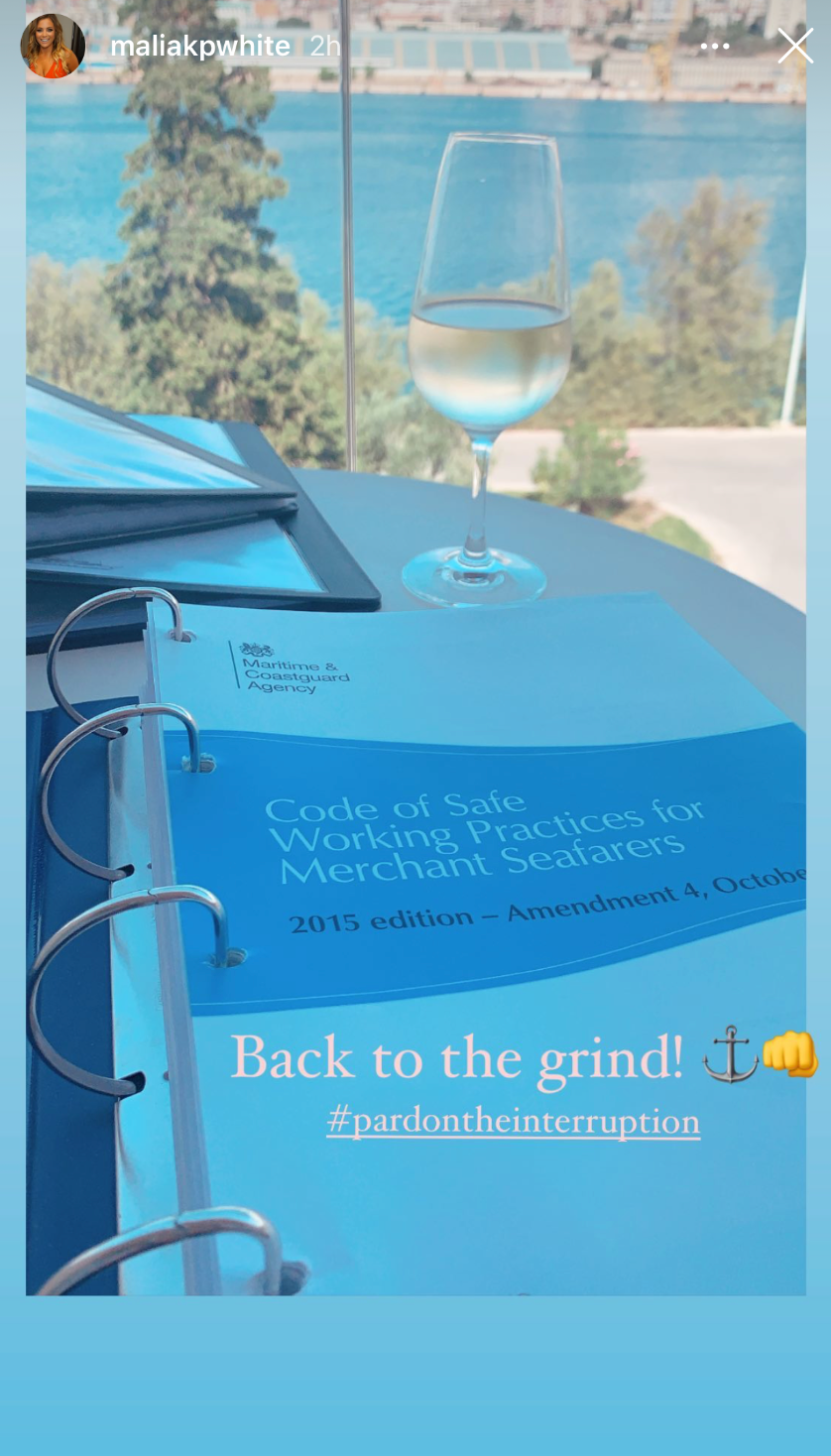 Recently, Checketts interviewed with Decider about the season and where he is at currently.

When asked if Checketts was aware of White reporting Ferrier’s drugs to Yawn, Checketts stated that “Nope. I didn’t know about it. I think that’s probably Malia trying to be discreet about it as well. As in, being professional about it. But no. I had no idea. I had seen Hannah using a vape pen a lot. But they’re not uncommon, are they? There’s no red flag there. But yeah, didn’t realize it was CBD or whatever it was.”

Then, the topic of White came up and if they’ve been talking- side note, Decider did refer to White at the beginning of their article as Checkett’s girlfriend, although the article was written last month- and Checketts stated “Yeah, it’s crazy. Malia has the advantage of having done it before. I think she’s kind of used to taking a bit of flak online. The things that people write online, they would never say it to your face, the majority of it. So it’s been interesting for sure. We obviously talk about it and reassure each other that everything’s going to be alright. This is not a big deal. It doesn’t mean anything. It’s really weird when my mum calls me and asks me if everything’s alright. And I’m like, ‘Yeah, why wouldn’t it be?’ And she’s like, ‘Oh, well, just because of all the comments online.’ I don’t read that. But yeah, my mum does and she tries to defend me. So she’ll be the crazy woman that replies to everything on Facebook. Like, mum, don’t worry about it.”

While teasing “more tantrums” to come this season, Checketts also commented on his thoughts on Yawn, detailing that “Um, she has a different management style, that’s for sure. I’ve never worked with anybody like Sandy before. I have a lot of admiration for her. She’s a female captain, there’s not many of them out there. You’ve got to admire that. That shows a lot of dedication, I really like that. I was raised by a bunch of women and I really admire it, I get that side of it. In comparison to other captains — I think everyone is different. I’ve worked for one captain who was in his mid-60s, and he was probably one of the most charming people I’ve ever met. He was very, very cool. But that probably comes from his years of experience. I’d also worked for a captain, he’d only just turned 40. He’s a bit more skittish, I suppose, because maybe he doesn’t have that confidence from years of doing it. So I’d put Sandy somewhere in between there. She has got good experience, and she’s certainly good at managing a crew on the show, as you can see. It’s different, but it’s not necessarily a bad difference. It is just different.”

As for where he is now, Checketts told Decider that “ I’m in southern Turkey, we’re probably about three hours east of Bodrum. It’s very, very hot, regularly pushes 40 degrees (about 104 Fahrenheit). I am on a big, brand new, 75-meter Feadship. So if you were to google Motor Yacht Arrow, you might have seen this particular boat go through the complex canal system in the Netherlands when it was just being delivered earlier this year. It was only delivered back in April. Brand spankin’ new. It’s got that new car smell still. The boss has been using it and using it, and abusing it as well. It’s been very busy. It’s pretty cool. We’re in Turkey mainly because of the whole COVID situation. It’s a relatively open country. As in, guests from the US, from UK, they can fly in and fly out without having to self-isolate or quarantine. It’s relatively open for yachts and crew as well. It is really beautiful. It’s a truly stunning country. It’s pretty amazing.”

For now, fans can tune into Below Deck: Mediterranean every Monday at 9 PM EST on Bravo. With all of the drama that has occurred thus far on the season, we are sure there are still some major explosions and fireworks to come.