Below Deck: Mediterranean alum Hannah Ferrier is in the news again. This time, it’s for the best reason possible. Ferrier 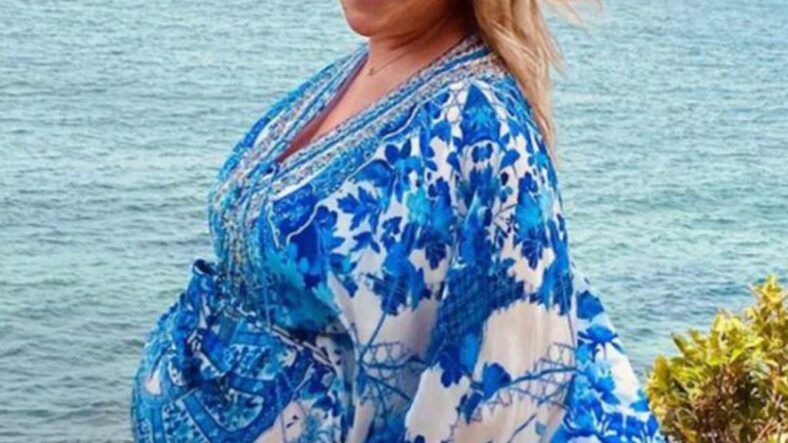 Below Deck: Mediterranean alum Hannah Ferrier is in the news again. This time, it’s for the best reason possible. Ferrier and boyfriend Josh have announced that their baby girl was born late last month.

Today, Ferrier uploaded a series of images to her Instagram to announce her baby girl’s arrival. The former Below Deck: Med chief stew captioned the trio of images, “Madam has arrived! Josh and I are so happy to welcome to the world our little girl – Ava Grace Roberts. Born on the 26th of October. She is already a little menace that has captured our hearts forever Swipe for more cuteness @poppypetersonphotography.”

Ferrier Announced the Pregnancy in June

Per UsWeekly, “‘You are already my favorite adventure,’ the reality star, 33, captioned her Instagram announcement. The Australia native added in the comments that she has ‘never been happier’ and is ‘5 months pregnant.’

In the social media upload, the Bravo personality cradled her baby bump in a lacy white dress with a smile. Shahs of Sunset star Mercedes Javid commented, ‘Amaaaaaaaaaaazing!!! Congratulations!’”

The pregnant star added, ‘That … was incredibly frustrating, just having been so sick for maybe, like, two months. There were some times where it was like 10 to 12 days, just 24/7. I don’t know why they call it morning sickness. It’s very strange because it’s not. It’s all day. So not being able to control that and not being able to feel better, [made] my normal life difficult.’”

When Below Deck: Med aired over the summer, fans were shocked to watch Ferrier’s firing. A report from bosun Malia White led Captain Sandy Yawn to fire Ferrier for an undeclared prescription for Valium. Although the prescription was legal, Yawn opted to show zero forgiveness and Ferrier got the boot.

Fans and mental health advocates immediately decried Yawn’s actions as discriminatory and unfair. Yawn later came under fire for a bizarreCameo video claiming to out White as gay.

Drama Behind, Baby Ahead

Regardless of the rocky year behind her, Ferrier has a bright end to 2020 ahead. Welcoming a new baby is one of the most challenging, nerve-wracking, but exciting experiences of one’s life. With the pandemic giving Ferrier and her boyfriend the perfect excuse to hunker down at home, they’re sure to enjoy a peaceful and wonderful babymoon with new Ava Grace. We at CELEB wish to congratulate Hannah and Josh on the addition of their beautiful baby girl, and wish them the best on the journey of parenthood.