Gold Surf’s Up: Jeweler to the Stars Ben Baller is Auctioning off a Gold Surfboard through NTWRK

When someone says "Ben Baller," what comes to mind immediately is the extraordinary; luxury, class, and celebrity. Baller is known 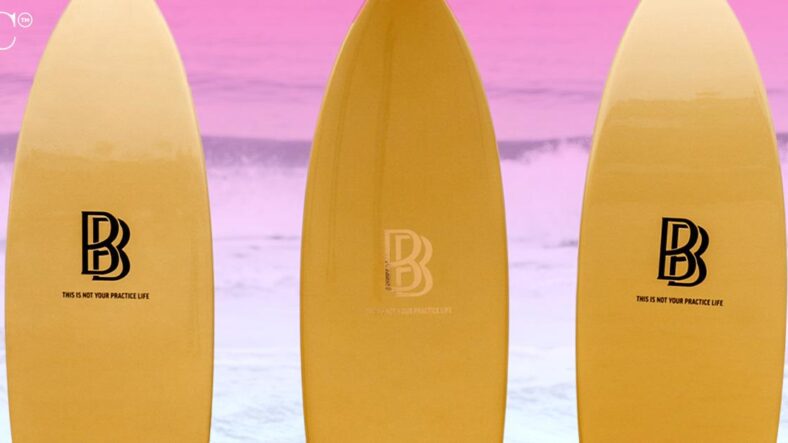 When someone says "Ben Baller," what comes to mind immediately is the extraordinary; luxury, class, and celebrity.

Baller is known as the premiere jeweler to the stars, but just as often he's creating wondrous signature gold art that can't be worn on the body.

Such is the case with his newest project; an exclusive gold surfboard being offered through NTWRK.

The Korean-American artist is known for the pieces he's created for some of the biggest names in Hollywood, but at heart he's more than just a jeweler; he's a revolutionary artist.

Baller knows how to take gold and shape it into pieces that are fantastical, statement, and elegant. Now, he's bending that skill into the shape of a surfboard.

The retail price on this beautiful piece is $1,600 – but expect to pay more if you jump in on this auction.

On the deck of the surfboard, Baller's initials are embossed with the phrase, "this is not your practice life."

This isn't the first time Baller has teamed up with NTWRK for an exciting exclusive launch.

In 2021, Baller teamed up with Kingsford Grills to cook up something hot: an Everdure grill with Baller's signature gold aesthetic and Kingsford's quality product.

But Baller's reputation goes beyond grills and surfboards. "Baller has managed to do it all. With an impressive portfolio in a variety of skills, he brings to his jewelry designs a deeply creative mind and the talent to make them reality. Baller founded his own jewelry design company IF & CO. in 2004, and he quickly became the celebrity jewelry designer to the stars. Over the years, he’s created numerous highly-sought collections and pieces, with some of his most notable being:

Plus many, many more. Baller’s celeb customers are often repeats, coming back for bigger and more ostentatious pieces with each purchase. If you’re going to have a Baller, you want it to be noticed. Other customers include Kanye West, Justin Bieber, Floyd Mayweather, Dwyane Wade, Kim Kardashian, Tom Cruise, Black Eyed Peas, Snoop Dogg, Mariah Carey plus more.

Baller is also a known Bearbrick collector, showing off his impressive collection over quarantine."

To get your hands on this exclusive gold surfboard, hop over to NTWRK for more information.