Ben Baller doesn’t just turn everything he touches to gold, he crafts the beautiful and exquisite from gold. The actor,

Ben Baller doesn’t just turn everything he touches to gold, he crafts the beautiful and exquisite from gold. The actor, athlete, musician, producer, and entrepreneur is known for his bold and elegant customized jewelry. Popular among celebrities, Baller’s work is highly sought and always met with critical acclaim. Now, Baller is making a foray in a new direction: grills. Teaming up with the reigning king of grills, Kingsford, Baller’s collab is being released on NTWRK and you’re going to want one. 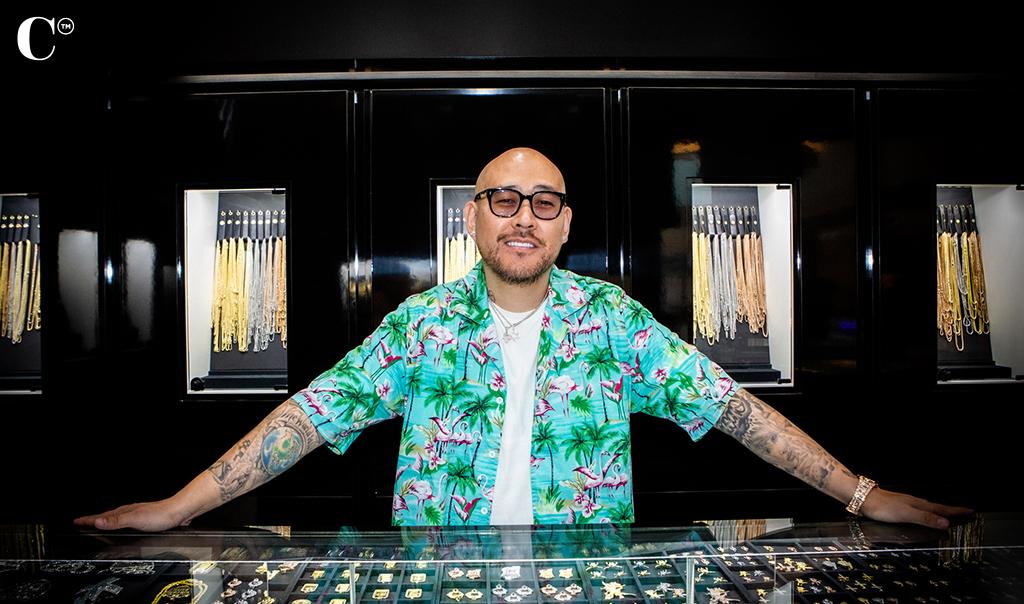 Baller has managed to do it all. With an impressive portfolio in a variety of skills, he brings to his jewelry designs a deeply creative mind and the talent to make them reality. Baller founded his own jewelry design company IF & CO. in 2004, and he quickly became the celebrity jewelry designer to the stars. Over the years, he’s created numerous highly-sought collections and pieces, with some of his most notable being:

Plus many, many more. Baller’s celeb customers are often repeats, coming back for bigger and more ostentatious pieces with each purchase. If you’re going to have a Baller, you want it to be noticed. Other customers include Kanye West, Justin Bieber, Floyd Mayweather, Dwyane Wade, Kim Kardashian, Tom Cruise, Black Eyed Peas, Snoop Dogg, Mariah Carey plus more.

Baller is also a known Bearbrick collector, showing off his impressive collection over quarantine. 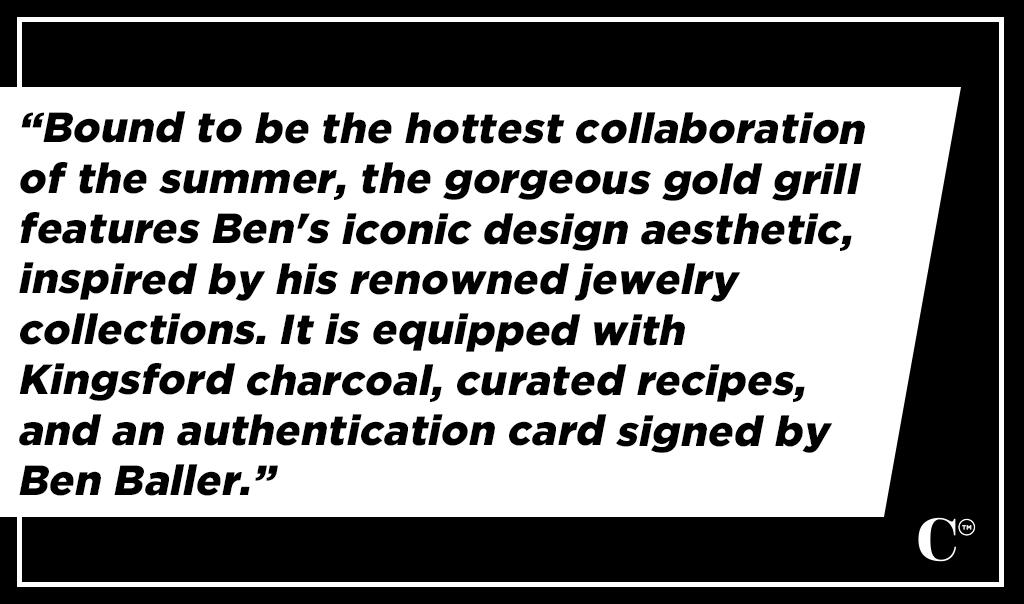 So with this kind of celebrity clout and talent, it’s no wonder Kingsford looked to the king of celebrity jewelry to help design their Everdure grill. A press release for the grill shares, “Bound to be the hottest collaboration of the summer, the gorgeous gold grill features Ben’s iconic design aesthetic, inspired by his renowned jewelry collections. It is equipped with Kingsford charcoal, curated recipes, and an authentication card signed by Ben Baller.”

The sleek, square design recalls the honesty and intensity of a Baller piece while the gold summons thoughts of luxury and elegance.

How to Get Your Own Everdure Grill 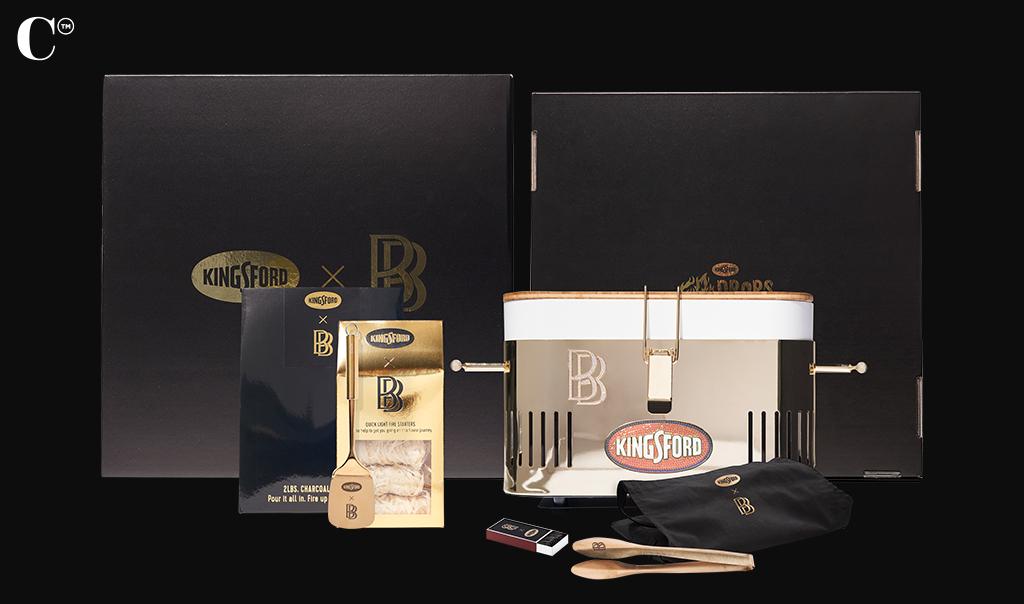 Right now there’s only one way to get an Everdure, and that’s through NTWRK. Starting June 10th, it will be available for $695 (+S&H), through NTWRK.

If you like a Baller piece but aren’t quite ready to make the leap for one of his breathtaking jewelry designs, the Everdure grill may be a more accessible option. You’ll certainly feel like a celebrity when flipping steaks on this elegant and timeless device, and with the Kingsford quality, the food will taste as good as you look making it.

Per HypeBeast, “‘Food, much like art, opens you up to discovering new perspectives, cultures and experiences,’ says Baller. ‘When designing the Fire Drop, we wanted to bring in the artistic elements and style that you’ll find in my work combined with the Kingsford fire to inspire the younger generation to explore and create a new style on their own.’”