Beto O’Rourke vs Greg Abbott: How the Texas Governor Long-Shot Gained Ground after the Uvalde Shooting

In Texas, a curious reversal of fortunes is happening in the high-profile race for Governor. Democrat darling Beto O'Rourke is 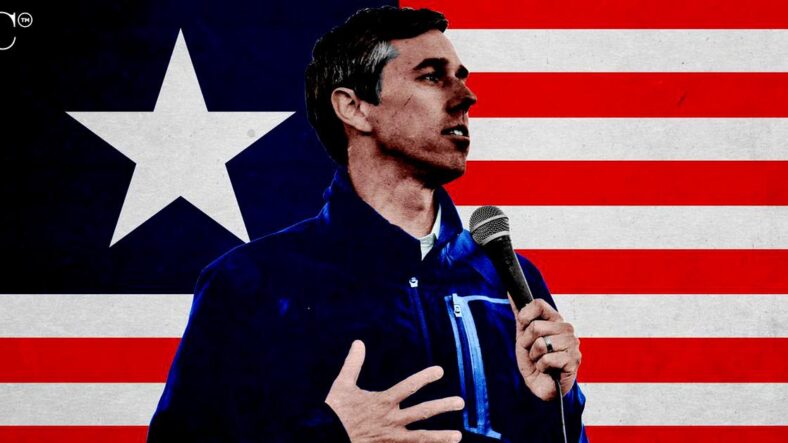 In Texas, a curious reversal of fortunes is happening in the high-profile race for Governor. Democrat darling Beto O'Rourke is closing the gap quickly between himself and incumbent Republican Greg Abbott.

Earlier this year, the divide was significant, and O'Rourke was a relative longshot. But after the horrifying shooting in Uvalde, Texas, that left 21 dead, 19 of whom were children – the race is tighter than ever and suddenly it could be a toss-up.

Here's how that happened, and what it might mean for the country as a whole going into the midterm elections.

In December of 2021, Abbott looked to be smoothly sailing into a second term. A Quinnipiac University poll found at the time that 52% of voters were supporting Abbott, compared to O'Rourke's paltry 37%.

That landscape has changed, with a new poll released this week showing that Abbott only receives 48% of the voters' support, while O'Rourke now is receiving 43%.

While 5% is still significant, races with farther spreads have turned upset in recent years so nothing is certain.

The sudden closing in support may be entirely due to the Uvalde shooting. After all, Abbott is facing somewhat of a PR problem.

The week after 19 children and 2 teachers were slaughtered in one of the worst school shootings in American history, Abbott was due to appear on stage at an NRA annual leadership event and make a speech in defense of easing restrictions on gun purchases.

Even in Texas where gun culture permeates daily life, that juxtaposition didn't sit well with constituents. Eventually, Abbott caved to public pressure and chose to speak on the ground in Uvalde the day he was supposed to take the stage for the NRA. However, he didn't abandon his support altogether; he pre-recorded a speech and sent that in his place.

O'Rourke has a history of being tough on guns. While the Democrat doesn't encourage disarming citizens, he wants to make it harder to buy high-capacity rifles and screen who can purchase them and at what age. This is common-sense reform that has struck a chord with even staunch Second Amendment supporters in Texas.

Abbott, like most NRA leaders, supports making it easier for people to purchase guns – a stance which has been deeply unpopular in the days following Uvalde.

In the wake of the deadly Uvalde massacre, 32 percent of Texans polled say they are very concerned there will be a shooting at their child’s school while 29 percent said they are somewhat concerned.

'It’s a number that dramatically underscores the horror still reverberating in Texas households. A majority of parents fear the unthinkable could barge into the very schools their children attend,' said Malloy."

However, O'Rourke closing that gap relies on voters staying worried and staying angry at Abbott, a bet with historically poor odds. In gun country Texas, the approaching summer break may separate people from their feelings of urgency and fear. After all, making it harder to buy the guns they love sounds a lot less appealing when your child is out for the summer and you're not facing your fear daily.

Of course, school will return before voters take to the ballots this Fall – so anyone could take the lead between now and then.

Texas Shows that the US is a Series of Small Disasters

What's happening in Texas may also have implications for the 2024 presidential race and other 2022 ballots across the country.

When looking at the country as a whole, there's good reason to think Democrats may lose in staggering numbers in the 2022 midterms and possibly in 2024.

But the reversal of fortunes in Texas that is currently underway is underscoring the reality that the United States is less cohesive than ever, and individual populations are lurching from one unique localized disaster to another.

The impact of those individual disasters can't be ignored. In some states, it's the devastating effects of climate change; powerful tornadoes where they've never been seen before; flooding, scorching temperatures, and droughts. In other states, individual freedoms are on the line – conservative leaders are attacking the rights of LGBTQ community members, which goes against what the majority of Americans say they want.

So taken as a whole, the country looks to swing Red this Fall. But when you take into account the fact that each state is currently its own microcosm of disaster, it's anyone's election.

Whether O'Rourke will continue to make inroads in Abbott's lead or not remains to be seen, but the fact that he's closed the gap so significantly signals that Americans are more reactive than ever to current events; so no one should be counting their chickens yet.