It’s safe to say that Bhad Bhabie and Billie Eilishused to be total BFF goals. The two stars used to 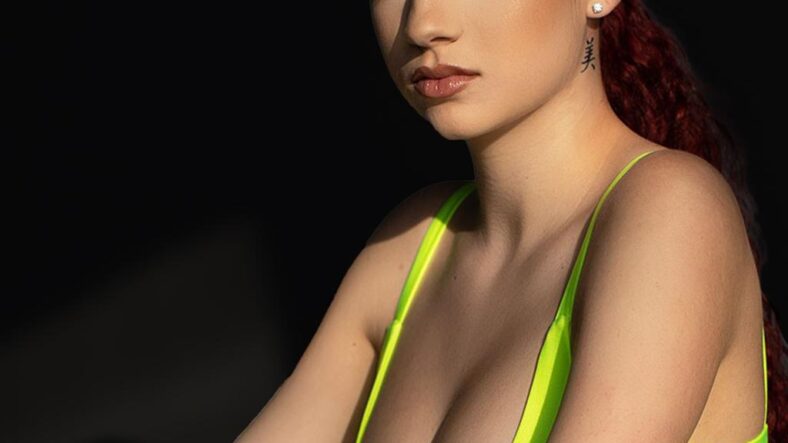 It’s safe to say that Bhad Bhabie and Billie Eilishused to be total BFF goals. The two stars used to hang out all the time and post the most epic pictures together, but many fans were left pretty confused when they suddenly stopped spending time together. So what went down between them?! Not to worry, people, because we went ahead and recapped their entire feud from start to finish for you. Here’s exactly what went down…

During a new interview with Entertainment Tonight, Bhad Bhabie (whose real name is Danielle Bregoli) got real about why they grew apart, and it turns out, it was Eilish that ended the relationship.

“I just feel like either someone got into her ear about me and made her think that I was a bad person,” the rapper explained. “Or she was getting too big to where she didn’t want to associate herself with my brand. And that’s perfectly fine, I understand that, but it sucks when you have a friend and they just disappear. But I’m not mad at her, she’s not mad at me. It is what it is. I always supported her. I was always there but, you know, shit happens.”

When asked if they’d ever collaborate on a song, the internet star added, “That’s not on me. I don’t think her team would ever come close to me. A lot of people don’t wanna associate themselves with my brand — they think I’m this, like, evil, devil child. I get it. If there was a kid in school that I thought was crazy, I wouldn’t want my kid hanging out with them either.”

Back in March, when a fan asked the “Gucci Flip Flops” songstress about what went down between her and Eilish during an Instagram Live, she threw some major shade towards her former BFF.

“I think I’m friends with her. I don’t know if Billie is my friend. Every time I DM her and give my number she just doesn’t text me, so I don’t know. I guess that’s what happens when b***hes get famous. It be like that,” she fired back. Yikes!

It turns out, this isn’t the only star that Bhad Bhabie has fought with. Yep, in February, she got into a very public feud with former Disney star Skai Jackson. At the time, she accused the actress of “talking s**t” about her on her private Instagram account and flirting with her ex-boyfriend, NBA YoungBoy, during an Instagram Live.

“Why are you so obsessed with me, b***h? I will literally kill you,” Bhad Bhabie said to Jackson. “I don’t know why you’re not understanding that. You’re so small, if I get my hands on you… it’s over, you’re going to the hospital. Get all the money you can, get all the shows and commercials you can because when I get ahold of you, you ain’t gonna be doing none of that s**t no more.”

After Bhad Bhabie made the threats, the Superior Court of California in Los Angeles granted the Jessie alum with a restraining order against the influencer. According to People Magazine, the restraining order required Bhad Bhabie stay at least 100 yards away from the 17-year-old. Additionally, she was not allowed to have any contact with Jackson, even on social media.

Bhad Bhabie Entered Into A Treatment Facility After That

In June 2020, Bhad Bhabie revealed via a statement on Instagram that she was taking some time off to work on herself.

“Danielle has been working hard for the past few years and made a positive decision to take some much-needed time off to attend to some personal issues,” the star’s social media statement read. “For past few weeks, she has been in a treatment center receiving and continuing to receive professional support. She loves her fans, and has promised to return better, and healthier than ever. Please respect her and her family’s privacy at this time.”

After that, Jackson reportedly dropped her restraining order against Bhad Bhabie.

“Because Danielle stopped threatening me after the Court ordered her to do so, and now that she’s made the decision to work on herself through rehab and therapy, I’m pleased that I don’t need to extend my restraining order,” she told TMZ. “If she goes back to her old ways, of course, we’ll have to change that, but I hope and believe that it won’t be necessary. I think it’s great that Danielle is getting the help she feels she needs. I wish her nothing but the best on her road to recovery.”

She Also Had A Fight With Lil’ Kim

After posting some videos with dark makeup on, Bhad Bhabie was accused of cultural appropriation. But she quickly responded to the backlash during an Instagram Live, and she denied that she was trying to look like a different race. She also brought up rapper Lil’ Kim.

“If I wanted to be black, I would be saying the n-word. I would be doing s**t that black people do. Act black? I don’t know what the f**k you’re talking about. Who wants to be black? I don’t understand that, I really just can’t comprehend it,” the internet star said. “No disrespect towards Lil’ Kim, I’m actually a fan of her, but the girl wears foundation that’s too light for her face. The girl went and got a nose job to have a smaller nose like white people. Y’all don’t see that? She turned herself into — and like I said, I don’t have a problem with it. She can do what makes her happy, that’s all her. But what I’m saying is, she got surgery to make herself look like a white person and she’s wearing makeup that’s light and y’all don’t say a God d**n word about her, but I put on foundation that makes me look tan, and I get hate.”

After Lil’ Kim caught wind of her comments, she seemingly responded on her Instagram Stories, and she was definitely unamused.

“That Lil’ Kim hate different! How tf I become a target in the middle of a pandemic,” she wrote. “Now that’s power. There’s more important things going on in the world right now but you better believe when this is all over ima put a date and address on it and seal it with a kiss. Stay safe and stay home and don’t forget to disinfect! There’s a lot of rodents running around with COVID-19.”

Lil Kim seemingly responds to Bhad Bhabie saying she got surgery to make herself look white:

“How tf I become a target in the middle of a pandemic?” pic.twitter.com/uumwW7WXf5