Biden Considers Visit to Saudi Arabia to Tackle Soaring Gas Prices, But Can He Make the Same Progress Trump Did?

President Joe Biden is reportedly considering heading to Saudi Arabia to talk turkey amidst soaring gas prices across the nation. 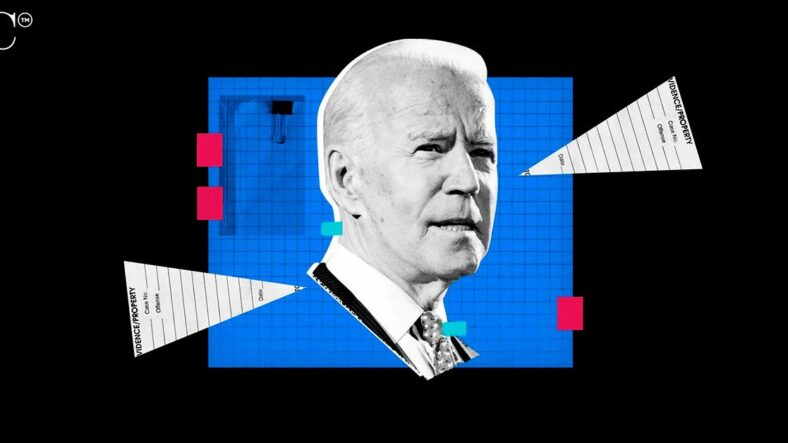 President Joe Biden is reportedly considering heading to Saudi Arabia to talk turkey amidst soaring gas prices across the nation.

Unfortunately for Biden, the trip would require eating a good deal of crow and it leaves the question: can he even make the same kind of progress as his predecessor? Former President Donald Trump was successful at dealing with the Saudi Arabian government, but Biden may find it a far harder row to hoe.

A Humbling Move for a President Who Talks a Big Game

Across the United States, the crunch at the pump is starting to wear on people. Although the prices aren't at their record highest, the consistently high cost of gas is starting to take a toll.

Rideshare programs are compensating drivers per mile now to make up for the extraordinary cost of gas, but even so – many people who relied on jobs like Uber or Lyft to make ends meet are finding that it no longer goes as far as it once did. People who work in the office are transitioning again to remote work out of desperation, and the age of the carpool is returning.

But no matter how many consumer-side solutions people come up with to lessen their time at the pump each week, it's a systemic problem that has to be addressed from the top down.

That's why President Biden is reportedly weighing a trip to Saudi Arabia, which would include not just meeting with the crown prince he once blasted as a killer but also the leaders of the Gulf Cooperation Council countries (Bahrain, Kuwait, Oman, Qatar, Saudi Arabia and UAE) as well as Egypt, Iraq and Jordan.

MarketWatch reports, "It comes at a moment when overriding U.S. strategic interests in oil and security have pushed the administration to rethink the arms-length stance that Biden pledged to take with the Saudis as a candidate for the White House.

Any meeting between Biden and de facto Saudi ruler Prince Mohammed bin Salman during a Biden visit to the Middle East could offer hope of some relief for U.S. gasoline consumers, who are wincing as a squeaky-tight global oil supply drives up prices. Biden would be expected to meet with Prince Mohammed, who is often referred to by his initials, MBS — if the Saudi visit happens, according to the person familiar with the deliberations."

It would mark a breath of relief for those observing the tension between Saudi Arabia and the US, two countries which have historically had a good working relationship if no love lost between them.

But since Biden came to office, the tensions have increased to perhaps the worst in history as Biden has repeatedly slammed MBS as responsible for the murder and dismemberment of journalist Jamal Khashoggi.

Therefore, this trip would mark a significant about-face for Biden and would require him to swallow his tongue on several issues he's considered a cornerstone of his platform on putting American lives ahead of dollar interests.

It also begs the question as to whether he can even be an effective negotiator with the crown prince after years of bad-mouthing; coming on the heels of former President Trump, the administration's stance towards Saudi Arabia has painted an even starker contrast.

Trump Had an Amicable Relationship with Saudi Arabia

That's because under Trump, the relationship between the US and Saudi Arabia was good.

NBC News wrote in 2020, "When President Donald Trump visited Saudi Arabia on his first official foreign visit in 2017, he was showered with pageantry and flanked by a herd of horsemen carrying Saudi and American flags.

The relationship between the two countries has remained cozy throughout his administration."

Trump stood by MBS after Khashoggi's killing, a rare stance across the world, which Biden set himself in direct opposition to.

NBC added at the time, "Since he assumed his position, Crown Prince Mohammed has instituted a series of social reforms, including allowing women to drive and curbing the powers of religious police. But he has also presided over sweeping crackdowns on dissent, arresting intellectuals, clerics, women's rights activists and even members of the royal family.

He has also exercised a more muscular and controversial foreign policy, including a blockade of Qatar and the costly war in Yemen.

The Saudis had 'a green light from the Trump administration,' said Robert Jordan, who was the U.S. ambassador to Saudi Arabia from 2001 to 2003 in the administration of President George W. Bush.

'I think that green light will now at least turn to amber and the Americans will be less supportive of reckless adventurism on the part of the crown prince,' Jordan said."

Jordan's prediction turned out to be true, if a little too conservative; things have certainly turned to amber if not red.

Now though, if Biden wants to bring relief to desperate Americans across the country, he's going to have to plaster on a smile and extend a hand in peace. The White House has not confirmed the trip, but it seems likely as the gas price hike stretches into months with no end in sight.