There are very few things that President Joe Biden and former President Donald Trump agree on. They don't agree on 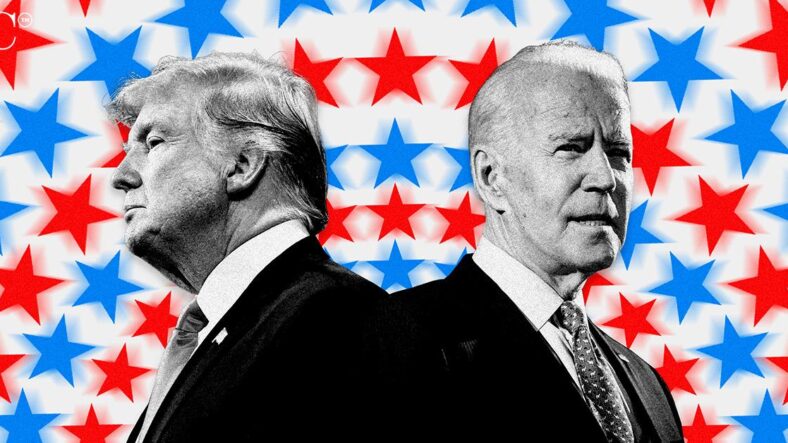 Therefore it's a little bizarre to watch the scene unfolding between Department of Justice lawyers under the Biden administration defending and protecting the privacy of staffers who worked in the Trump White House, but that's exactly what's happening.

A Lawsuit and a Lockstep

Back in October of 2021, Business Insider filed a lawsuit against the administration under the Freedom of Information Act (FOIA).

The information they were seeking? The identity of 6 former Trump staffers currently under the microscope as the January 6 House probe continues full steam.

If Insider thought it would be easier to get the information under Trump's rival's presidency, they were mistaken.

Department of Justice lawyers under Biden have moved in lockstep to block the release of information, citing "no discernible public interest" why the identities should be released and the potential for great harm if they are.

Business Insider reports, "While not naming names, Department of Justice lawyers said the unidentified individuals' work for Trump or Pence 'appears to be low-level.' They further assert that 'the individuals at issue are not public figures' and 'their identities are not well-known to the public.'

Revealing their names 'would likely subject them to unwanted intrusions and media scrutiny,' the Department of Justice lawyers wrote."

Some Information from the Trump Administration, Biden Gladly Greenlit for Release

While the Biden DoJ is moving to protect the little people in Trump's orbit from public scrutiny, that sense of comradery has not extended to the former President himself.

So far, President Biden has approved 8 batches of information to be released from the National Archives to the Jan 6 investigative committee.

Included in those info dumps are 23,000 emails and attachments. The committee, which has already received hundreds of pages of material from the Trump time in the White House, is expected to ask for more.

Forbes writes, "Trump and his allies have repeatedly tried to avoid cooperating with the January 6 committee—which Trump has accused of being politically motivated—by invoking executive privilege, which says presidents can withhold some information from the public to protect the public interest. However, although former presidents can sometimes invoke executive privilege, D.C. federal Judge Tanya Chutkan ruled that Biden’s privilege as the sitting president outweighs Trump’s privilege as the former president in this case. In December, Trump asked the Supreme Court to block the National Archives from disclosing about 800 pages of documents to the committee, but the court rejected Trump’s request."

The Jan 6 committee recently received cooperation from several in Trump's inner circle. It was a jarring juxtaposition to last week's stand of loyalty from Peter Navarro, who refuses to cooperate without his former boss's say-so.

One breath of relief for the former President followed by another headache – thus the Jan 6 investigation has played out, and will continue to.

The panel's investigation has broadened in scope over the year and months since Jan 6, 2021, but in recent weeks has begun laser-focuzing on those closest to Trump in advisory capacities.

It recently came to light that the former President could have done more to stop the violence on January 6 – the current focus of the panel's questions. Republicans close to Trump texted him urgently on January 6 and believed him fully capable of calling off his supporters – an option we now know Trump opted out of.

But if Trump and his closest friends won't crack, the panel has many other inner-circle fair-weather friends they can turn to, a prospect that has the former President calling in favors and reminding people of their friendship.