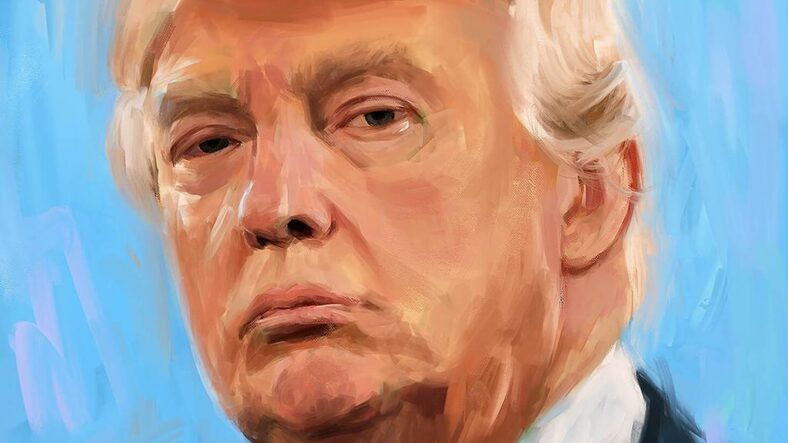 The difference between 2020 presidential candidates Joe Biden and Donald Trump is stark and highlighted in the way the two men are choosing to spend the beginning of the holiday week. President-Elect Biden is working hard on preparing his team for transition in January. Outgoing President Trump has been focused on retweeting some frankly bizarre videos by actor Randy Quaid. With COVID-19 cases surging, the outgoing president’s distraction is alarming to many.

Once a household name, Quaid has fallen into relative obscurity over the past decade. The 70-year-old actor from Texas was in a number of large films and everyone knew his name in the 90’s. Now, however, he’s more well known for his bizarre videos retweeted by outgoing President Trump.

In October of 2019, Quaid shared a video of himself addressing the camera, saying, “Is this the way America goes? From George Washington to George Soros? From oceans white with foam to a socialist swap. Is this the way America goes? Is this really our future? Wake up you sleeping giant, the Lilliputians have tied you down with their fantastic dreams of icebergs melting into dinosaurs and train tracks stretching across the Pacific waters. Trump trumpets reveille. It’s time to heed the call! The framers have been framed. The people disarmed. Conservative voices are silenced in the schools by anarchists left unmasked. ‘Merry Christmas’ is greeted cheerlessly, even condemned. Is this how America goes? To a nation of Godless fanatics? In the shadows of Big Tech and empty condos, homeless citizens fill the streets, wallowing in their own filth. While Big Pharma sedates us with opiates. The food industry poisons our insides, and business organizations kowtow to communist marching orders. Is this the way America goes? In a stupor of ignorance and obedience? To corruption and greed?”

Quaid wasn’t quite done yet and called on his fellows to act, “Ring out, you bells of freedom! Sound the alarm across the land! O’ glorious beings, ripped to shreds by fakers and phonies, bullies and liars. Who want to destroy our President and redefine the sovereignty of the Supreme Court. Rewrite the rules. Our day of reckoning is nigh. Wake up!”

The fact that the outgoing President shared such an inflammatory and delusional video is concerning. But Trump wasn’t done, and neither was Quaid.

Are you listening Republicans? https://t.co/N5heB6gvwb

Outgoing President Trump didn’t stop at retweeting Quaid’s bizarre call to arms. Trump also retweeted one by Quaid that read, “I just don’t see Americans rolling over for this election fraud. Do you?” To Which Trump relied, “No!”

Trump also retweeted this tweet by Quaid, challenging Republicans to listen; “We’ve lost confidence in the system that elects our leaders. 79 million Americans believe election was rigged, the results fraudulent. We need an in-person-only-paper ballot re-vote, especially in the States where flagrant irregularities have occurred. No accuracy, no democracy!”

But the most off-the-rails tweet by Quaid was undoubtedly the one the President retweeted last. In this newest video, Quaid’s face is close to the camera and colored lights are changing rapidly across the screen. In an ominous voice, Quaid says, “Fox News daytime ratings have completely collapsed! Weekend daytime, even worse. Very sad to watch this happen.”

Thank you Randy, working hard to clean up the stench of the 2020 Election Hoax! https://t.co/I1hgtxe486

Quaid then gibbers unintelligibly for a few seconds, before continuing in a bizarre voice, “They forgot what made them successful. What got them there. They forgot the Golden Goose. The only difference between the 2016 election and 2020? Fox News.”

All of Quaid’s tweets are so absurd as to be laughable. With the level of absurdity and pageantry Quaid employs, one has to wonder: is he trolling the outgoing President? 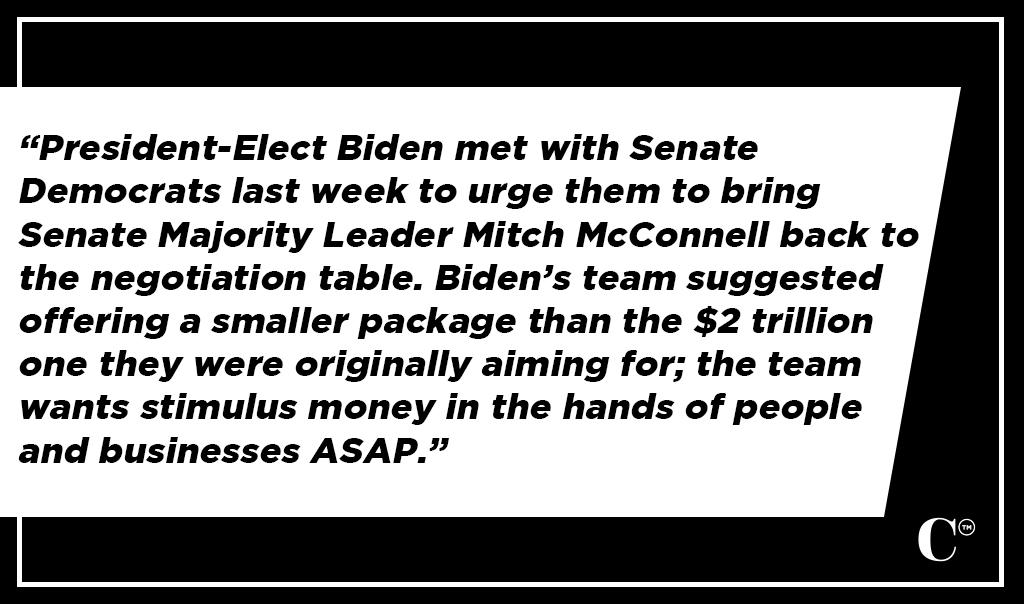 While Trump engages with bizarro land on Twitter, President-Elect Biden and his team are focusing on preparing for the January 20th inauguration. As COVID-19 infections top 12 million in the United states, 2 million cases of which have been diagnosed in the past two weeks alone, health experts and healthcare workers plead for help. Economists too are warning ominously of a double dip recession if Congress doesn’t act to support people and businesses soon.

President-Elect Biden met with Senate Democrats last week to urge them to bring Senate Majority Leader Mitch McConnell back to the negotiation table. Biden’s team suggested offering a smaller package than the $2 trillion one they were originally aiming for; the team wants stimulus money in the hands of people and businesses ASAP. Economists warn that, without the stimulus aid and small business help, a double dip recession is ahead for the economy, and economic recovery is uncertain. Businesses in the travel industry and hospitality industry are afraid as they watch their busiest season snatched away in favor of public health precautions. Pfizer and Moderna are both fast-tracking vaccines that are nearly 95% effective and should begin distribution next month. The incoming Biden administration has formed a public health team and economic team to deal with the COVID-19 crisis the first day they are able.