The Billboard Music Awards returned for 2022, and this year's winner lineup was full of extraordinary songs and artists as 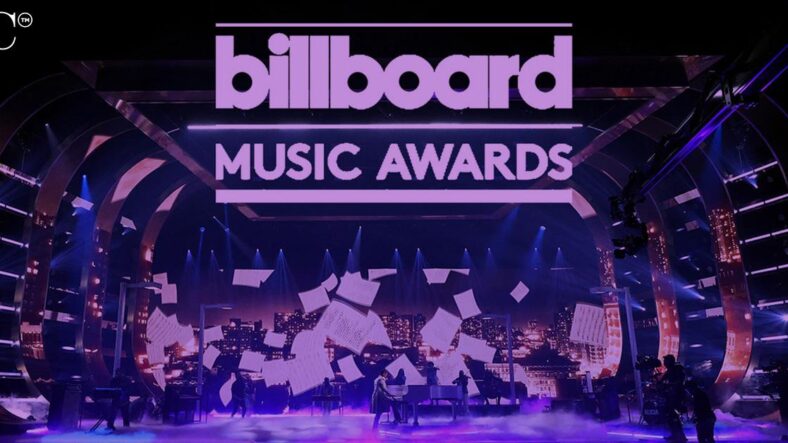 The Billboard Music Awards returned for 2022, and this year's winner lineup was full of extraordinary songs and artists as usual.

But if there's one thing you can say about this year's awards season, it's that the voting committees seem averse to surprise. Here's a look at the big winners of the evening, some of the show's highlights, and what stars wore to dazzle.

The Winners of the Night – Lots of Familiar Faces

This weekend's Billboard Music Awards went off without a hitch on Sunday, May 15. The MGM Grand Garden Arena in Las Vegas transformed into one of the music world's greatest night venues, and stars flocked from all over in their red carpet finest to attend.

While the winners brought an impressive portfolio of songs, none were particularly surprising. Stars like Doja Cat, Taylor Swift and The Weeknd came back for more deserved honors – and other big winners added to their pile of growing 2022 awards.

Here are some of our favorite winners for 2022:

Is there a bit of an echo in here? The rest of the big winners are echoes of other award ceremonies this year as well.

If the winners looked a little bit like a copy/paste from other awards ceremonies this year and even other categories within the Billboard awards, the night itself stood apart.

Artist P.Diddy took the stage again and teamed up with Bryson Tiller to cover "Gotta Move On" by Toni Braxton, and the performance featured H.E.R.

Mary J. Blige was presented the Icon Award by former winner Janet Jackson. Blige, who received several standing ovations, told the crowd, "The message of my music has always been we are not alone in our struggles."

But the night wasn't all fun and games. The Revolt Award for Black Excellence honored one particular person whose contributions to society have furthered the cause of equality. Billboard writes, "'It’s important we celebrate women who stand up,' Diddy told the crowd before presenting the powerful Revolt Award for Black Excellence to activist Tamika Mallory, who was moved to tears by the honor. Among her many achievements, Mallory was one of the leading organizers of the 2017 Women’s March, for which she and her three other co-chairs were recognized in the TIME 100 that year. She is a strong advocate for gun control, feminism and the Black Lives Matter movement.

'You are one of the most fearless people that I know,' Diddy told Mallory. 'You fight for us on the frontlines and we just pay so much respect for you, queen. We love you.'”

When Mallory received the award, she took some time to acknowledge the racially-driven mass shooting in Buffalo, NY earlier that same day. Mallory explained that while they have arrested the shooter, they have not ended the hate.

Another somber moment came when the Changemaker Award was presented. Per Billboard, "Mari Copeny, affectionately known as Little Miss Flint, is a now teenager who took on the Flint water crisis in 2015 at just nine years old. She has since continued to give back to her community, and was presented with the Changemaker Award by Teyana Taylor. She bursted into nervous and excited laughter upon taking the stage, showing just how important the honor was to her. 'It’s an honor to be recognized as the first female and youngest person to receive this award,” she told the crowd, moving Blige and Doja Cat, among others, to tears. “I don’t do the work I do for accolades and clout. I do it for the kids back home in Flint that are still being poisoned by the water.'

'I know when its like when leadership at all levels fail you over and over again,' she said, adding that while there’s still very much a water crisis in the United States, 'some people in charge would rather spend their time dictating what women can and cannot do with their bodies. It’s dangerous and also very weird.'”

And then came a stunning moment. MGK took the stage and dedicated his performance to his "wife" and "unborn child." Say what? Whether or not he and Megan Fox have actually tied the knot – and are expecting – remains to be seen, but it sure seems that way.

Of course, you can't talk about an event full of stars without talking about their fashion.

Doja Cat looked fierce in a structured black gown with a sheer gold train and chest piece. Machine Gun Kelly rocked some Dolce & Gabana in a black spike-studded suit with a waistcoat and studded undershirt.

Megan Thee Stallion wore an unusual barely-there wrap dress with a keyhole cutout over the hip and a playful two-piece train. And another Megan – Fox, this time – complimented MGK perfectly in a Morticia Addams-worthy floor length bodycon gown with a deep v-neck cutout and sparkly gloves with silver shoulder accents.

P.Diddy looked typically suave in an all-white suit, and Ty Dolla Sign wore a Natalia Fender top made of draped silvery chains. Kylie Jenner wore another unusual gown with a graphic print across the front suggestive of a silver bodysuit hugging every curve. Designed by Balmain, this dress was a red carpet head-turner.

The Billboard Awards are some of the most inclusive and diverse awards across the season, and it was reflected in the various red carpet looks.

While the winners may have blown exactly zero minds, it was good to see another diverse lineup of winners.