What year is it? This is what some may wonder as remarks made by President Donald J Trump in a

What year is it? This is what some may wonder as remarks made by President Donald J Trump in a recent interview recall the years leading up to the 2016 presidential election. This time, Trump leveled his so-called, “birther,” claims at former Vice President Joe Biden’s pick for his 2020 running mate, United States Senator Kamala Harris.

Although Trump claimed in a 2016 press conference that former First Lady and Secretary of State Hillary Clinton is the origin of the birther movement, Trump is inarguably the flag-bearer. In the years leading up to the 2016 presidential election, the President continually leveled claims at former President Barack H Obama, saying that he had not been born in the United States and therefore could not be President.

Where was Obama born?

Obama was born in Honolulu, Hawaii, on August 4, 1961. His mother, Ann Dunham, was born in Kansas. His father Barack Obama Sr., however, was born in Kenya. The birthplace of Obama’s father gave the birther movement teeth, in what many claim was a racist campaign against Obama to unfairly de-legitimize him on any grounds possible.

In order to be eligible to run for President, a candidate must have been born within the borders of the US or if born outside the country, then at least one of the parents must have been a citizen. With a birthplace of Hawaii, an American state, Obama clearly qualified under this requirement.

Trump demands proof in the form of a birth certificate

Trump, however, was unrelenting. From Obama’s first campaigns leading up to 2008 to his re-election campaign in 2012, Trump waved the birther flag proudly. In 2011, he renewed cries about Obama’s birth origins, claiming that if he was indeed a natural-born citizen, it would be easy to produce a birth certificate to prove it. Trump, by the way, has been notoriously unwilling to provide document proof on any claims made against himself in any matter. At the time, many photo-shopped documents floated around showing Obama’s birthplace as Kenya, and these doctored images fueled the cries that would have disqualified Obama from a second term. Trump even at one point claimed to have heard that Obama’s grandmother witnessed his birth in Kenya, a source which he could not back up or find proof for.

Obama tires of the birther movement 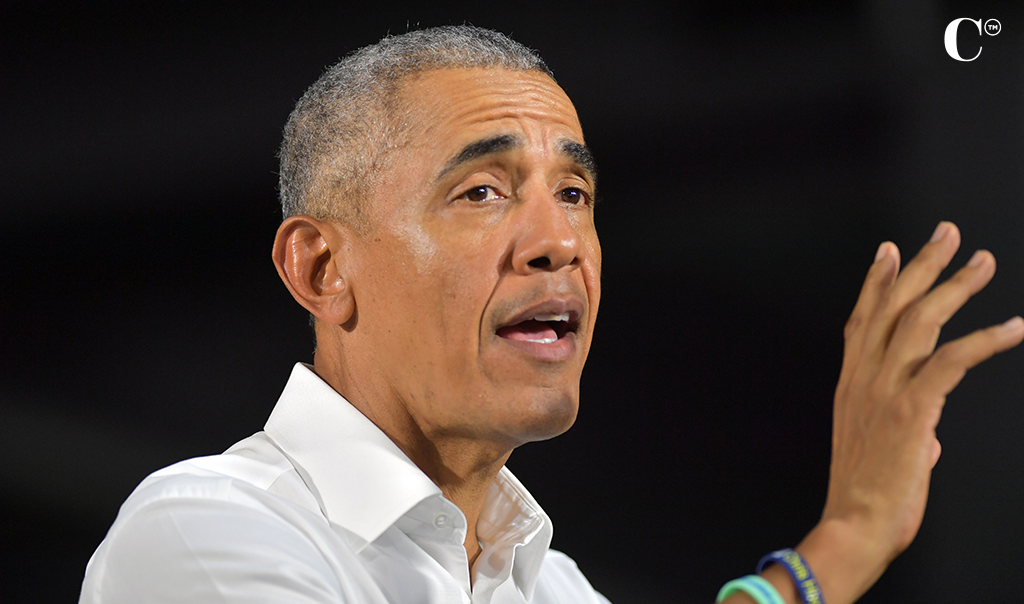 Obama, however, tired of the tirade. On April 27, 2011, Obama released his long-form birth certificate. It proved beyond a shadow of a doubt that the former President was, in fact, born in the United States and therefore qualified in that aspect to be a candidate for President. Trump claimed to relent, but continued to stoke the fires of the birther movement over the years, calling the document a, “fraud.”

It wasn’t until 2016, when Trump tired of the attention paid to Obama over the whole ordeal, that Trump himself declared the issue settled and conceded that Obama was, in fact, born in the United States.

Why did Trump make the claims in the first place, with no real proof?

While Trump may have considered the issue closed, questions for his critics remained. Why the focus on Obama’s birth place? Clearly the political parties who chose their nominees are going to thoroughly vet their potential candidates. Aside from wanting to be spared the embarrassment of choosing a candidate who doesn’t qualify, it is helpful to know a potential candidate’s entire history in order to prepare for the opposition’s attacks. So why was Trump so adamant that someone had missed something and Obama was, in fact, not eligible?

Critics point to a sinister origin. Some claim that Trump’s accusations may be rooted in racism. This is mostly due to the fact that Trump hasn’t leveled such claim against any white candidates. But major party candidates who are people of color draw his accusations of being, “the other;” a tactic Trump has used several times to solidify his base when poll numbers are flagging. If the President can convince his voters that there is a, “them,” to be, “us,” against, he can use this unifying sensation to drive enthusiasm for his candidacy. With the birther movement petering out before the 2016 election, Trump turned to Mexico and took up cries of, “build the wall!” to convince his base of the new, “other,” to fear. 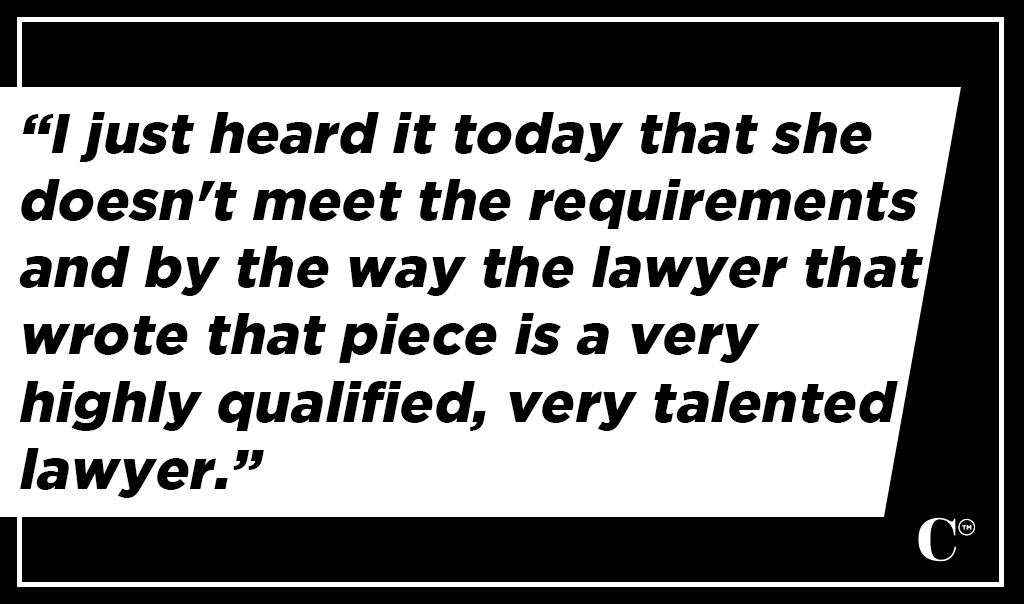 Now Trump has found himself another birther movement to stoke, which will certainly appeal to a base that has been willing to overlook his racist and problematic statements over the past several years.

This time, the President puts vice president nominee Senator Harris squarely in his sight. In a Newsweek article that suggested Harris might not qualify, Trump found his new target. While it is true that neither of Harris’s parents were citizens at the time of her birth, US law states in the Fourteenth Amendment to the US Constitution that, “All persons born or naturalized in the United States, and subject to the jurisdiction thereof, are citizens of the United States and of the State wherein they reside.” Cornell Law School clarifies this by adding, “anyone born on U.S. soil and subject to its jurisdiction is a natural born citizen, regardless of parental citizenship. This type of citizenship is referred to as birthright citizenship.”

So where was Kamala Harris born?

Harris was born October 20, 1964 in Oakland, California. While the Senator’s parents were born in Jamaica and India respectively, Harris was born in the US and, according to both the Constitution and law precedent, is a US citizen. Since the vice president has the same eligibility requirements as the president given the fact that they would take over in the event that the president is removed from office or dies, Harris undoubtedly qualifies under the citizenship requirements. 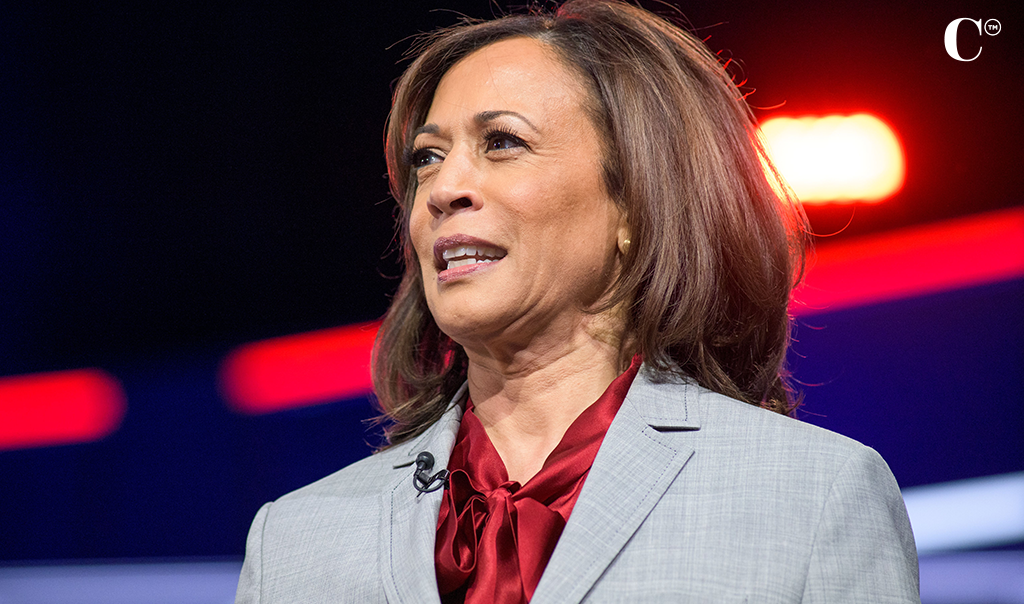 Trump promises to, “look into,” Harris’s origins. Once again, the President has pinpointed a person of color as a target upon whom he can confer, “other,” status and drive his base to unify against. In a press conference on Thursday, Trump said, “I just heard it today that she doesn’t meet the requirements and by the way the lawyer that wrote that piece is a very highly qualified, very talented lawyer.”

He went on to add, “I have no idea if that’s right. I would have assumed the Democrats would have checked that out before she gets chosen to run for vice-president. But that’s a very serious, you’re saying that, they’re saying that she doesn’t qualify because she wasn’t born in this country.”

Tired Americans look to move on

American citizens seem generally tired of re-hashing old conspiracy theories, and this birther version 2.0 is no exception. Given the racial tensions in the summer of 2020, this sort of racist targeting may not find as solid of a purchase as Trump’s claims did in the pre-2016 era. It remains to be seen how this scenario will play out, but since Harris is most definitely a US citizen and therefore qualifies under that eligibility requirement, exhausted Americans can only hope this situation is settled and put quickly in the past.