Rob Kardashian recently dropped an assault lawsuit against ex Blac Chyna, but the legal battle between the two families is 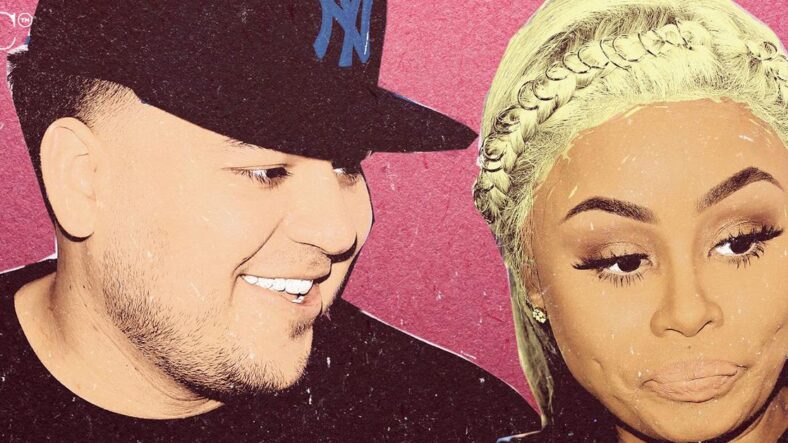 Rob Kardashian recently dropped an assault lawsuit against ex Blac Chyna, but the legal battle between the two families is not over. Blac Chyna filed a defamation and intentional interference lawsuit against the Kardashian-Jenner family, claiming that they waged a concerted effort to get the reality series she shared with Rob, Rob and Chyna, canceled. It was an effort that ultimately hurt her, and hurt her children, according to a new lawsuit statement.

The Kardashians ‘Hurt Me,’ and ‘Hurt My …KIDS’

Blac Chyna, whose real name is Angela Renée White, is focused on the lawsuit now and tuning out the noise of the world. Some of that noise includes criticism about "pocket watching" after news broke that the former model and socialite was suing her ex and his family for what she says amounted to harming herself and her children. Here's a quick rundown of the lawsuit and what the new statement means for the Kardashian family.

Rob sued Chyna in 2017 for assault and battery, alleging that she had tried to choke him with an iPhone charger cable in December 2016.

The case dragged on for years and included an accusation that Chyna attacked Rob with 'a six-foot metal pole' while under the influence of champagne and cocaine, according to court documents obtained by The Blast."

Rob dropped that lawsuit earlier this year after White unsuccessfully tried twice to have it dismissed. Now, she's focusing on the lawsuit against the Kardashian-Jenner family. In a recent Twitter post, White wrote, "I plan to re-focus my attention on my trial against Kris Jenner and her daughters Kim, Khloe and Kylie which starts in 13 days. When they got my #1 hit show killed back in January 2017, that not only hurt me financially and emotionally, that hurt my beautiful KIDS."

White's post continues, "I'm taking them to court to stand up for my legal rights and to be an example for my kids that 'what's right is right, what's wrong is wrong.' And what they did was so wrong."

The former model adds, "I am so thankful that a jury will finally listen to what really happened behind closed doors – the lies that were told and the damage that was done.

At the end of the trial, I'm going to be able to proudly tell King and Dream that I did everything I could to right the wrong that was done to me. And that, in life, it is my hope that they will be able to stand up for themselves when it matters too."

This indicates that White plans on going after the Kardashian-Jenners named on behalf of her children as well as herself, elevating the feud even further.

However, fans are a little skeptical about the whole feud to begin with. Although Rob did drop the lawsuit against White for assault, he claims it was to maintain a peaceful co-parenting relationship. People reported in February, "After filing the dismissal request on Tuesday, Kardashian said in a statement shared with PEOPLE that he no longer sought to proceed with the litigation for the sake of the former couple's 5-year-old daughter Dream.

'My love for Dream far outweighs my desire to proceed with my claims against her mother in a public trial,' Kardashian said. 'Now that the court has ruled that there is sufficient evidence to warrant a jury trial on my claim for assault, for our daughter's sake, I am dismissing the action and focusing on my co-parenting relationship with Chyna.'"

'Rob u did all this but u beat me up and try act it never happen!!!!! U put hand on me I swear on god !!!!! On my kids but I’m supposed to be quiet because you’re a Kardashian,' she claimed on Snapchat. 'The light will come to the light.'

As Chyna responded on Snapchat, Rob continued to slam the mother of his child, Dream Kardashian, on Instagram. He accused her of buying drugs, sending more nudes and threatened to keep their daughter away from her. He also shared more naked pictures that allegedly are of Chyna."

At that time, most people were on White's side, and the lawsuit makes sense. The new lawsuit makes a lot less sense and is based on some flimsy evidence that the Kardashian-Jenners conspired to get Rob and Chyna canceled and that it financially and emotionally devastated White and her two children: Dream, Rob's daughter, and King, son of rapper Tyga.

Now, people are starting to suspect that there's a tinge of desperation behind the newest lawsuit. Recently, White tweeted, "Yesterday I had to give up 3 of my cars …my reasons… morals, beliefs, being a single mother, no support I’m a MAMA." But Rob and Tyga both had something to say. Daily Mail shares, "Her tweet quickly appeared on The Shade Room, where Rob and Tyga leaped into the comments to give their side of the story.

'I pay 37K a year for my daughter's school,' Rob retorted. 'I handle every single medical expense. I pay for all her extracurricular activities. I have my daughter from Tuesday-Saturday. Why would i pay child support lol'.