Inarguably one of the biggest movements garnering attention in 2020 is the Black Lives Matter movement. While it’s disheartening that

Inarguably one of the biggest movements garnering attention in 2020 is the Black Lives Matter movement. While it’s disheartening that we are in the year 2020 and there is still so much racial tension in the “land of the free” and the “home of the brave,” facts are facts. There have been some horrific incidents involving African-Americans and the police which have led to growing protests, racial tension, and (sadly) some riots and looting.

When going to BlackLivesMatter.com, aside from learning about the movement, you can also donate to the movement. When clicking on the donate button, it is interesting to note that you are redirected to an ActBlue page for donating money. This has caused some controversy with critics of the Black Lives Matter movement. Why is that? And where is the money actually going?

According to Wikipedia, ActBlue- which has a political affiliation with the Democratic Party- is said to be “a nonprofit technology organization established in June 2004 that enables left-leaning nonprofits, Democrats, and progressive groups to raise money on the Internet by providing them with online fundraising software. Its stated mission is to ‘empower small-dollar donors’.”

While Wikipedia notes that ActBlue does “not endorse individual candidates,” it goes on to explain that the organization is open to “Democratic campaigns, candidates, committees, and progressive 501(c)4 organizations.” Wikipedia also notes that any organizations/groups that use ActBlue must pay a 3.95% credit card processing fee.

While there’s nothing inherently wrong with a fundraising organization existing that is affiliated with a political party, the fact that Black Lives Matter is tied into politics has drawn up some criticism and some questioning. Why is this? 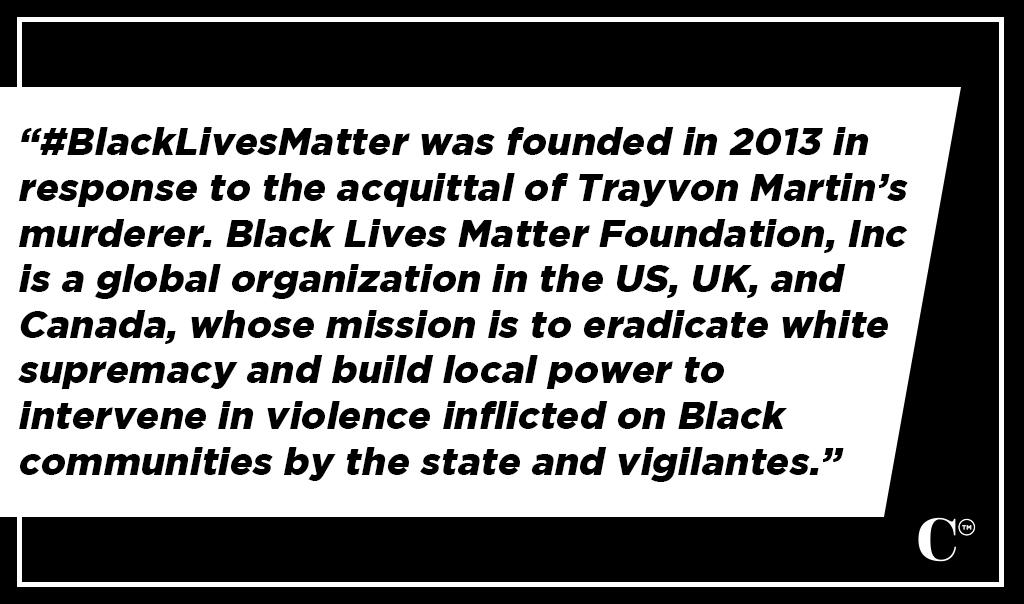 Let’s first start by investigating what Black Lives Matter claims they’re about. On their website, here is their description from their About page:

“#BlackLivesMatter was founded in 2013 in response to the acquittal of Trayvon Martin’s murderer. Black Lives Matter Foundation, Inc is a global organization in the US, UK, and Canada, whose mission is to eradicate white supremacy and build local power to intervene in violence inflicted on Black communities by the state and vigilantes. By combating and countering acts of violence, creating space for Black imagination and innovation, and centering Black joy, we are winning immediate improvements in our lives.

We are expansive. We are a collective of liberators who believe in an inclusive and spacious movement. We also believe that in order to win and bring as many people with us along the way, we must move beyond the narrow nationalism that is all too prevalent in Black communities. We must ensure we are building a movement that brings all of us to the front.

We affirm the lives of Black queer and trans folks, disabled folks, undocumented folks, folks with records, women, and all Black lives along the gender spectrum. Our network centers those who have been marginalized within Black liberation movements.

We are working for a world where Black lives are no longer systematically targeted for demise.

We affirm our humanity, our contributions to this society, and our resilience in the face of deadly oppression.

The call for Black lives to matter is a rallying cry for ALL Black lives striving for liberation.”

As you can see in the above, there is no mention whatsoever of anything political. The words Democratic or Republican are not mentioned; rather, this sounds like it’s being billed as an organization simply fighting for ALL Back lives to matter, for white supremacy to be a thing of the past, and for violence against ALL Black people to stop. As noted, this includes the LGBTQ Black community as well.

On the About Page, the Donate tab reads the following: “We appreciate your support of the movement and our ongoing fight to end State-sanctioned violence, liberate Black people, and end white supremacy forever.”

Again, there is no mention of political parties/political affiliation.  This draws the question of why would the Black Lives Matter organization decider to funnel donations through a Democratic-affiliated organization? Even if one were to make an argument that they believe the Democrats do more for the Black community than Republicans do (which has been a hot point of debate as of late between liberals and conservatives) would it make sense for an all-encompassing organization whose about page has no mention of politics to funnel their donations through a politically affiliated organization? 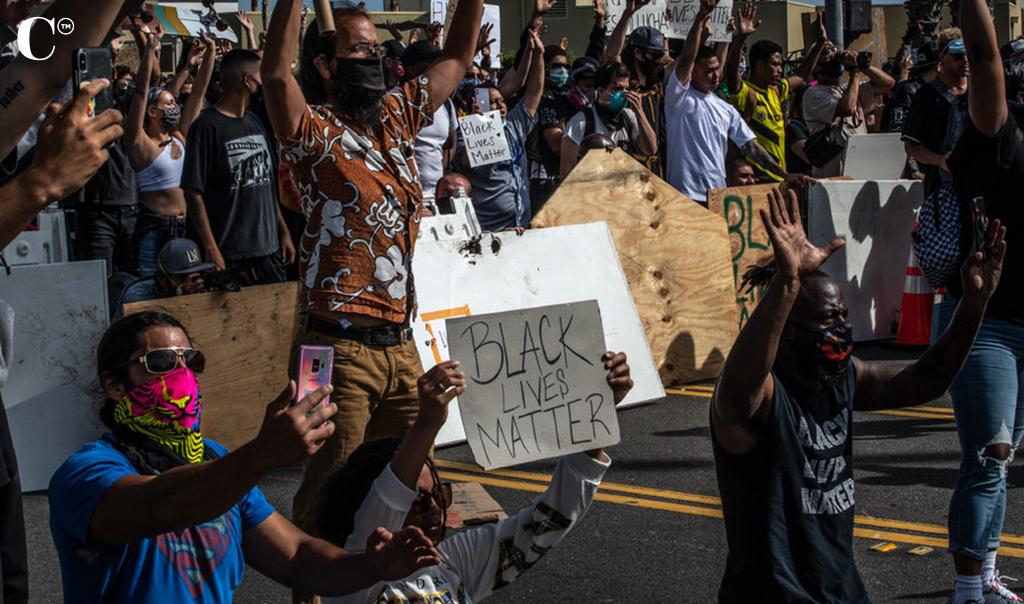 Ryan Fournier, who is the founder and Co-chairman of Students For Trump, posted the following statement to social media:

“All money donated to Black Lives Matter goes directly to Act Blue, A Democrat Super PAC that then feeds the money to Democrat candidates. Congratulations, you played yourself.”

Well known conservative author/political activist Candace Owens echoed similar sentiments on Twitter, tweeting “Wow this video is really important and every person needs to watch and share it. Black Lives Matter donations go directly to a superpac called ‘ACT BLUE’ that has given hundreds of millions to Democrats running for President.  How is this legal? #BLM is LITERALLY a shell company.”

With Owens’s tweet, she also linked to a video that shows someone going to the Black Lives Matter site, clicking Donate, and then examining how ActBlue distributes the money it receives. The video points out that top recipients of the ActBlue funds for 2020 had been Bernie 2020, Biden for President, Elizabeth Warren Presidential Exploratory committee, and more. In fact, the top 10 recipients- all receiving millions of dollars- are all affiliated with Democratic political campaigns.

The video wraps with a message from Instagram story from @libertyconscript, stating “And that my fellow Americans is how ‘white collar’ money laundering is done. I’m sorry they stole the words Black Lives Matter, because they do, but this organization is not for the Black community. BLM is just another corrupt arm of the DNC. And because of this, the new hashtag is #allblacklivesmatter @kingface_f1 Big thanks to @telerevela for the lead.”

This video has received over 2 million views, so it understandably has gotten people talking.

More To The Story

Pollitifact did an investigation into the claims made in the video and claims that the video “misrepresents” the  “ActBlue platform.” Specifically, Politifact claims that “ActBlue isn’t pocketing the money” that Black Lives Matter receives in donations. They note that ActBlue emailed them to state that they pass “along contributions from its fundraising platform directly to the 501(c)(3) charities or 501(c)(4) nonprofits that asked for them. Its function is similar to PayPal or Stripe, which are conduits for online purchases.” 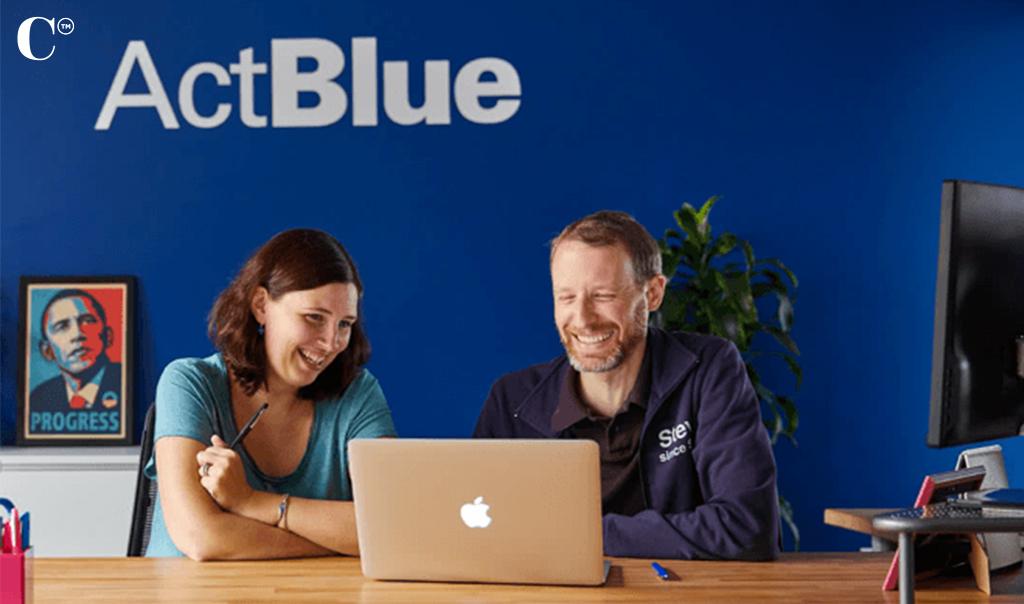 On Twitter, OpenSecrets.org also challenged the claims about ActBlue and Black Lives Matter, writing that “ActBlue is a fundraising platform used by Democrats & progressives. Like WinRed on the right, many candidates use it to process donations but that money isn’t pooled to be shared across candidates or groups. A donation to BLM through ActBlue goes just to BLM, not any other group.”

Politifact also notes that the reason political candidates are listed as the top recipients is not because ActBlue gives money to them, but rather because ActBlue is the middle man for donations made to them. Thus one can conclude that these are the people that ActBlue has received the most money for.

Where Are The Funds Going?

ABC6OnYourSide reported on how Black Lives Matters donations are surging and, rightfully so, people are wondering where their money is going.

Kailee Scales, who is the Global Network Managing Director for Black Lives Matter, is quoted in the article as saying during a Reddit ‘Ask Me Anything’ session that “Right now, our programs are focused on civic engagement, expansion of chapters, Arts & Culture, organizing and digital advocacy resources and tools.”

As ABC6OnYourSide points out, though, many users on Reddit were not happy with her response. They go on to quote a report from FactCheck.org, stating that an audit from the fiscal year ending in June of 2019 shows that “about one-quarter of Black Lives Matter expenditures in fiscal year 2019 went to salaries, benefits, and payroll taxes and 46% went to ‘consultant fees,’ but the audit provides no further details. A small fraction was spent on grants, and much of the rest was allocated to accounting, bank fees, information technology, insurance, legal fees, and office expenses.” 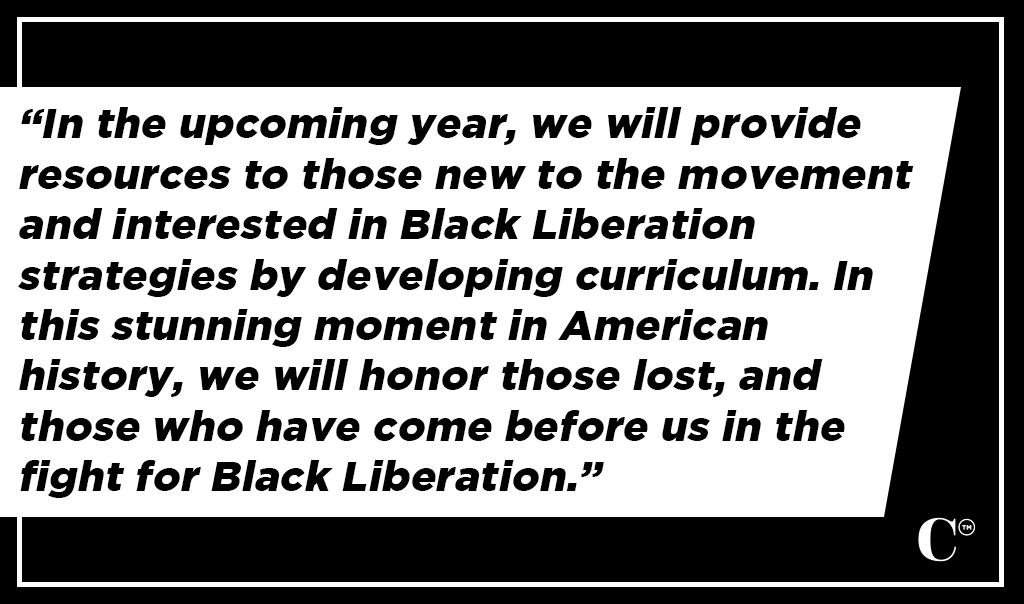 It is evident why people are asking questions, though, as in all of this there is no specific explanation of how exactly the funds that are donated to the Black Lives Matter movement- which has been bringing in millions of dollars- are being used to better the lives of the Black community, stop white supremacy, end violence against the Black community, etc.

Co-founder and chair of Black Lives Matter Patrisse Cullors is quoted in the ABC6OnYourSide article as stating that “In the upcoming year, we will provide resources to those new to the movement and interested in Black Liberation strategies by developing curriculum. In this stunning moment in American history, we will honor those lost, and those who have come before us in the fight for Black Liberation.”

The article also goes on to note that, while the movement does not fund the Democratic candidate’s campaigns, Black Lives Matter has launched a #WhatMatter2020 campaign that is “aimed at increasing the voice of black voters that could potentially benefit Democrats. The campaign’s priorities include racial injustice, economic injustice, LGBTQ rights, voter suppression, and ‘common-sense gun laws’—all items high on the Democratic Party’s agenda.”

At the end of the day, even if the Black Lives Matter movement is not funding (at this point) Biden’s campaign for President, there are still valid questions regarding where the money being donated is actually going. And, to note, it’s not just conservatives asking this question, as the ABC6OnYourSide article mentions that some on the left are also curious as to where the funds are going. Also, it still doesn’t make complete sense that a campaign which appears to be built on social justice- I.e. stopping systemic racism against the African-American community- has their money funneled through an organization that is Democratic. Racial equality is a human issue that shouldn’t be politicized. It is 2020. Every race, sexual orientation, and gender identity should be treated equally. This isn’t politics, it’s simple human rights. With the fact that Black Lives Matter funnels their donations through an organization that is politically affiliated, it seems to push this as more of a political issue than a social one, which it should not be. And, sadly, it’s not going to do anything to get Republicans/conservatives on board with this organization if they know that any money they donate is being funneled through an organization that is affiliated with a political party they are not a part of.