Rapper Blueface arrested for attempted murder in Las Vegas after apparent public quarrel. According to TMZ, On October 8 there 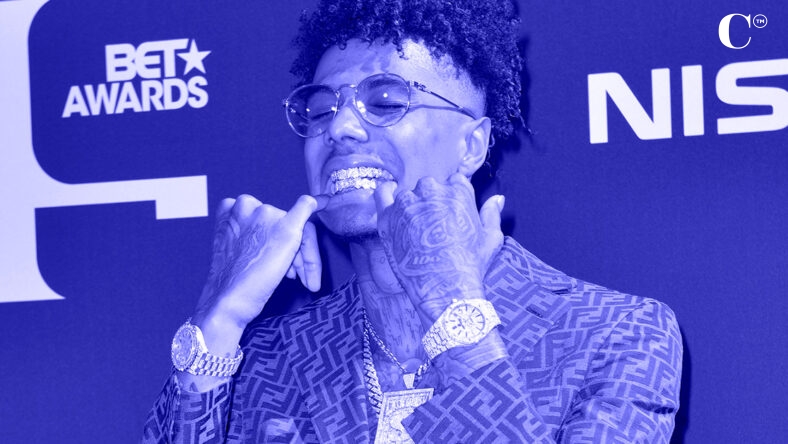 According to TMZ, On October 8 there were clips of Blueface outside a Las Vegas nightclub. A truck pulls up to the rapper and his crew before driving off.

Blueface pulls out his weapon and fires multiple times at the driver as he drives off. According to the source, the driver walked into the club when Blueface’s crew attacked him.

It’s not clear what started the fight but Blueface wasn’t involved in the altercation inside the club.

After the altercation in the club, the man pulled up to Blueface and his crew as they were leaving the club and asked: “Who hit me?” That is when shots were fired and the driver drove off. They had all been drinking.

The charges are serious; Felony attempted murder with the use of a deadly firearm and discharging a gun into a building, vehicle or craft. As of Wednesday, Blueface’s bail was set to $50,000. He is scheduled for a preliminary hearing in January 2023.

See: ACQUITTED OF MURDERING HER DAUGHTER, CASEY ANTHONY SPEAKS IN NEW DOCUMENTARY: ‘I LIED. BUT NO ONE ASKED WHY’

According to AllHipHop, Casanova admitted to shooting a man at a party in Florida on July 5th, 2020 over a gambling dispute.

He is being charged with racketeering conspiracy, distributing, or dispense, conspiracy to knowingly and intentionally manufacture, possess with intent to manufacture, distribute or dispense a controlled substance (cocaine, marijuana), and possession of a firearm in furtherance of a drug trafficking crime.

Casanova pleaded guilty and claimed he was being targeted because of his association with specific individuals. He also confessed he conspired to traffic 100 kilograms of marijuana and admitted he was the leader of a gang named Untouchable Gorilla Stone Nation.

U.S. Attorney Damian Williams said: “Like twelve of his co-defendants, Caswell Senior, an accomplished recording artist, and performer, now stands convicted of playing a leadership role in Gorilla Stone, a particularly violent Bloods gang that operates throughout New York and across the country. In addition to his supervisory role, Senior was an active, hands-on participant in the gang’s senseless violence, including a shooting in Miami and contributing to a robbery at a Manhattan diner.

Dismantling violent gangs and stopping gun violence continues to be one of my highest priorities. Thanks to the dedication of our partners at the Federal Bureau of Investigation, Senior now awaits sentencing for his dangerous conduct.”

Casanova is facing a minimum of five years and max of 60 years in prison. He will be sentenced on December 6th, 2022.

Police said two men exited a white Mercedes-Benz and fired shots into Makeda’s Homemade Cookies, which is near the rapper’s home in the Castalia neighborhood. Justin Johnson and Cornelius Smith Jr. pleaded not guilty to first-degree murder and other charges in the shooting and are being held in jail without bond.

The prosecutor Paul Hagerman told reporters: “I know that you all are wanting details, you’re wanting facts, you’re wanting sort of answers to some of these mysteries and things like that. Even if we knew them, we couldn’t tell you. As a matter of ethics and our requirements under the law, we’ve got to confine ourselves to what’s made public.”

Govan’s lawyer, Bill Massey, said he was seeking the prosecution’s evidence in the case, which Massey said may not go to trial until next year due to the amount of evidence.

Shelby County District Attorney Steve Mulroy said Govan “solicited the murder and put it in motion.” But no evidence has been made public to support that statement, and a suspected motive has not been disclosed.

The investigation is ongoing.