BOOMBOX! Hip-Hop Residency Turning it up in Las Vegas

Get your parachute pants and Doc Martens out from retirement and prepare to get your ‘wild thing’ on. “BOOMBOX!” is 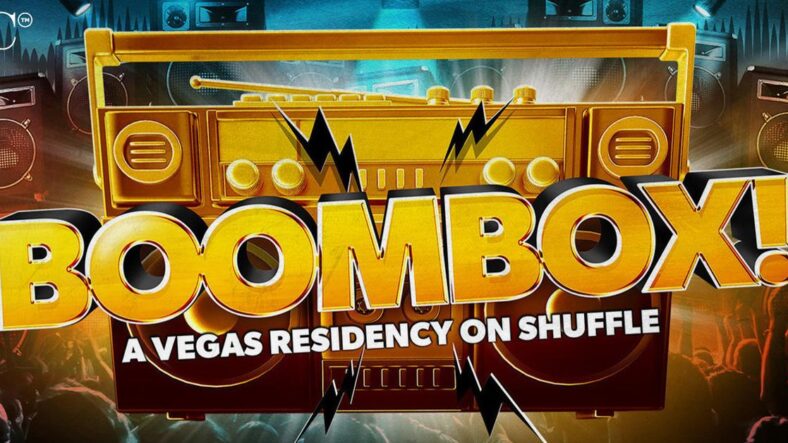 Get your parachute pants and Doc Martens out from retirement and prepare to get your ‘wild thing’ on. “BOOMBOX!” is the new Las Vegas residency and it’s hip-hopping its way into town.

Tone Lōc, Kid ‘N Play, J.J. Fad, CeeLo Green and Thea Austin of SNAP are bringing ‘the power’ to the Westgate for some of the most off the hook shows on the West Coast. These music legends are cranking up the sound for live shows starting August 31 and running through October 2. 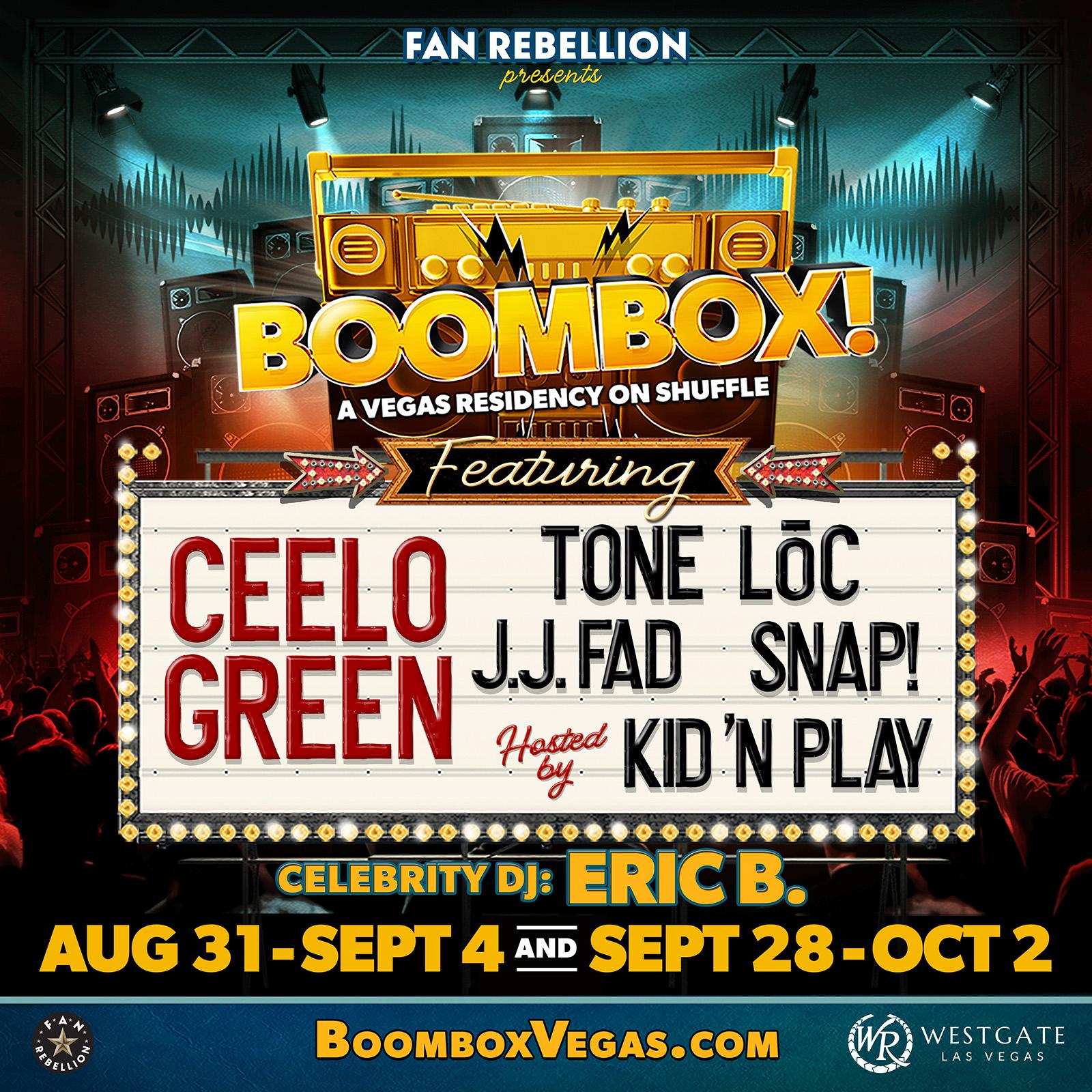 Not only will fans get a chance to hear their faves from the ‘80s, ‘90s and ‘00s individually, but they will also get to see the artists collab on one concert stage together. In other words, it’s gonna be all that and a bag of chips.

CeeLo Green has been making green for decades now. Originally from Atlanta, CeeLo Green started out first with the hip-hop group Goodie Mob before forming Gnarls Barkley with deejay-producer Danger Mouse. In 2006 “Crazy” was released and became #1 on more singles charts worldwide than we can count. What we can count are the five Grammys CeeLo has to his name.

Hot hits aside, most know CeeLo as one of the coaches on the NBC’s hit show “The Voice.” There he spent four seasons alongside Christina Aguilera, Adam Levine and Blake Shelton.

CeeLo has developed his own production company Emerald Productions in partnership with Primary Wave Music, one of the largest independent music marketing, talent management, and music publishing companies in the U.S.

But, music is far from his only talent. Lōc has been in front of the camera acting in movies like Ace Ventura: Pet Detective, Heat and Poetic Justice. In the past few years Lōc has been touring and has shared the stage with the likes of other Las Vegas residency artists like Britney Spears, and Boyz II Men.

Most recently he has been touring. His insta is chock full of pics of Lōc and other legendary hip-hop artists like Vanilla Ice and DJ M.Walk.

Kid ‘N Play have been ‘gettin funky’ since the late 80’s. Christopher “Kid” Reid and Christopher “Play” Martin focused on the ‘fun’ in music with their first few album releases. Who can forget the Kid ‘N Play kick step? Or, how about the high-top fade haircut that was so high it felt rain an hour before the rest of us did? We certainly can't man!

Like others in the BOOMBOX! lineup, Kid ‘N Play hit the big screen. But not for a one off flick here and there, for an entire series. Remember the House Party Series? If you’re answer is ‘no,’ please forfeit your hip-hop fan card immediately – do not pass go and do not collect $200. And, like others in the lineup they have some pretty impressive collaborations to their credit. The duo have performed with names like Jay-Z, Fabolos, Meek Mills and Beyonce.

The BOOMBOX! lineup goes ‘supersonic’ with J.J. Fad ( MC JB , Baby D and Sassy C). Hits include “Way Out” and “Is It Love.” In 1989, J.J. Fad, Jazzy Jeff & The Fresh Prince, Salt-N-Pepa, Kool Moe Dee, and LL Cool J made history as the first artists to be nominated for the Best Rap Performance Grammy.

J.J. Fad is once again joining Tone Lōc for the new Las Vegas Residency. The artists were a part of the West Coast Rap All Stars that recorded the 1990 anti-violence song “We’re All In The Same Gang.”

Thea Austin is bringing “The Power” to the Westgate. With hits like “Rhythm Is A Dancer, and “Welcome to Tomorrow,” there promises to be no shortage of chart topping music to get your dance groove on. Outside of music, she has been a staunch global advocate for HIV/AIDS prevention, treatment and a cure. She is also a big advocate for global women's health issues.

Tickets for BOOMBOX! are onsale now at https://boomboxvegas.com/tickets/

And here is the good news, you won’t need to bust open your bank account in order to score seats. Tickets range from $29 to $109. However, if you want a VIP fan experience, (and we can’t blame you if you do) you can get one for $250. That includes on-stage premium seating, artist meet-and-greets, and exclusive merchandise.