While the messages shown on the screen (which we have included below) did not prove that they had slept together, they certainly did contradict Richards’s claims that she didn’t know Glanville that well/talk to her that much. This was due to the fact that the text thread shown on-screen was quite lengthy (even though Bravo chose to only zoom in on certain texts).

While we exclusively had obtained other texts before this episode aired, This has left fans wondering, though, if there were text messages proving other things that weren’t shown on-screen. We spoke to an exclusive insider close to production who spilled the beans on what’s going on.

Here are the texts that were shown on last night’s episode: 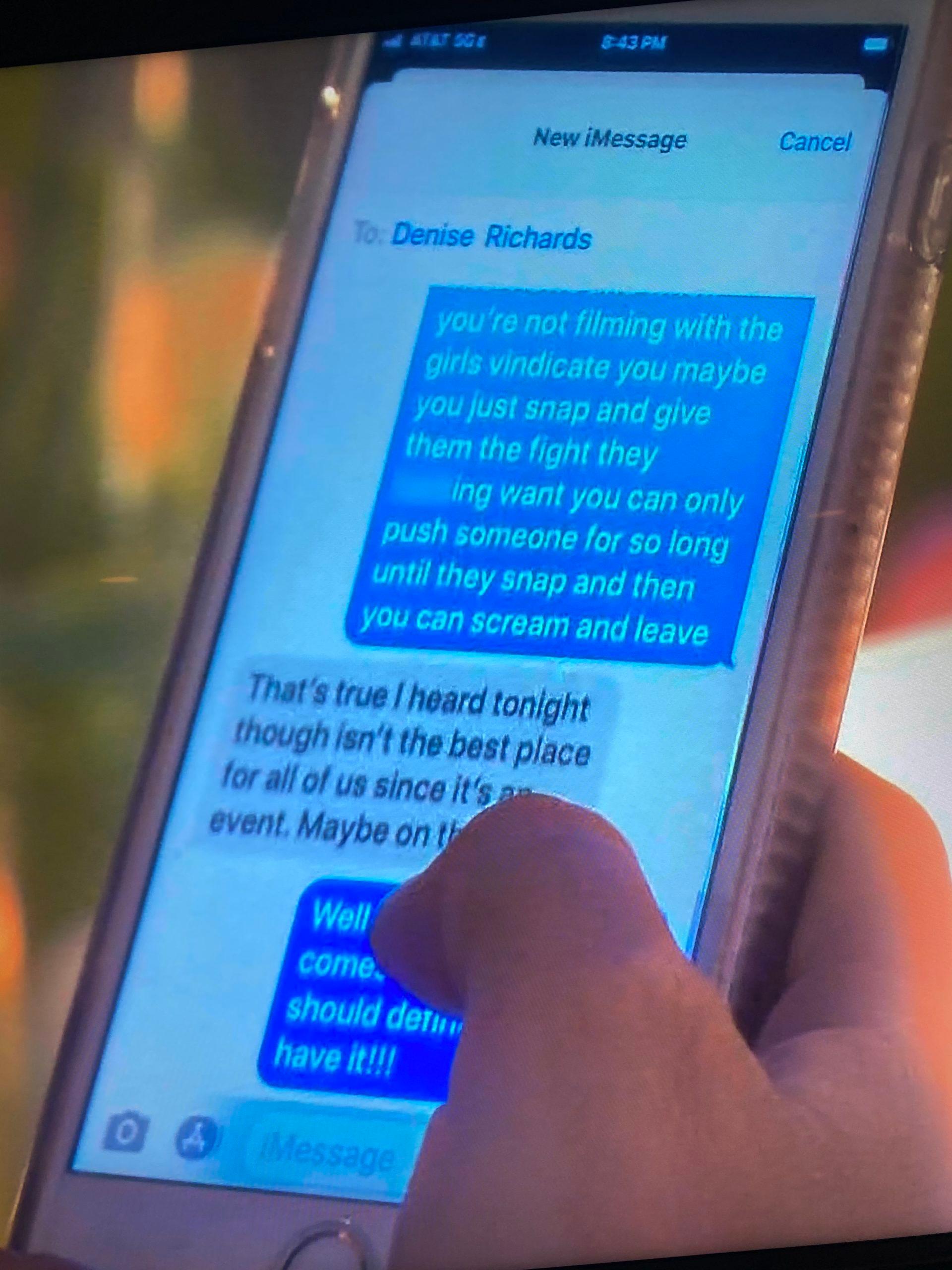 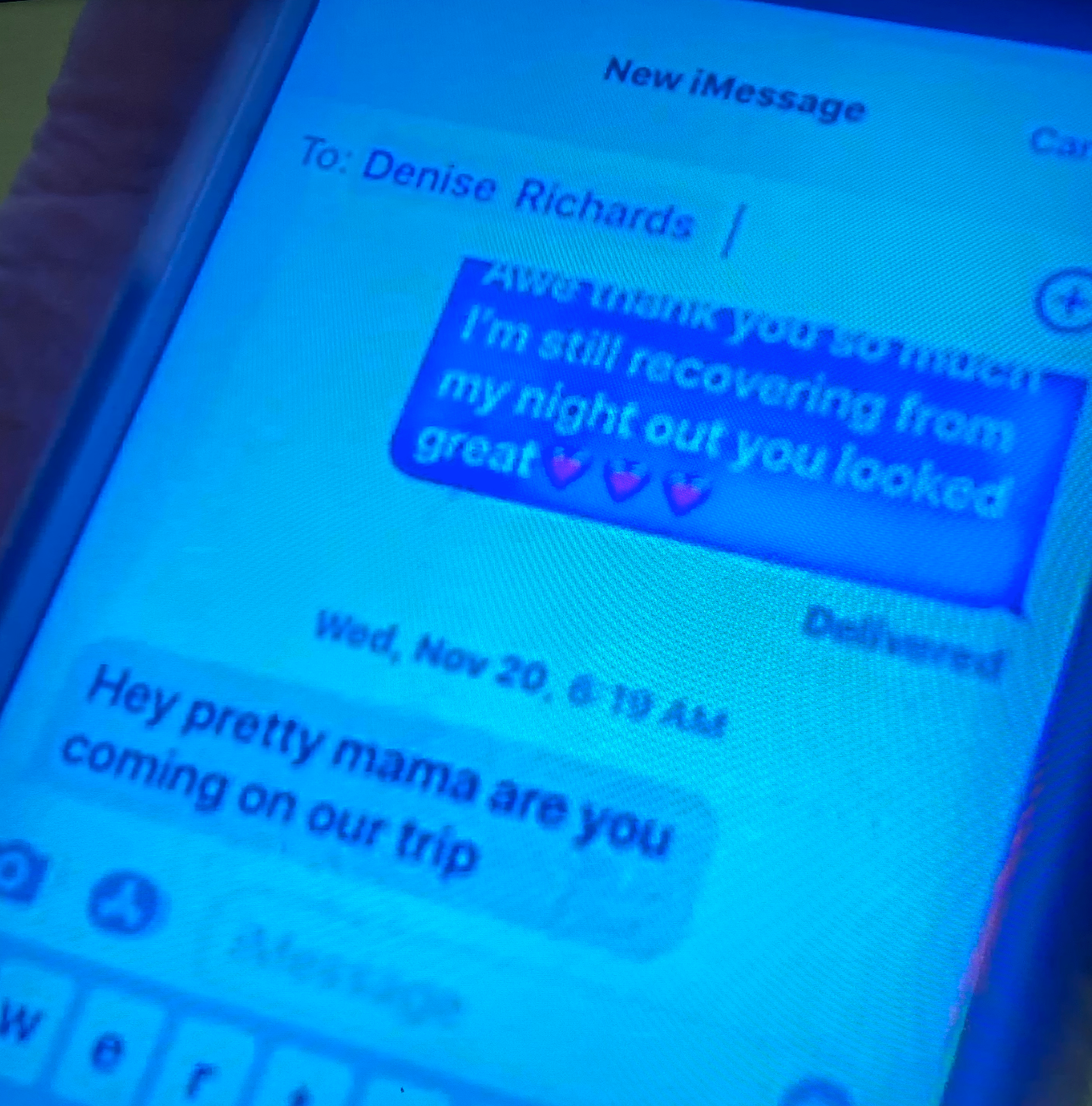 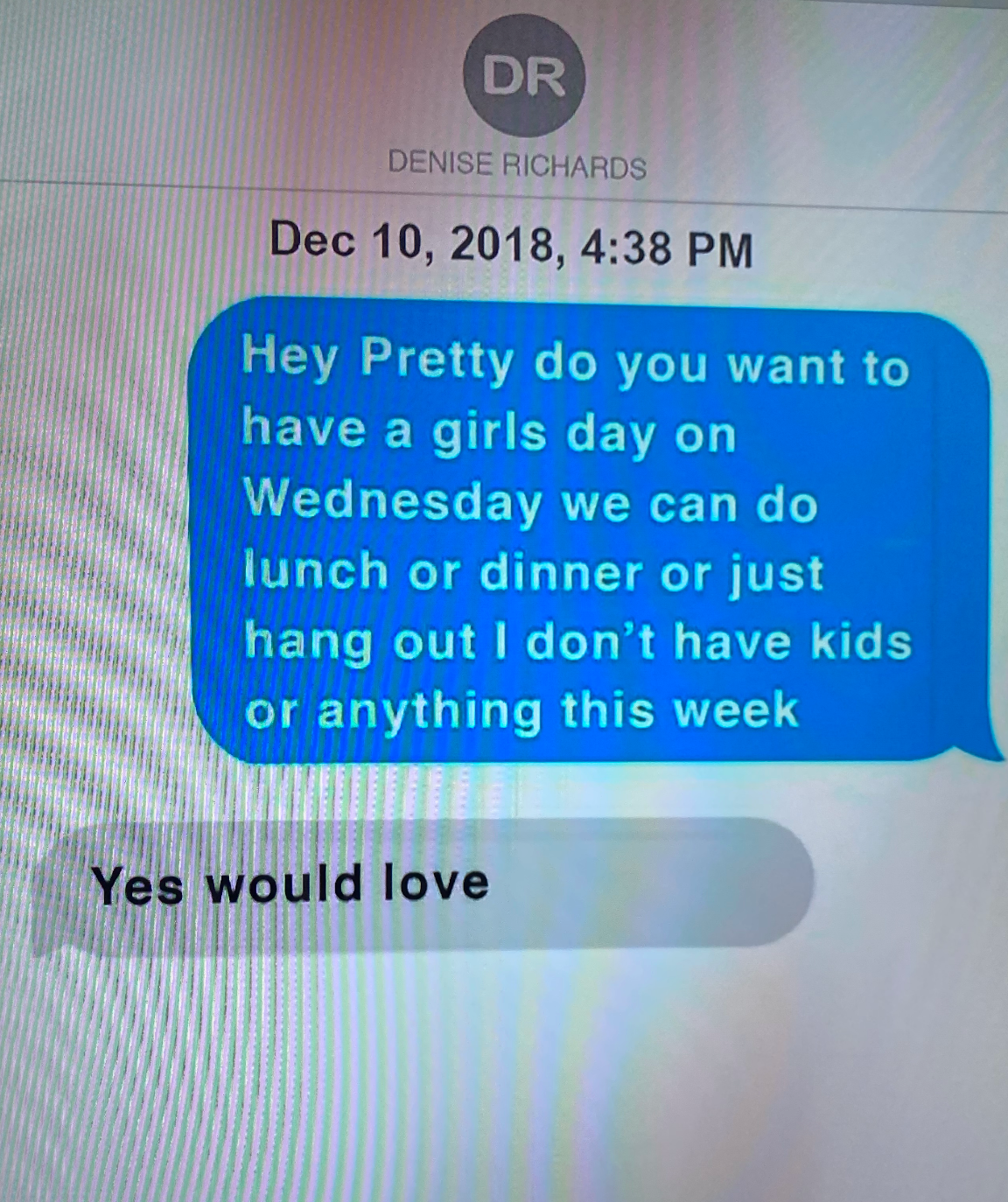 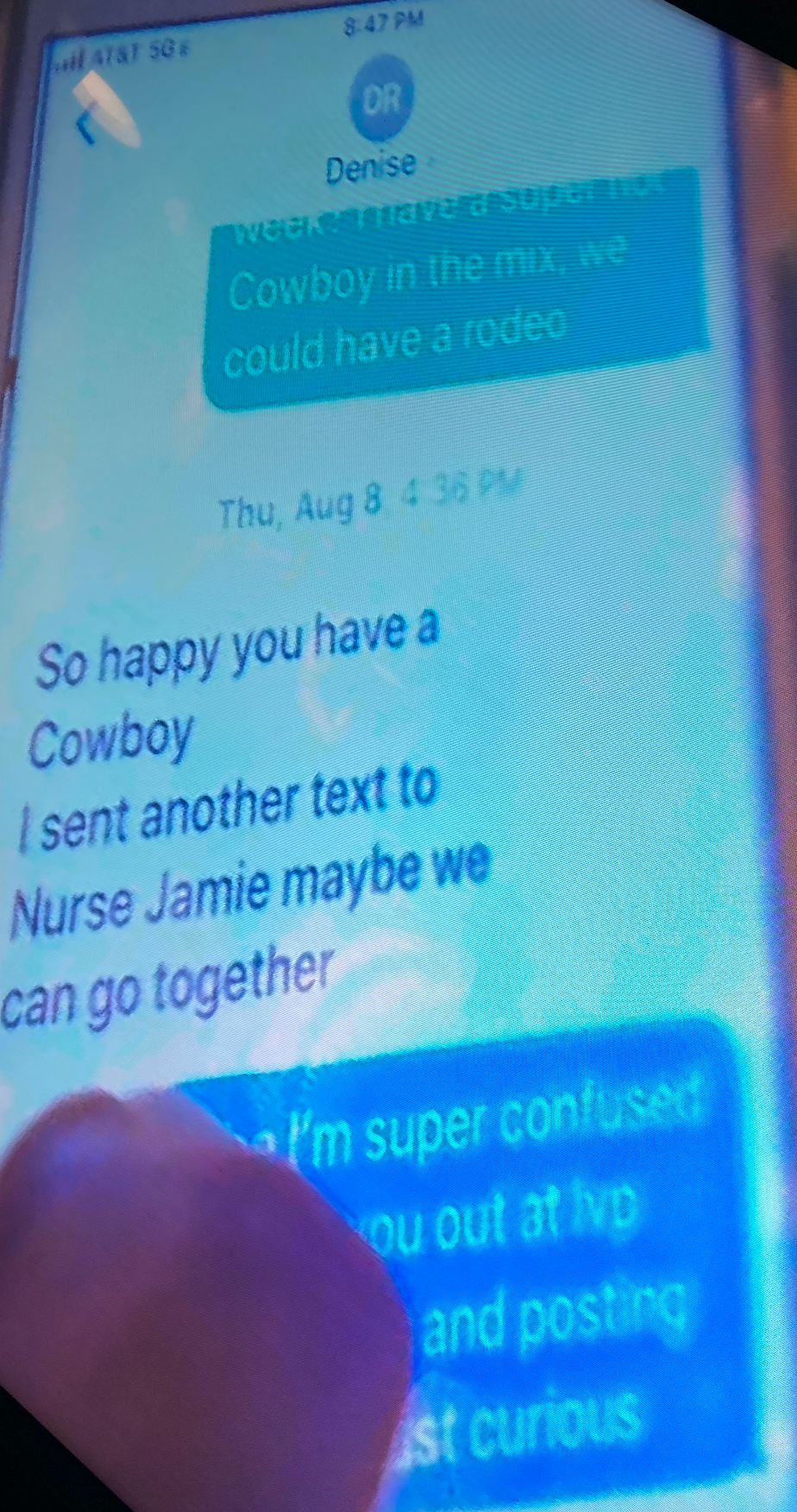 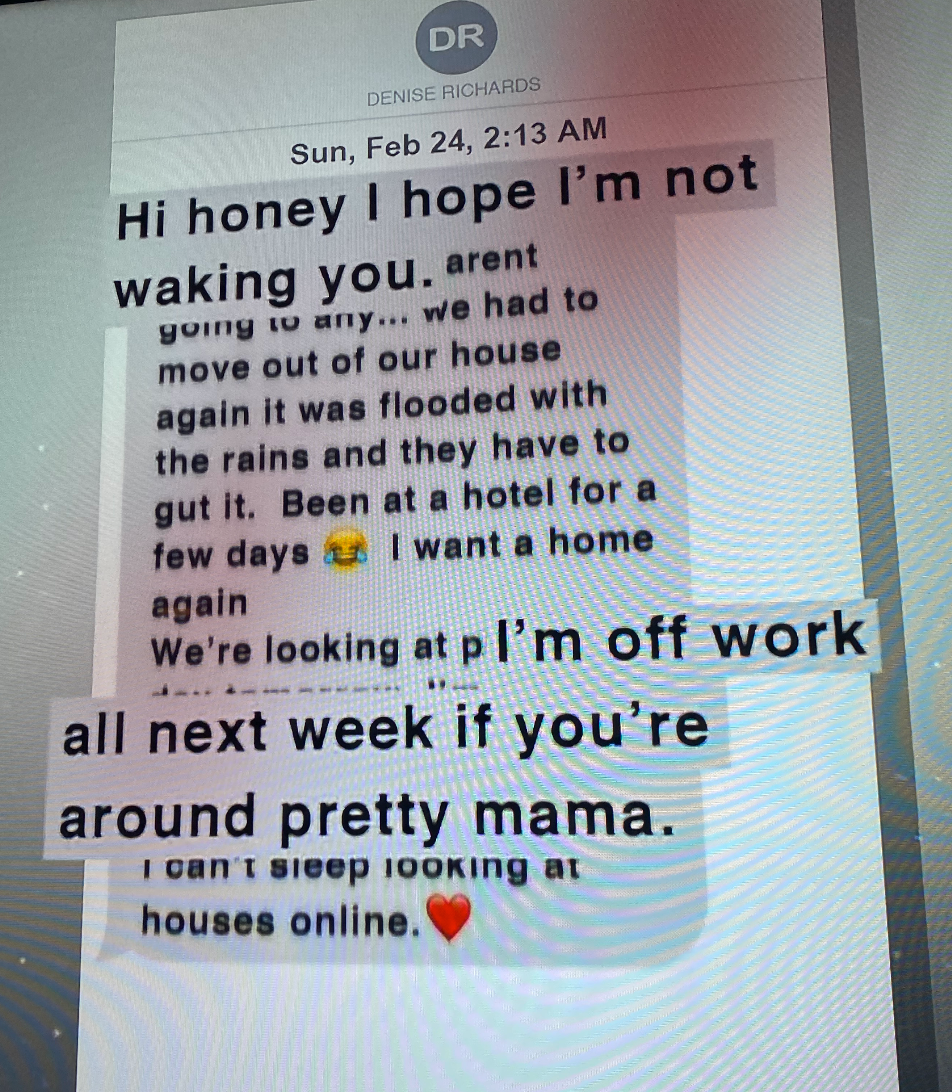 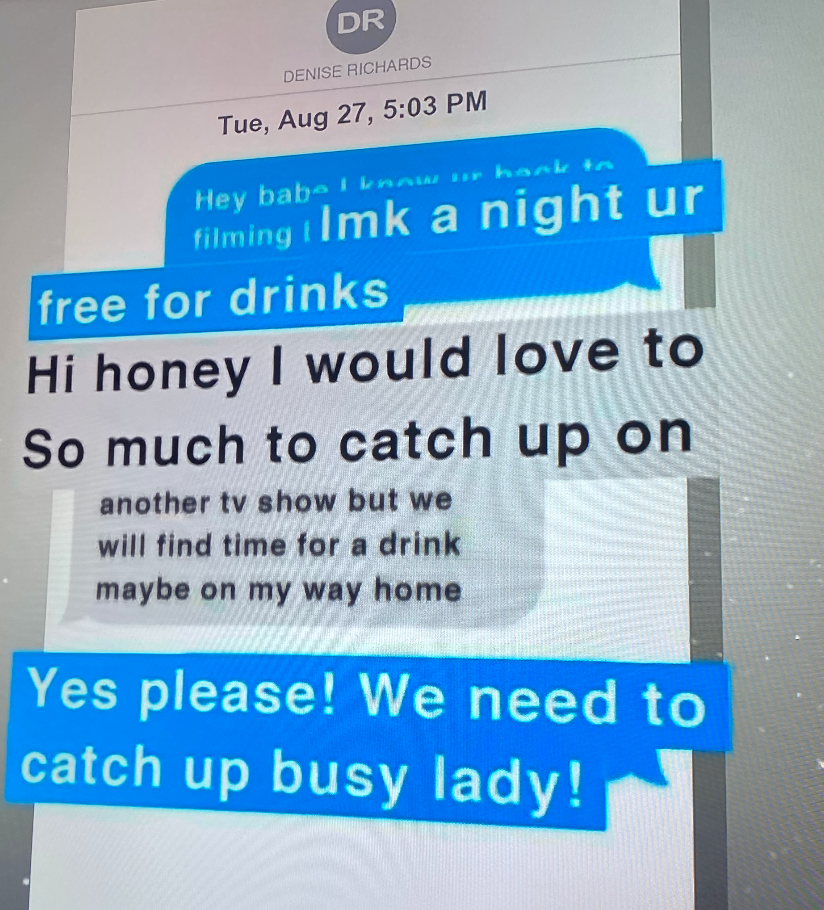 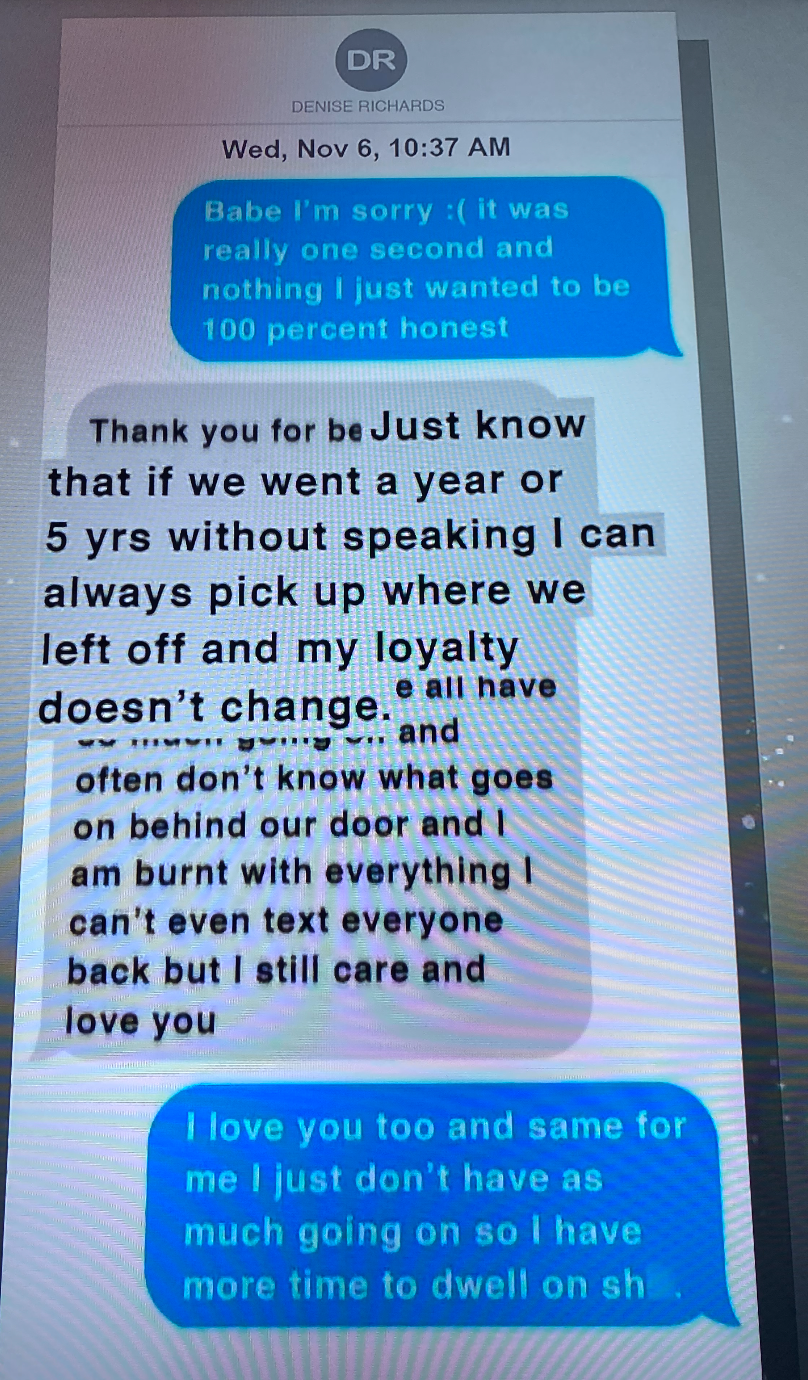 Yesterday morning, Glanville took to her Twitter to share that “Their [SIC] are two years worth of texts so Just be patient they will all be shown.”

Glanville went on to add that “So As we all know I’m not a producer on housewives I gave them two years worth of text I am not in charge of what they choose to show I know that more text will be coming out Have a beautiful Thursday.”

Here is a screenshot of those tweets:

More Pieces To The RHOBH Puzzle

After Glanville’s tweets, we reached out to a source in production to find out what exactly was going on- and why certain things were not shown.

“Wednesday’s episode of RHOBH has fans wondering what other incriminating texts are on Brandis phone,” our source began with telling us.

They went on to reference Glanville’s Podcast, stating that “On her podcast, Brandi Glanville Unfiltered, she claimed to have 2 years worth of texts between her and Denise proving that they not only had a long and close friendship but had also hooked up sexually. Brandi also claimed that she was called in to film at the very end of the season and only a few times.”

“With Brandi’s tweets yesterday morning [the ones we posted above], they seem to allude to the fact that she was possibly confused by the texts Bravo chose to air,” our source continued. “Denise for her part constantly contradicted herself in prior episodes and couldn’t seem to keep her story straight, making her look extremely guilty but still very much picked on.”

So why might Bravo have been so choosey with the texts they decided to show?

Our insider told us that “It is rumored that Bravo is being especially careful with what text messages they are choosing to air because of Denise’s litigiousness. It’s been said that Denise sent cease and desist not just to Glanville, but also to Bravo and Evolution, the company that produces the show.”

So when will fans possibly get the rest of the story?

Our source wrapped with sharing with us that “Andy Cohen will be sitting down to get Brandi’s side of the story September 8th.”

“Make sure to stay tuned for more fireworks,” they wrapped with dishing, “and watch what happens.”

With next week being the finale of the show- and then the reunion that follows- it sounds like we are in for a lot more RHOBH drama in the coming weeks.