This week has been one for the record books in the Teen Mom world. As fans know, Taylor Selfridge ended up leaving 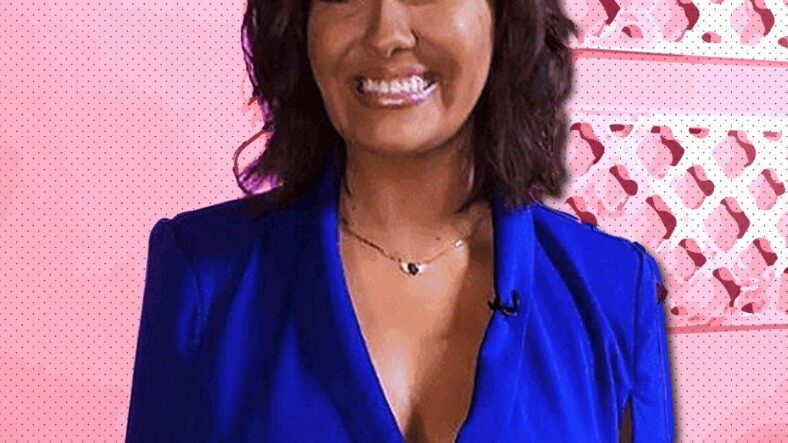 This week has been one for the record books in the Teen Mom world. As fans know, Taylor Selfridge ended up leaving the show, as we reported (although MTV claimed they parted ways with her due to past racist tweets). Cory Wharton, the father of Taylor’s baby Mila and Teen Mom OG star Cheyenne Floyd‘s baby, Ryder, ended up giving a very heartfelt statement about where things stood Wednesday night. Aside from Taylor, there has been back and forth rumors of other cast members potentially being let go from the show due to past comments they have made that have been deemed racist or insensitive.

One such cast member who some have pointed to as having said some racist things is Teen Mom 2 star Kail Lowry. Kail’s arch-nemesis on the show, Briana DeJesus, responded to the allegations by re-tweeting a video of Kail talking with her first baby daddy, Jo Rivera. In the clip, Kail says to Jo (about their son Isaac) that “I think you forget about the fact that he’s half white and he’s half Hispanic. I feel like you dress him in the stereotypical way and I don’t like it… you dress him like a thug.”

Briana re-tweeted the clip stating “Wtf did I just watch SMH.” Although they’ve had issues in the past, one couldn’t help but intimate from the tweet that Briana was alluding that she felt Kail was racist.

We exclusively spoke to Briana to see where her head was at regarding Kail and her past comments. Interestingly, Briana not only had an issue with Kail’s past comments but also feel like Kail behaved in a racist manner towards her.

“In the current state of things being brought to light regarding racism,” Briana began with sharing, “it would be wrong of me to not bring up Kailyn Lowry’s racist behavior.”

Briana then began by providing empirical evidence, stating that “I do not condone her labeling Hispanics as thuggish. In the same vein, she called my family ratchet. I do not for one second believe that was just a random dig.”

“Every bone in my body believes that was racially motivated,” Briana elaborated. “Look at the footage of her claiming Javi Marroquin‘s ‘darker skin’ would clash with certain colors. This is clearly an issue she’s had prior to me and perhaps that’s why she had an extra issue with me- aside from the fact that her ex was interested in me.”

“I also want to mention that when we had the fight on the reunion, my family was told to go home and Kail was allowed to stay,” Briana also added. “I 100% believe this was racist as well. Kail, being white, has a privilege and it’s always seemed like the other moms are treated differently.:

Briana still had more to say, adding that “We are in a culture where everything, finally, is coming to light. If we’re really going to let go of those who have exhibited racially motivated discriminatory behavior, I believe in my heart Kail should be included in that group.”

Even though Briana has clearly been hurt by what she deems as racist behavior in the past, she’s still not unwilling to move on.

“I would be willing to hear her out for an apology, of course,” Briana detailed, “if it was sincere. I’ve always been open to conversing with her and moving forward, but she has consistently avoided me. Think about it- she and Jenelle had major issues, but she was fine to invite Jenelle on her podcast and send her her haircare. Me, being the only minority on the show, was left out. Coincidence? You tell me.”

“At the end of the day, if she stays on the show is not my call,” Briana wrapped with telling us. “But it would be irresponsible of me not to address this.”