From #FreeBritney To Getting Cuffed Again – and an Ex Tried to Stop It? 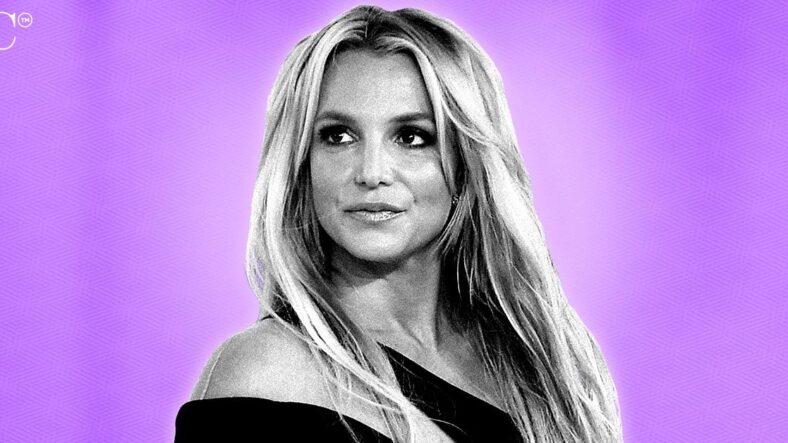 When living in a worldwide lockdown with nothing but the little black mirrors in our hands to use for a social life, it's safe to say that we all found ourselves in a rabbit hole every now and then. Over the course of 2020 however, there was one story that got everyone's attention: the conservatorship of Britney Spears.

Thanks to the power of social media fans of the pop star were able to connect over their empathy towards Spears and work together to #FreeBritney. Now, obviously, they didn't do the actual freeing of her (that involved more legal details which we'll get to) but, the creators of the movement and everyone who followed made sure that Spears' story wasn't being ignored. Rallies were held outside the courthouse, a documentary was created, social media trends occurred, and much more.

Since the outing of Spears' personal life behind the metaphorical jail cell bars of her father, Jamie Spears, she's been freed to begin making her own choices again. Most recently, the singer took a big step in a positive direction with her long term love- marriage. Spears and Sam Asghari wed last week and just before she was [willingly] getting "locked down" again, an ex tried to sabotage.

An Unannounced Appearance And One Restraining Order Later

Last week at Spears' wedding her very much EX-husband appeared unannounced. Jason Alexander streamed a live video to Instagram of himself at the venue saying, "I'm here to crash the wedding." Fortunately for the newly weds, he didn't make it very far. Alexander was confronted by security guards, arrested and brought to a local jail.

Spears' first husband pleaded not guilty to charges of stalking, trespassing, battery and vandalism at a court hearing on Monday in Ventura County, California. A police spokesman explained the charges, "An altercation occurred with security officers and that's where the battery occurred. And during the altercation an item was broke, so that's where the vandalism comes into play. And by being on private property, the trespass comes into play.

The end result? A restraining order was issued against Alexander which states that he must stay 100 yards away from Spears for at least three years with a bail set at $100,000.

Britney Spears is way beyond who the media has shaped her to be. She changed pop music forever in 1998 when her iconic hit "Hit Me Baby One More Time" took over charts. She was a female in a man's world, outshining major boy band groups and solo singers.

Her gorgeous look and natural talent was hard to miss which, in turn, made her the main focus of fans and the tabloids immediately. Her career and her personal life was watched closely under the eyes of those who had the power to shape the world's opinion of her which later forced her into a very public meltdown. And, for those of you 2000's babies reading this, mental health awareness wasn't what it is today. So to lash out the way Spears did was seen more as a threat and an issue rather than a cry for help. Leading us into her conservatorship.

Locked Down [Almost] For Life

Due to Britney's alleged mental issues she was placed under a conservatorship which was managed by her very toxic father and a lawyer. Typically, you'd assume that a family member having such control would be beneficial and involve working together however, that wasn't the case for Spears.

Jamie Spears took FULL control over his daughters life- her finances, career, personal, and really whatever else he could. Let us break it down for you:

Britney Spears, 38 year old woman at the time, was not allowed to do the following without her fathers permission or he can legally lock her up in a mental health facility:

A conservatorship is meant for people with mental health issues or decaying health. Most likely grandparents or people with actual dementia etc. They are meant for people who literally cannot take care of themselves. So, previously, CELEB questioned, if she is so unwell that she isn’t mentally capable of doing anything for herself, why is she still working?

While under the conservatorship Britney Spears:

With all of that being said, do you see where the suspicion about Jamie Spears' true intentions came into play?

13 Years Later And Britney Is FREE

Since becoming free from the control of her father, Britney has gotten engaged, got pregnant (which unfortunately ended from a miscarriage) and as we shared before, got married to her long time love, Sam Asghari.

As for her career, the pop star is doing what she loves most on her Instagram page. Touring and performing under her conservatorship took a lot out of her and it seems at though she's taking a break from that scene for now to enjoy her life with Asghari and those who truly care for her.