Brittney Yevette Griner, 31 is an American professional basketball player for the Phoenix Mercury of the WNBA. At a whopping 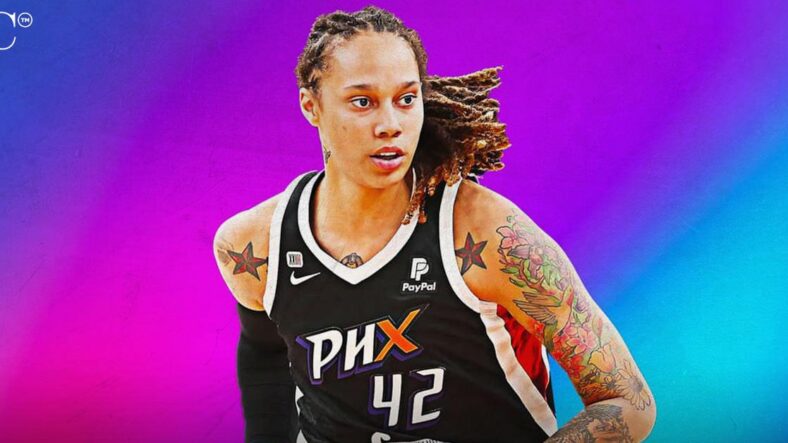 Brittney Yevette Griner, 31 is an American professional basketball player for the Phoenix Mercury of the WNBA. At a whopping 6 feet 9 inches and a shoe size of 17 she is the only NCAA basketball player to both score 2,000 points and block 500 shots.

NBC News reported that the United States and Russia have been negotiating a potential resolution to bring the basketball star back onto U.S Soil, a trade, prisoner for prisoner.

Griner was convicted on Thursday, August 4th 2022 in a Moscow court, where she had suffered a lengthy trial that seemed to catch up to her mental stability as she broke down and emotionally apologized to the court and said she was sorry and made “ an honest mistake. “ Shortly after Judge Anna Sotnikova came back into the courtroom and read the verdict, guilty! With a sentence of 9 ½ years in a Russian prison and 1 million Rubles which is equal to $16,590 usd.

Griner was found guilty of Drug Possession and Smuggling drugs into the country. She was found with Vape cartridges that contained marijuana oil after landing into a Russian airport.

Shortly after the verdict President Biden held a press conference and said; “Today, American citizen Brittney Griner received a prison sentence that is one more reminder of what the world already knew, Russia is wrongfully detaining Brittney, It’s unacceptable, and I call on Russia to release her immediately so she can be with her wife, loved ones, friends, and teammates. “ Biden continued; “ My administration will continue to work tirelessly and pursue every possible avenue to bring Brittney and Paul Whelan home safely as soon as possible.”

Griner’s legal team vowed to appeal and responded to reporters outside of the courtroom saying that “we are devastated“ they went on to say; “the courts completely ignored the evidence and the guilty plea“

Griner's WNBA team said; "While we knew it was never the legal process that was going to bring our friend home, today’s verdict is a sobering milestone in the 168-day nightmare being endured by our sister, BG, we remain heartbroken for her, as we have every day for nearly six months. We remain grateful to and confident in the public servants working every day to return her to her family and us."

From what we understand Prison guards and inmates have been kind to Griner assuring her that with some time and help she will soon be with her family and loved ones again.

Griner’s basketball career started in High School where she was named the nation's number 1 women's basketball player. She went on to play college ball, at Baylor Lady Bears in Waco, Texas. Where she broke a couple records for points and blocks. She became one of the greatest basketball players winning an Olympic gold medal, an NCAA championship, a FIBA World Cup gold medal and a WNBA championship.

In 2013 she was endorsed by Nike then became the winner of an ESPY award; and drafted by the Phoenix Mercury WNBA franchise. Unfortunately during the off season she traveled to Russia to play for the Russian Premier League, where she was picked up by customs agents and arrested for possession of drugs in her luggage. The American WNBA League and her team the Phoenix Mercury stand by her and cannot wait for her return back home into the United States and her voyage back into the league. As one of the top athletes in the world, it's no wonder why many continue to support her through this terrible time in her life.