But Like What Is Going On With Cara Delevingne And Why Is She Acting This Way?

Reportedly, the famous model, Cara Delevingne was a no-show at her own New York Fashion Week Event on Monday. This, 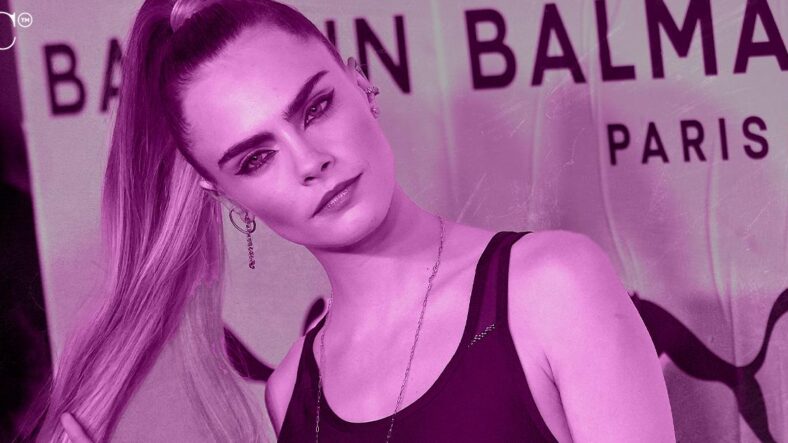 Reportedly, the famous model, Cara Delevingne was a no-show at her own New York Fashion Week Event on Monday. This, however, isn't her first red flag moment in recent months. Most recently, the actress was also seen out of Van Nuys Airport in Los Angeles fidgeting and shoeless. But fans and friends were initially shocked by her behavior back in July during the 2022 Billboard Music Awards.

Delevingne addressed her behavior while being a guest on The Tonight Show Starring Jimmy Fallon and explained that she was just having a good time being Megan Thee Stallion's hype woman for the night. She stated, "I was standing behind her, and then she was trying to [do] the thing with fashion [where you] flick your [dress], and she couldn't really. I was helping her and going like, 'Yeah, go!' Like hyping her up, being her hype woman."

The model added in, "And then I was getting on the floor taking pictures. That's what I do, I don't know. I was just really excited. I'm like, 'Let me get my angle, guys! I'm a photographer.' It was so fun."

"I was living my best life, but people found it a little bit odd," she said. "People find me odd, but that's me. No shame."

Delevingne's outlandish behavior has been flooding the media and we all can't help but wonder what is going on?

A NYFW No Show

Delevingne collaborated with the late Karl Lagerfeld's brand to create a capsule of easy-to-style genderless clothes and accessories. The collection took a few years to bring to life in which the model told Vogue that Lagerfeld "would be really proud of what we have created and how we have created it."

On September 8, the line officially launched globally and on Monday evening it was celebrated at the Cara Loves Karl Capsule Collection launch party during NYFW. Celebrity guests were in attendance including KeKe Palmer, Nina Dobrev, Becky G, Candice Swanepoel, and others. However, the only celebrity missing from the event was Delevingne herself. This left many people more concerned for the model and her current well-being.

The Only Murders in the Building Actress was seen at the Van Nuys Aiport in Los Angeles on Monday with no shoes and no sense of self. Her erratic behavior quickly caught the attention of many. Paps even captured her feet dangling from the backseat window of a Chevy Suburban.

The model reportedly showed up to Jay-Z's private plan two hours late and de-boarded only 45 minutes later. The reason as to why is unknown – whether she chose to leave or was asked to leave – but, once getting back on the tarmac she began smoking while still appearing jittery, dropping her phone multiple times while speaking on it.

In the past, the model has been open about her depression and suicidal thought due to struggles with her sexuality. She opened up to Gwyneth Paltrow on her Goop podcast about what it meant to be gay and explained her hard time with it, "I do correlate the massive depression and the suicidal moments of my life [to that] because I was so ashamed of ever being that. But actually, that was the part of me that I love so much and accept," the star said.

Less than a week after Cara's behavior has gone viral, it was revealed that Delevingne's sister, Poppy, has come to be with her all the way from London.

A previous Daily Mail article shared that a family friend allegedly said, “It is all very troubling. Cara has been open about her mental health issues in the past. She comes from a very good, close family and, of course, they will rally round and do whatever it takes to help her.” They continued, “The family is clearly worried about her, which is why Poppy immediately went to be with her. Everyone is concerned about Cara’s behaviour."