“They Can’t F with Me’: Cardi B Goes Wild on Akbar as Twitter Becomes Ground Zero for Female Rap Feud’s Newest Battle

If you've logged onto Twitter today and happen to be following rapper Cardi B, you'll notice that she's been busy 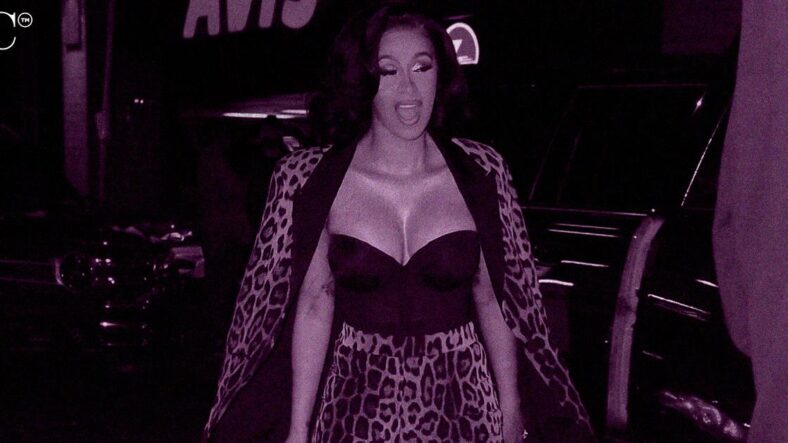 If you've logged onto Twitter today and happen to be following rapper Cardi B, you'll notice that she's been busy – really busy.

In the newest battle of her ongoing "female rapper feud" with Nicki Minaj and others, Cardi today went wild on a bit player in the drama named Akbar – not holding back her thoughts on the less-famous rapper's involvement with the whole messy drama.

Here's what Cardi had to say for herself, and Akbar's responses.

See: Cardi B Gets Serious About Divorce Rumors After Speculation of Offset Cheating with Saweetie

Cardi B and the Barbz vs Akbar and Nicki Minaj

Somebody check on akbar…She ain’t been right since thug slap the breath out her face https://t.co/fFxZ8UDLhl

Over the past month, hip-hop's leading ladies have really been in the trenches going at each other's reputations.

Last night, Cardi cryptically tweeted, "I don’t really like the internet games …My dms is open and also the streets!" And while her fans (The Barbz) knew who she meant, everyone else was confused – except, of course, her target.

Today, it kicked into high gear again after apparently a phone call between Cardi and Akbar, which Cardi thought had settled things but clearly did not.

Akbar took to Twitter first today to come out swinging. One of her earliest messages was, "Work on yourself and vibe alone for a while," followed by, "You a industry b—h , ima in the streets b—h." She added, "You can't even be cordial with b—hes … cause they be on bulls–t… s-t be fake …"

Around the time she tweeted, "Who gave this ho cardi b my number … gotta be one of y'all weird a– hoes ?" Cardi took to Twitter with her own replies.

Cardi tweeted, "I don’t gotta @ I can change a b—h life just by a mention….AND YES I HIT THEM DIRECTLY ,I don’t do the internet!!"

And then the dam broke, and she had a lot to say.

Cardi tweeted, "THEY SAY THEY DONT F–K WITH ME ,BUT I SAY THEY CANT F–K WIT ME!!!!" and added, "If we said what we said on the phone why keep texting? These all these b—hes want …INTERNET SHOWS..I’m done -_-."

Akbar noted the responses to her tweets, shooting back, "Im laughing this b—h must've woke up on wrong side of bed ima give her a pass…" but the pass didn't last long and she continued to tweet at Cardi without mentioning her name, eventually coming to the crux of the issue between them (which was Nicki Minaj including Akbar as a feature in a new song), with Akbar tweeting, "I been out the way now here comes satan …all because Nicki gave me a feature." Akbar even addressed the fact that she used to be a fan of Cardi, explaining, "I been a barb everyone knows this go back to my interviews never had a problem with this ho it was cordial now she want to make it something this ho sad."

The responses turned more real-time later, with Cardi shooting back, "I hate a hoe that throw rocks and hide their hands ..been subtweeting me for months and now you wanna make it about another woman as a shield.Stand on your s–t!!!" and Akbar firing back, "Ho sit down in MACEO voice ."

It quickly turned really personal, with Akbar writing, "You was able to baby…u … i wasn't but i got all of mine now …see the difference between me and u i was really in that jungle t hugging with real n$$$as….u forgot u had kids when u got some money ?… u was just selling it to any man that ran up on u cricket teeth.." and Cardi responding directly (with a re-tweet), "See the difference between me &u I had Nikkas wanting to put babies In me while I was in the jungle but I said to myself I won’t put my kids in the same hoods I was I raised in let alone ABANDONED THEM ..u had that choice to make as well not once but FIVE TIMES."

Things seemed to be winding down until just before 2PM EST, Cardi posted what appears to be a pornographic video of Akbar performing oral sex.

See: Rapper Megan Thee Stallion Responds to Accusation that she Told Hip-Hop Artist Nicki Minaj to Get an Abortion

How the Fued Got Started

Nick Minaj, meanwhile, clearly wants to stay out of the drama.

But as much as she wants to stay out of it, she was part of it all in the very beginning.

Yours Truly explains, "The women of hip hop have had a turbulent month. Despite Lil Kim’s denials, fans and 50 Cent claimed she had disparaged Nicki Minaj in her verse on Megan Thee Stallion’s 'Plan B (Remix)' last week. After Nicki released her eagerly awaited Queen Mix version of 'Super Freaky Girl,' featuring JT of the City Girls, BIA, Katie Got Bandz, Akbar V, and Maliibu Mitch, things got even more heated for the Barbz.

They even charged Megan with “encouraging abortion & child endangerment with alcohol” after Nicki criticized a female rapper for pressuring her to consume alcohol while pregnant. Although Megan has since refuted the allegations, tensions among the rap girlies are still at an all-time high."

Is it all for clout or is there real enmity behind the online drama? It's hard to say – and only Cardi and Akbar know the truth of it.