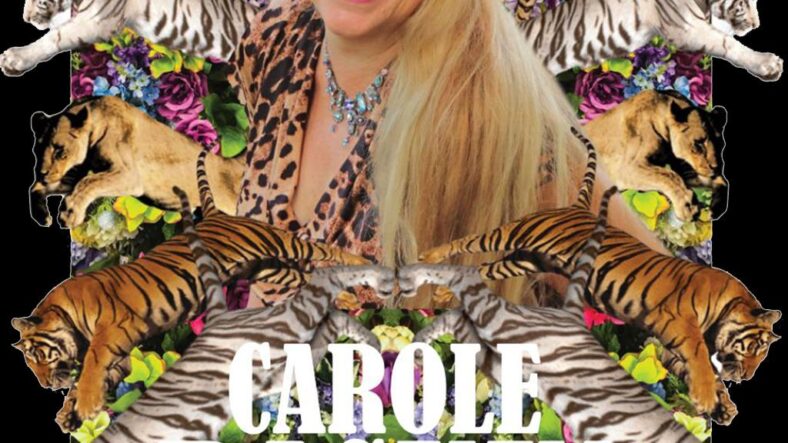 Fans who watched Tiger King this year instantly became obsessed with all of the real-life characters the show made household names including Joe Exotic, Bhagavan “Doc” Antle, Jeff Lowe, and, of course, Carole Baskin.

Although there were many scandals addressed in the docu-series, one of the ones that have kept fans talking for quite some time is a rumor that Baskin had something to do with the disappearance of her ex-husband, Don Lewis.

While Baskin has explained that Lewis went missing, telling her he was going to Costa Rica only to have his car found at the airport, some have alleged that Baskin had something to do with his disappearance. Taking it a step further, some have alleged that Baskin murdered her ex-husband, feeding him to the Tigers at her famous Big Cat Rescue  Sanctuary. The allegations regarding Baskin having anything to do with Lewis’s disappearance- and allegations she “fed him to the cats” or “put him through a meat grinder”- are things that Baskin has vehemently denied.

This week, a new report came out on CBS’s 48 Hours Suspicion in which Baskin’s former handyman’s ex-wife spoke out and provided some new allegations regarding the disappearance of Lewis. After reading her allegations, CELEB spoke exclusively to Baskin to get her response.

The New Allegations Against Carole Baskin

In an appearance on 48 Hours Suspicion– in an episode entitled “The Tiger King Mystery” which is set to air this coming Wednesday at 10 PM EST- a woman named Trish Farr-Payne has spoken out regarding Lewis’s disappearance. Farr-Payne was married to a man named Kenny Farr, who was a former handyman for Baskin and Lewis.

Farr-Payne had many details to share, including the following that Wink News shared: 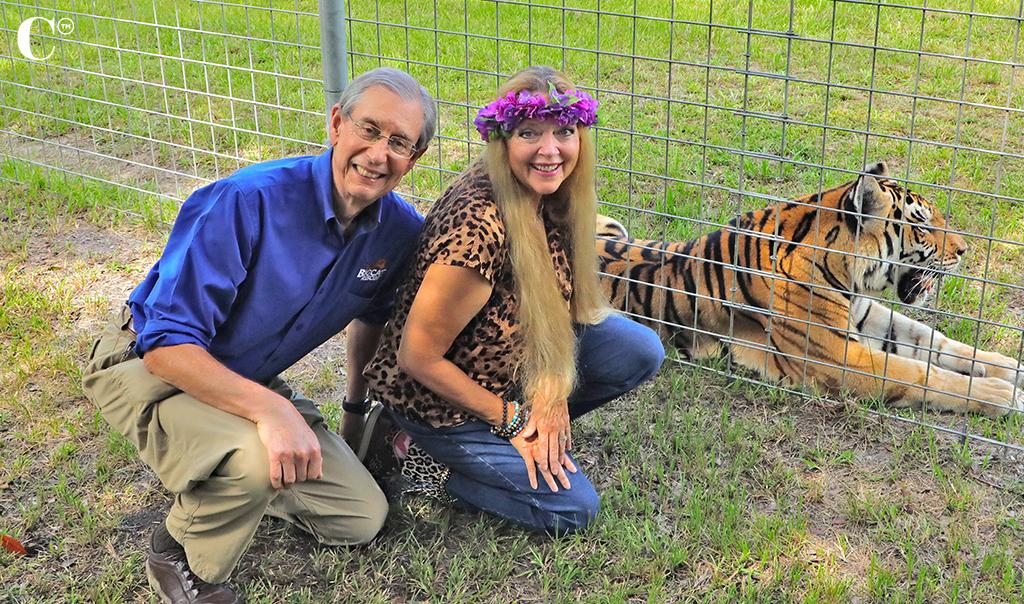 According to a Fox News report, Farr-Payne had gone to the police back in 2000 to inform them of what she knew. Fox News references an article from the Tampa Bay Times, which contains the following details:

As aforementioned, Baskin has always held steadfast to her claim that she had nothing to do with Lewis’s disappearance. CELEB reached out to her exclusively to get her response to the new allegations that Farr-Payne is making against her.

“I’ve caught Trish Farr in enough lies about her ever visiting Big Cat Rescue,” Baskin began with sharing with CELEB. 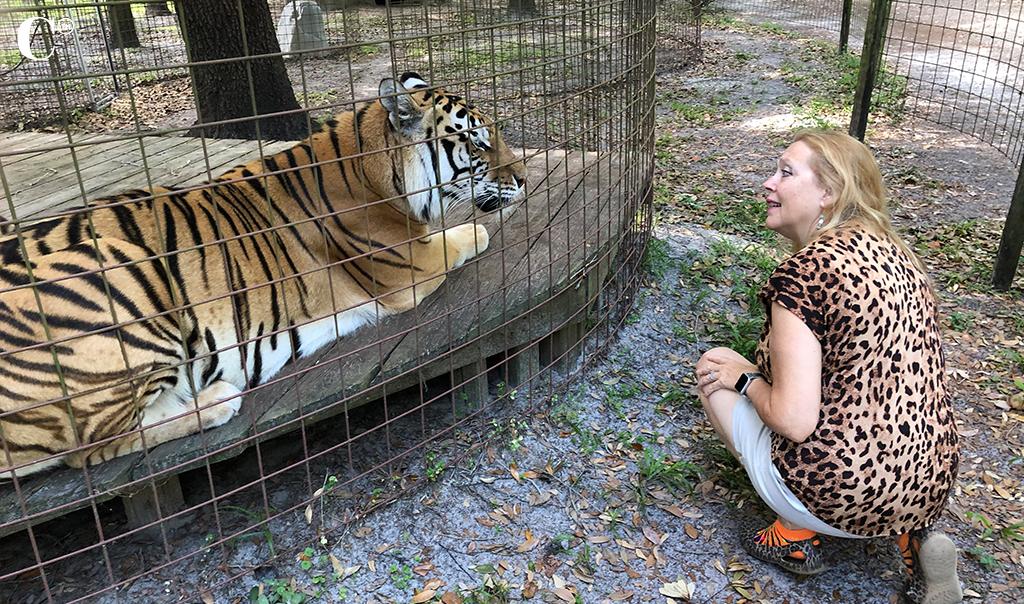 “And,” Baskin added, “her description of the meat grinder to cause me to believe she’s just seeking attention post-Tiger King and is using her 15 minutes to disparage her ex.”

In her response to CELEB, Baskin signed it “For the cats, Carole Baskin, CEO of Big Cat Rescue.”

“P.S.,” Baskin added in her quote to CELEB, “Remember to choose BigCatRescue.org/smile and Big Cat Rescue as your charity so that Amazon will donate .5 percent of your shopping dollars to the cats AT NO COST TO YOU!!!”

For those who want to see more of Baskin on their screens, some exciting news was reveled last week. Specifically, Baskin will be starring on the upcoming season of Dancing With The Stars. 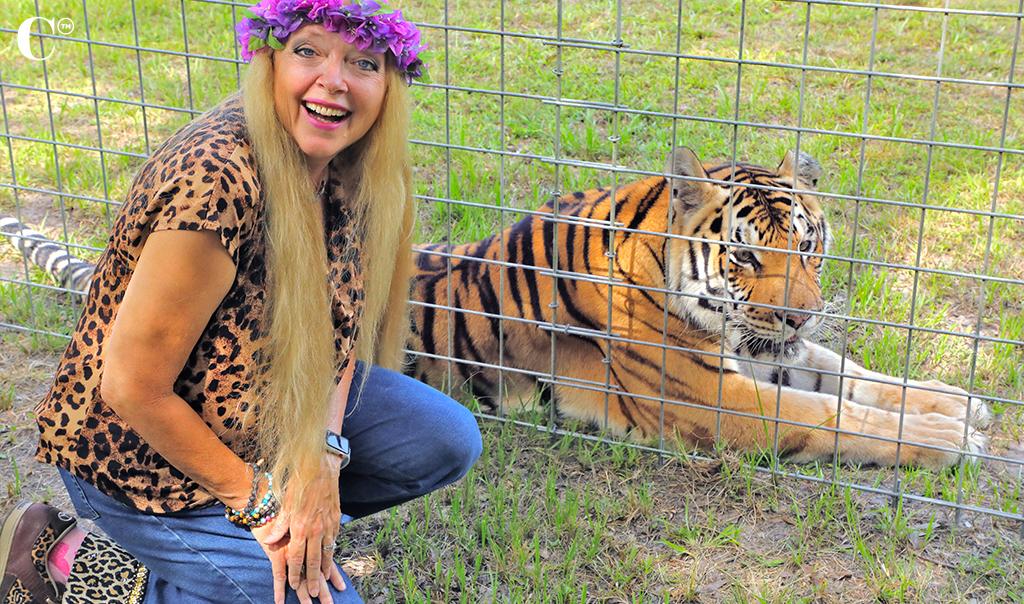 According to an exclusive TMZ report, Baskin is preparing for her stint on the show by doing the following:

TMZ also notes that Baskin has moved to Los Angeles for her stint on Dancing With The Stars, while her husband Howard (and her daughter, Jamie) have stayed in Florida to take care of Big Cat Rescue.