Carole Baskin Responds to Explosion of Carole Costumes in 2020: ‘I Just Can’t Live Up to The Image Anymore’

It’s almost Halloween and all across social media platforms, users and celebrities alike have been showing off their 2020 looks. 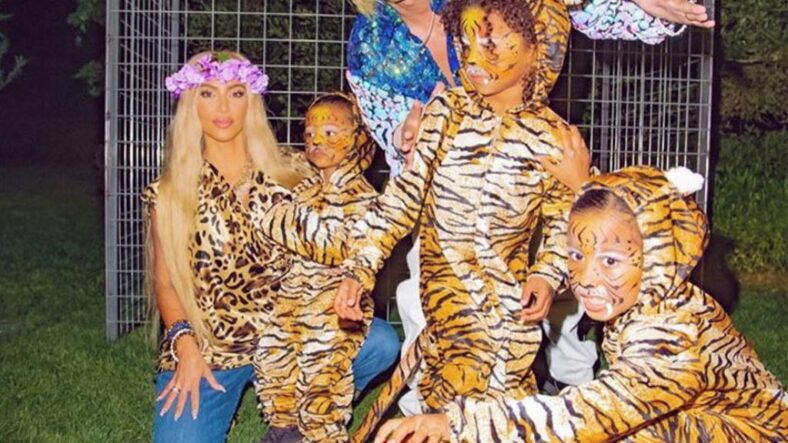 It’s almost Halloween and all across social media platforms, users and celebrities alike have been showing off their 2020 looks. This year, one of the most popular costumes is dressing up as none other than Carole Baskin; big cat rescue advocate and Tiger King sensation. After seeing mega-stars like Kim Kardashian imitate her look, Baskin is speaking out about the whole strange experience.

On Friday, Kardashian shared her Carole Baskin look. On an Instagram post, Kardashian posed in leopard print, flower crown, and a blonde wig, as her four children posed in tiger costumes next to Kim’s BFF Jonathan “Foodgod” Cheban. Cheban summoned the aura of Joe Exotic in a blonde mullet and blue Hawaiian shirt.

Kardashian captioned the image, “Carole Baskin, Joe Exotic and our tigers #Halloween2020.” Social media exploded in response to the clever costume, but reactions were mixed.

Some fans felt that dressing up as Exotic is a bad look. Exotic, whose full name is Joseph “Exotic” Maldonado-Passage, is currently serving 22 years in prison for conspiring to murder Baskin, and for killing endangered tigers to make room for new exotic animals on his property.

Other fans appreciated the spirit of the costumes and professed their intention to wear a similarly-themed costume this year.

In fact, Baskin costumes are so popular that well-known and reputable magazine Good Housekeepingpublished a guide to the, “10 Absolutely Wild ‘Tiger King’ Halloween Costume Ideas.”

Costume ideas include using orange housecats as tiger props, donning a long animal-print dress, or using friends to do a whole group theme.

Baskin reached out to CELEB to explain her feelings about the popularity of herself as a costume.

Baskin said, “After seeing Kim Kardashian’s beautiful version of Carole Baskin, I just can’t live up to the image anymore. I’ve seen so many clever renditions of my ‘look’ that we started a contest on our Facebook page and the winner, based on votes, will get a big cat sponsor kit. I just can’t express how weird it is to see total strangers donning flower crowns, cat prints and gaudy jewelry and channeling their inner Carole Baskin.”

However, Baskin hopes to turn the popularity into awareness; “I hope the lingering effects will be that they continue to think about all the big cats who are suffering and languishing in cages. As for seeing a lot of people posing as Joe Exotic, I hope that’s because they understand that killing healthy tigers because they are no longer profitable is evil, and not because of any misguided hero worship spawned by the mischaracterization of us both in Tiger King: Murder, Mayhem and Madness.”

Baskin continued with a mention of her next advocacy project; “I’m really hoping a big platform picks up the reality show we are working on with ThinkFactory because that will bring the issues facing captive wildcats and those who exploit them into sharp focus week after week until we can end the trade in exotic cats as pets, props and parts. “

It feels as though Kardashian’s rendition of Baskin brings the entire phenomenon of Tiger King full circle. What began as a fascinating but cult documentary on Netflix has worked it’s way into every aspect of 2020’s pop culture. Kardashian, at the top of pop culture and celebrity, proves that. While Baskin seems a little uncomfortable with the attention, maybe it will help her achieve her goal of expanding awareness about exotic pet ownership and abuse in the United States. As they say, the more people know, the more people can help.