Acquitted of Murdering her Daughter, Casey Anthony Speaks in New Documentary: ‘I Lied. But No One Asked Why’

On July 16, 2008, a 22-year-old Orlando mother named Casey Anthony was arrested on suspicion of the murder of her 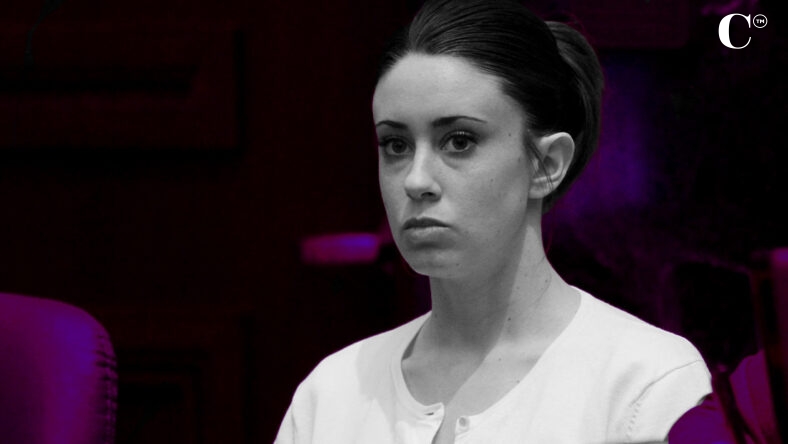 On July 16, 2008, a 22-year-old Orlando mother named Casey Anthony was arrested on suspicion of the murder of her daughter, Caylee Anthony.

In May 2011, a trial started which captivated the world.

A young single mother who seemed to have a penchant for partying and a dead 2-year-old girl were the subjects on everyone’s mind.

Speculation ran rampant with people speculating everything from the fact that little Caylee’s death was an accidental overdose and Casey panicked, to a much darker speculation among trial-watchers that Casey’s dad had been abusing Caylee and killed her to cover his crimes.

About a month and a half after the trial commenced, Casey was found not guilty of murder. She was convicted a few less serious crimes and sentenced to time served.

The whole case was a mystery, filled with lies, twists and turns – and more questions than answers.

Now in a new documentary, more than 10 years after the highly publicized, trial Casey Anthony is speaking out.

See: THE DARK PAST OF ‘ADVENTURES WITH PURPOSE’ FOUNDER JARED LEISEK FORCES DIVERS TO RESIGN AFTER CHILD RAPE CHARGES COME TO LIGHT

After 11 years, Casey Anthony breaks her silence for the first time on camera.

Casey Anthony: Where The Truth Lies, a 3-part limited series, premieres November 29 only on Peacock. pic.twitter.com/TMHXFQfiNA

Before looking at what Casey now has to say about her daughter’s death, it’s important to look back at the death of Caylee, the trial, and why people hold such a bad opinion of the Florida woman.

The facts in retrospect will be presented as they were understood during the trial, although if Casey’s account is truthful, it would change much of what we know about the timeline.

Now, over 10 years since she walked out of prison, Casey is having a chance to tell her side of the story – and she’s dropping some doozies.

PEOPLE reports, “During her extensive interview, Anthony drops several bombshells — and elaborates on allegations that she had been sexually abused by her father, George, and her brother, Lee. (Both men vehemently denied her claims in court and have never been charged. They did not return PEOPLE’s messages for comment.)

In the documentary, Anthony alleges that her father staged Caylee’s drowning in order to cover up that he may have been abusing his granddaughter.”

Casey recounts the last time she says she saw her daughter alive, June 16, 2008. “I wasn’t feeling that great, and I wanted to lay down. I had her lay in bed with me.”

She continues, “”I was awoken by [my father] shaking me and asking me where Caylee was. That didn’t make sense. She would never even leave my room without telling me. I immediately started looking around the house. I go outside and I’m looking to see where she could be.”

PEOPLE adds, “‘He was standing there with her,’ she says. ‘She was soaking wet. He handed her to me. Said it was my fault. That I caused it. But he didn’t rush to call 911 and he wasn’t trying to resuscitate her. I collapsed with her in my arms. She was heavy, and she was cold.’

Anthony says she went to stay with her then boyfriend, Tony Lazzaro — but didn’t tell anyone what had happened. She says she wasn’t under the impression that Caylee was dead.

‘During the 31 days, I genuinely believed that Caylee was still alive,’ she says. ‘My father kept telling me she was ok. I had to keep following his instructions. He told me what to do. I tried to act as normal as I could.'”

Casey says that there was no way Caylee could get into the pool on her own and believes her father placed her there intentionally to cover up his crimes.

In the documentary, she also recounts what she says she experienced at the hands of her father, explaining, “He’d put a pillow over my face and smother me to knock me out. That happened several times. I’m sure there were times where I was incapacitated as a child where my body was limp and lifeless.”

Anthony wonders if Caylee eventually became his newest victim. “That’s what I think about,” she says. “I wish every day I had said something to someone about something. Maybe then things would be different.”

Casey Anthony: Where The Truth Lies will begin streaming on Peacock on Nov. 29.